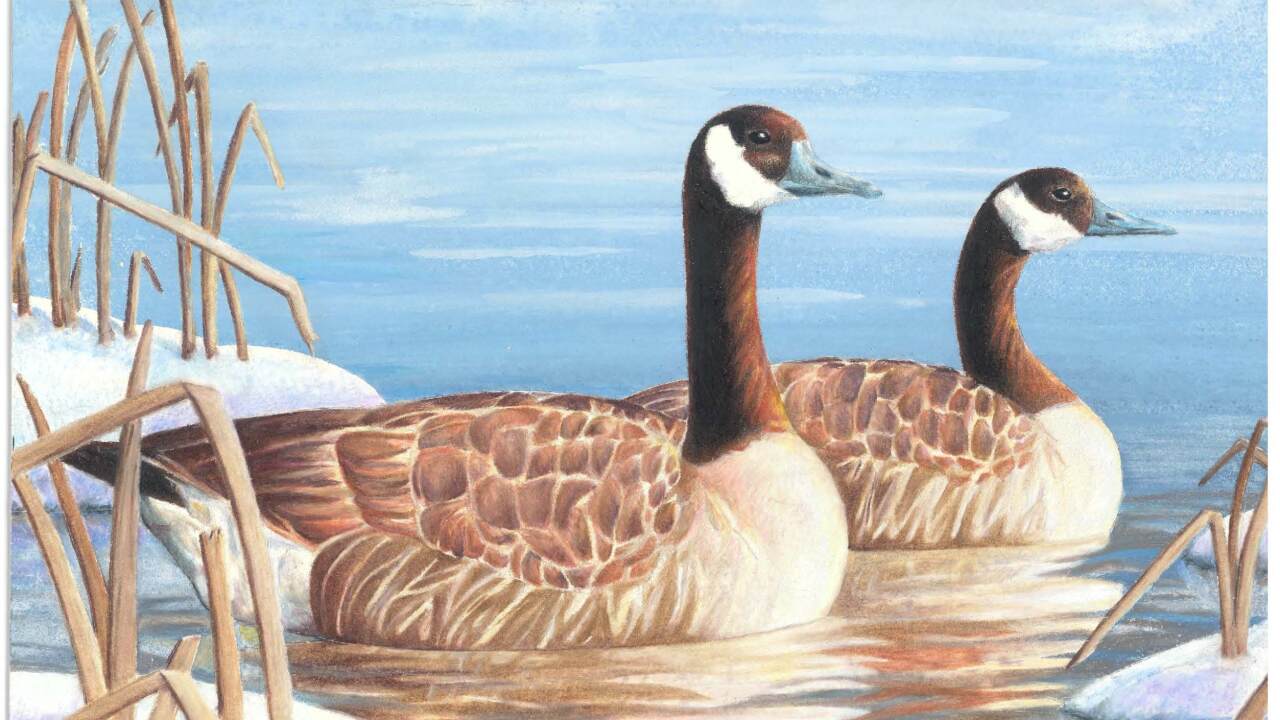 OGDEN, Utah – The winner of the Utah Junior Duck Stamp contest was announced on Tuesday as 17-year-old Brad Grey with a pair of Canada geese titled “Holiday Honkers”.

The judging event was held at the Bear River Migratory Bird Refuge on March 29th where the contestants artwork was evaluated by a panel of 5 judges including art educators and a wildlife photographer.

The panel of judges all agree that his work represents the waterfowl species well and shows excellent attention to detail.

The 17-year-old’s artwork will compete in the Federal Junior Duck Stamp Contest on April 22nd at the J. N. Ding Darling National Wildlife Refuge in Florida.

The Weber High School student competed in the 2015 Utah Junior Duck Stamp competition and claimed third prize at the time.