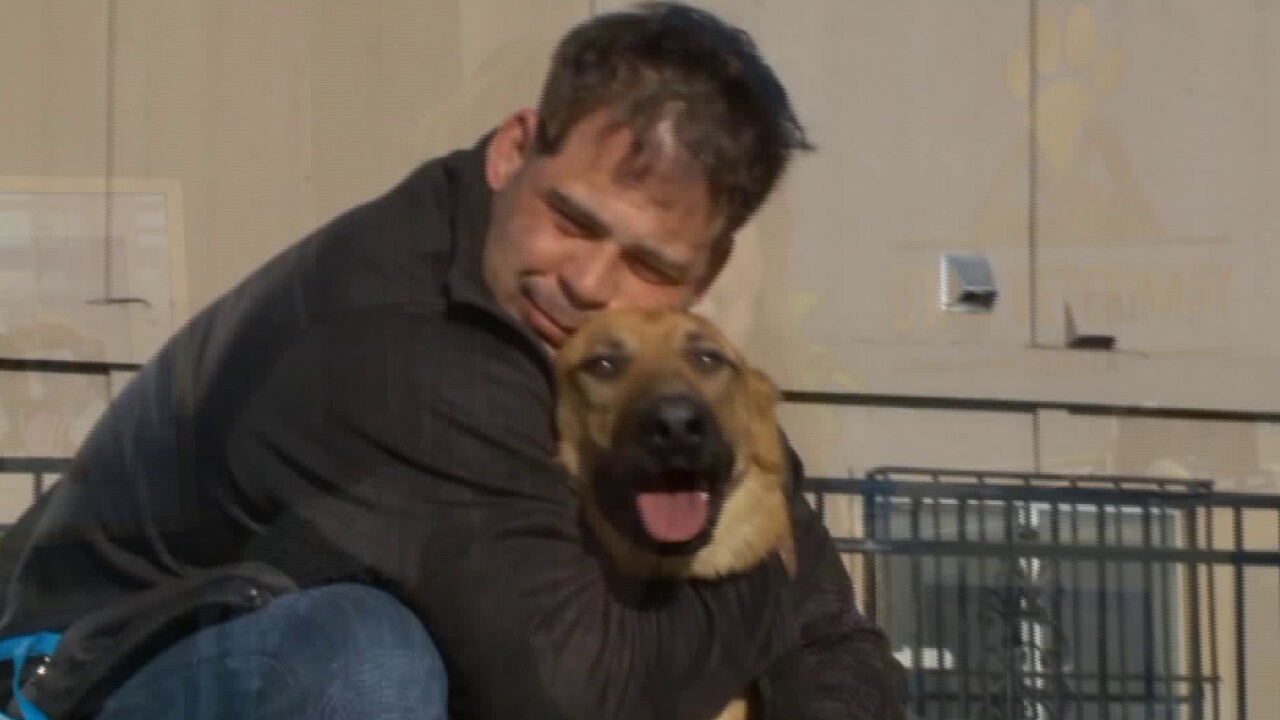 MIDVALE, Utah - A marine veteran has found his service dog after it went missing from his hotel room.

The dog, whose name is Raider, was found and taken to the Utah Vet Center on 308 West and 7200 South in Midvale.

Chris Galliher said, "He can tell when I get anxious and when I get irritable so he comes up and nuzzles me to remind me that everything is going to be okay."

Chris got Raider to help him with his difficult transition into civilian life after serving in Afghanistan.

The USMC veteran says that they were playing at the Discovery Inn when he opened the door and Raider took off.

The pair was supposed to be heading home to Spokane Washington after attending marine promotion and retirement ceremonies at Camp Pendleton.

Chris also said, "I got raider when I felt like I felt like I was in a dark cave and there was no chance of seeing the light again and getting him was like having a little glint of hope."

Raider's owner suspects that his furry companion may have caught a glimpse of a squirrel which led to him running away so quickly.