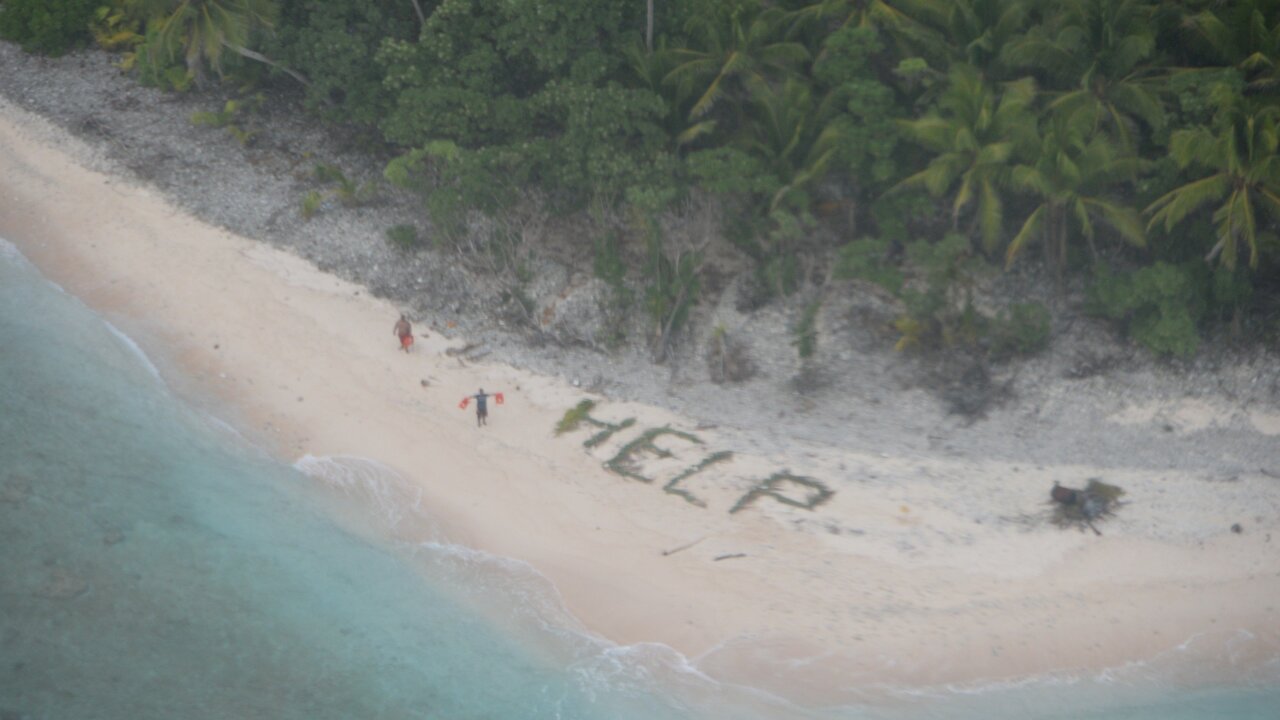 Federated States of Micronesia (April 7, 2016) One of three men discovered by a U.S. Navy P-8A Poseidon maritime surveillance aircraft after their 19-foot skiff capsized after setting out to sea from Pulap, FSM, three days earlier, waves lifejackets to attract attention on the uninhabited island of Fanadik. The P-8, attached to Patrol Squadron (VP) 5, and operating from Misawa, Japan, responded to a call for assistance from the U.S. Coast Guard and located the men as they waved life jackets and stood next to a large “help” sign made of palm leaves. The men reported their vessel was capsized by a large wave a few hours after their departure on April 4, and spent the night swimming until they arrived at Fandadik Island, approximately four nautical miles from Pulap. A small boat from Pulap recovered the men from the island with no reported injuries. VP-5 is in the midst of a routine deployment to the U.S. 7th Fleet area of operations. (U.S. Navy photo/Released) 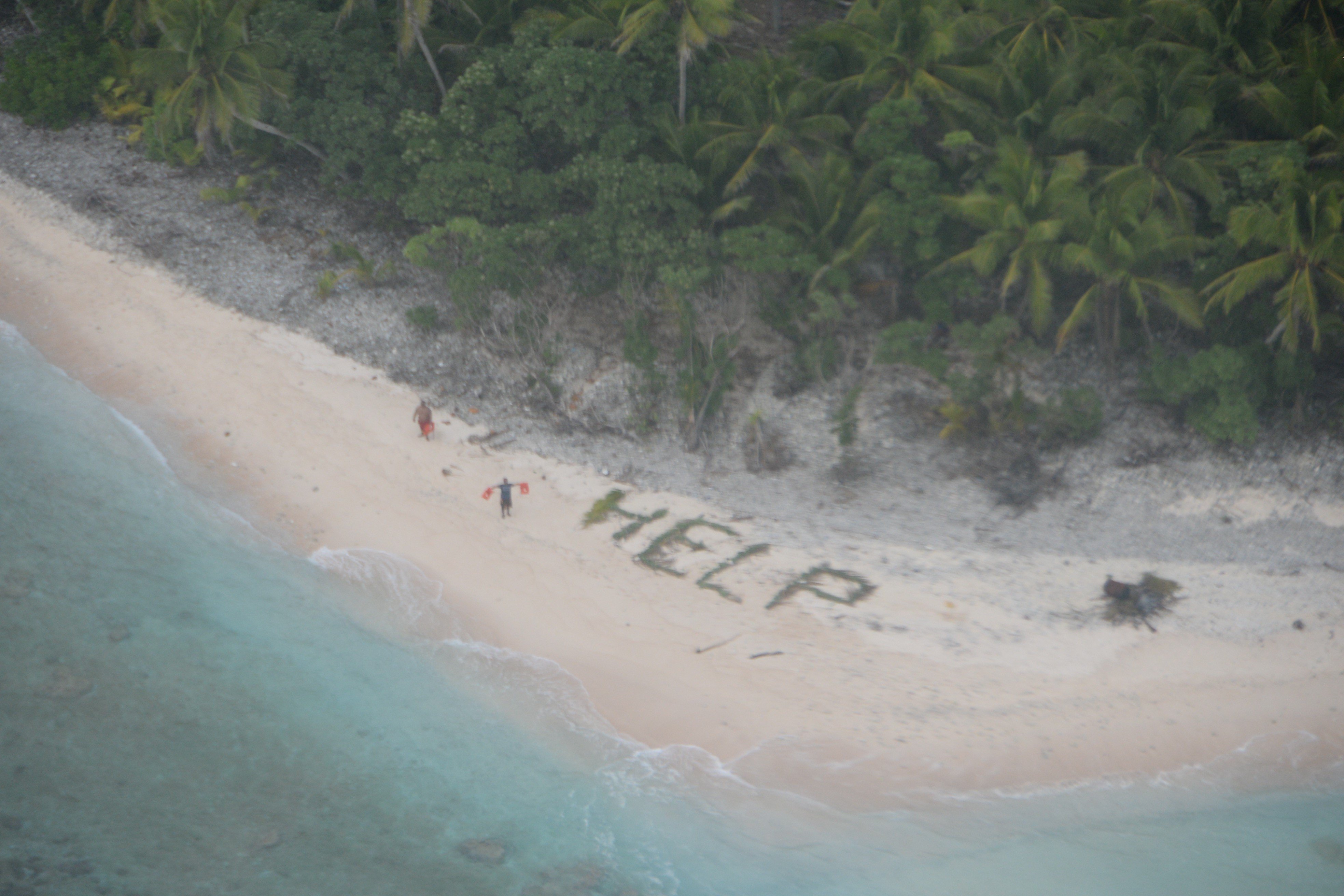 The castaways who constructed the makeshift S.O.S. had been stranded on Fanadik Island for three days, according to the Coast Guard. This island lies about 2,600 miles southwest of Honolulu.

Their small vessel had been swamped by a large wave and the sailors were forced to swim two miles to shore at night, Chief Petty Officer Sara Mooer, a spokesperson for the Coast Guard, told CNN.

The Coast Guard was notified that the three men were missing Tuesday morning.

The remote island is part of the Federated States of Micronesia, which is comprised of more than 600 islands. The Coast Guard carries out search and rescue operations for the region due to a lack of local capacity.

A Coast Guard command center based in the U.S. territory of Guam coordinated the assistance of the U.S. Navy to help in the search effort. A Navy P-8 aircrew operating out of Misawa Air Base in Japan spotted the “help” sign and the castaways waiving their life jackets Thursday morning.

Mooer said that the U.S. Coast Guard has carried out seven separate search and rescue missions in the area since March 28. She added that these rescue efforts have helped save 15 lives.

“There are not a lot of resources in that region. It’s very small and very remote,” Mooer said.

To help cover the vast amount territory, the Coast Guard coordinates with the Navy and enlists the help of volunteer civilian vessels. Ten of these civilian vessels contributed to the seven search operations over the last two weeks.