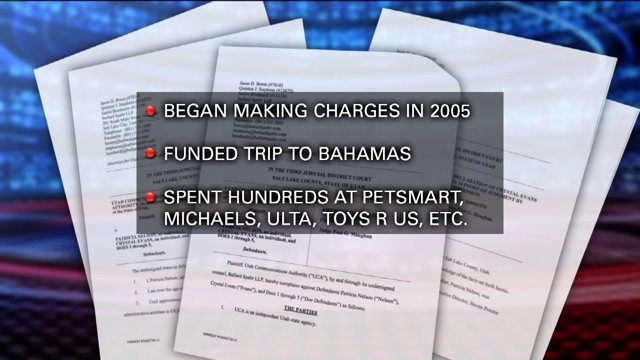 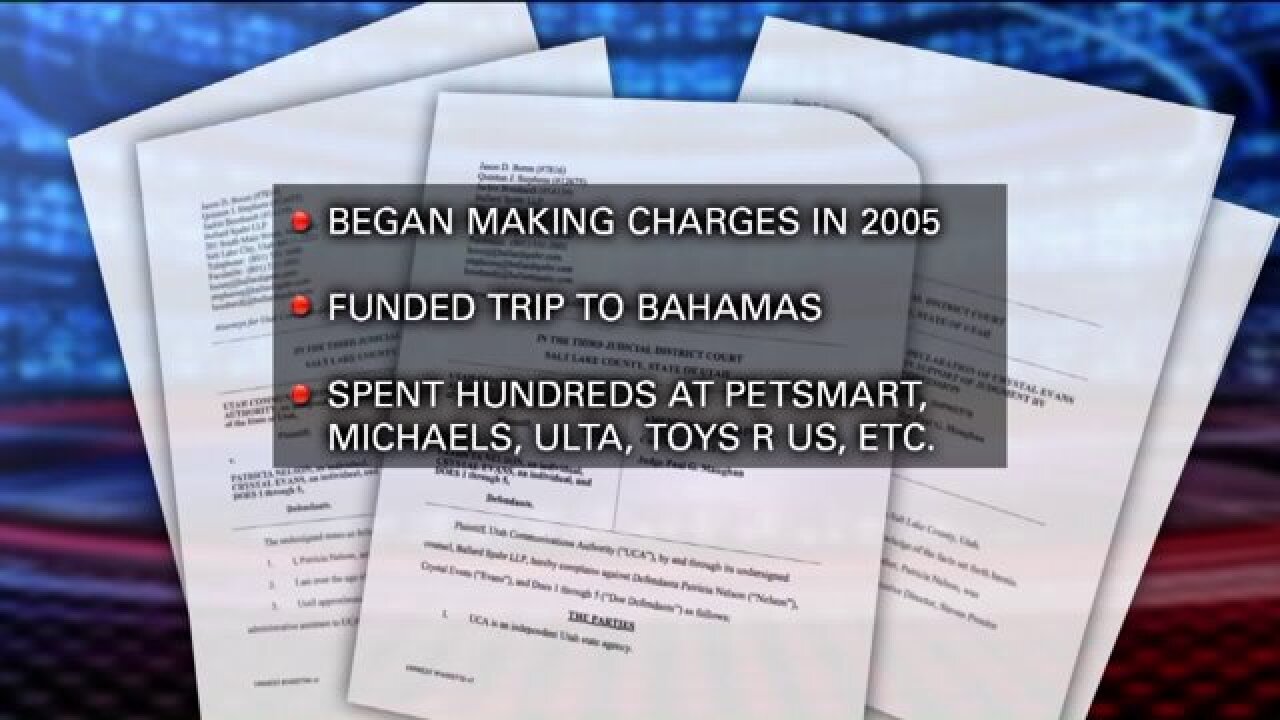 SALT LAKE CITY -- The agency that maintains Utah’s 911 system stated Friday one of their employees and a family member allegedly used agency credit cards fraudulently to the tune of more than $1 million over the course of several years.

The Utah Communication Authority stated the employee in question has been fired, a civil lawsuit has been filed, and police are investigating the alleged case of embezzlement for criminal charges.

According to affidavits filed in court, the two women admitted to taking around $1 million. The employee is identified in the affidavit as Patricia Nelson and the family member, her daughter, as Crystal Evans.

Documents state some of the charges included more than $6,000 for a trip to the Bahamas, as well as hundreds swiped at stores like PetSmart, Michaels, Ulta, Nordstrom and Toys R Us.

The Bahamas charge was reportedly done through PayPal, and Nelson said she accidentally gave her daughter a UCA credit card for that expense.

In Nelson's signed admittance, she said she started using UCA credit cards for personal expenses as early as 2005.

She told investigators she and Evans used up to five different UCA credit cards for purchases.

Residents in Nelson's neighborhood said she has been a great neighbor and that she and her husband have led a modest life in their Sandy home since the 80s.

He grew up across the street from Nelson, and also knew Evans because they grew up together. He and other neighbors were shocked to learn of the allegations against Nelson and Evans.

"Mind blowing," he said. "It's a shock when you hear something like that from someone that's good people. It's hard to wrap that around."

FOX 13 News got a hold of Nelson, who deferred us to her lawyer. Lawyers for the state have not returned calls.

UCA has hired a new, independent accounting firm on an interim basis to handle all financial matters. The Executive Director has also resigned.

The Office of the Utah State Auditor confirmed to FOX 13 News they were in the process of conducting an audit, but they said they could not offer any further comment at this stage.

According to the press release, the UCA is an independent agency of the State of Utah that is primarily responsible for operating and maintaining public safety radio networks, managing Utah’s 911 program and enhancing and supporting emergency communications throughout the state.