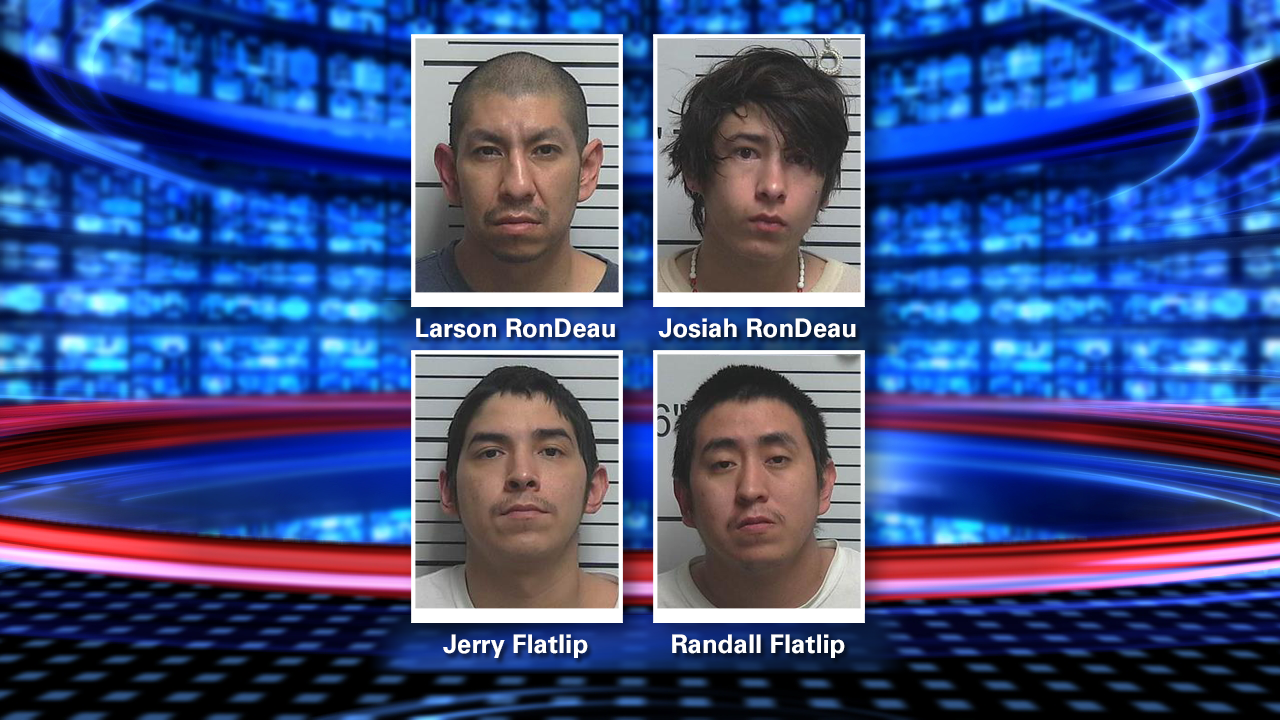 VERNAL, Utah -- Four men were booked into jail on felony charges after they allegedly raped a 9-year-old girl while her mother was smoking methamphetamine in a garage with a friend.

According to a statement of probable cause filed March 30, the alleged assault occurred Easter Sunday at a home in Vernal.

The 9-year-old victim was with her mother at that home, where the mother was hanging out with a friend she met while incarcerated in jail. As the 9-year-old girl slept on the couch, her mother and that friend agreed to go into the garage and get high on methamphetamine.

When the mother returned, her daughter was on the couch but her clothes were in disarray and she seemed upset and wanted to go home. The next day, the girl reported that four men inside the home had taken her into a bedroom before taking turns raping her and then sodomizing her.

The girl reported that while one of the men was raping her, he told her he would kill her if she ever told anyone about what was happening.

The girl's mother notified police, who responded to the home. One of the four alleged rapists was identified by the victim from a photograph, and 36-year-old Larson James RonDeau was taken into custody.

RonDeau told police that the other three men had traveled to Montana for personal business along with the woman who the girl's mother had been there to visit, Glynda RonDeau. He told police he wasn't sure when they would return to Utah.

According to a press release from the Uintah County Sheriff's Office issued Sunday, the other three men accused of the rape were arrested March 31 and April 1. Those men are 20-year-old Josiah RonDeau, 29-year-old Jerry Flatlip, and 26-year-old Randall Flatlip.

Officers executed a search warrant and located evidence relating to the sexual assault, such as bloodstained bedding, as well as marijuana and drug paraphernalia.

Larson RonDeau was advised of his Miranda rights and agreed to answer questions without an attorney present, according to the PC statement. The man verified the girl was in the home during the time when the alleged assaults occurred, however he denied any involvement in the incident.

The PC statement indicates he, "did proffer the other three men could have been involved, or responsible, but not him."

Larson RonDeau was booked into the Uintah County Jail on one count of rape of a child and one count of sodomy of a child. Both charges are first-degree felonies.

The other three men have also been booked into jail and face one count each of rape of a child and sodomy of a child as first-degree felonies.

Uintah County Sheriff's Office stated Sunday the 9-year-old victim is being cared for in state custody rather than remaining in the care of her mother at this time.