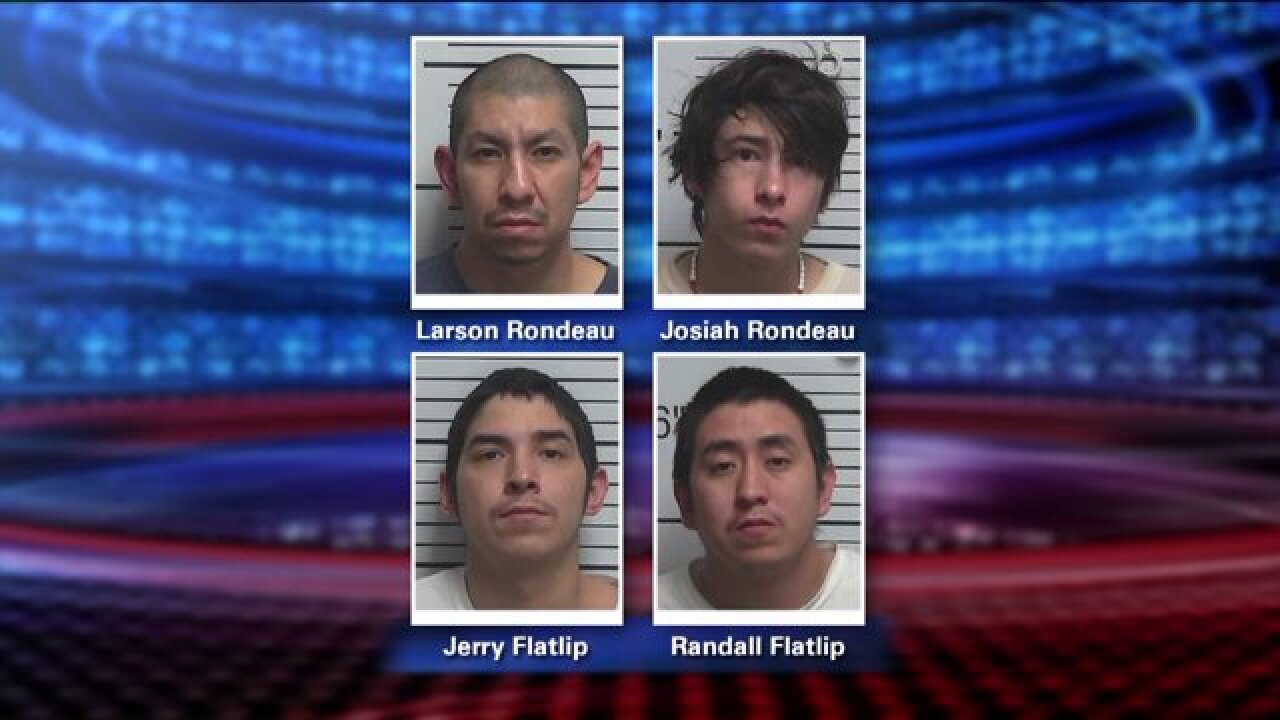 VERNAL, Utah -- A woman is seeking justice after her 9-year-old granddaughter was allegedly raped and sodomized by four men on Easter Sunday in Vernal.

The girl was allegedly raped and threatened by the men while her mom was getting high in a garage while visiting a friend on Easter Sunday. Four suspects have been arrested in the days following the alleged attack.

In order to protect the identify of the alleged victim, FOX 13 News has withheld Elizabeth's full name and has obscured her face in interviews.

“I want hardcore punishment for what they have done to this child, because that shouldn’t happen to anybody” Elizabeth said.

The woman's granddaughter was allegedly taken from a couch by the men, who then took turns raping and then sodomizing her in a back room. One of the men allegedly told the girl he would kill her if she ever reported the incident, and the threat was made during the alleged rape.

“My granddaughter doesn’t deserve to go through this," Elizabeth said. "I’m very, very disgusted with people like that."

Corporal Brian Fletcher, Uintah County Sheriff's Office, said the young girl has been taken into state custody for the time being.

“Very heinous alleged crime that took place," he said. "Our investigators have worked very hard in order to make sure that the victim is taken care of.”

Fletcher said the age of the victim makes the alleged crimes all the more troubling.

“The victim's rights are paramount here, especially when we're dealing with children," he said. "It affects all of us when these crimes occur."

Four men have been booked into jail and they face one count each of rape of a child and sodomy of a child. Both charges are first-degree felonies. The suspects are: 36-year-old Larson James RonDeau, 20-year-old Josiah RonDeau, 29-year-old Jerry Flatlip and 26-year-old Randall Flatlip.

The men were arrested after police executed a search warrant at the residence where the alleged rape occurred. Authorities found bloodstained bedding as well as other evidence corroborating the victim's account of events.

"They need to understand: You do not let people like that get away with anything," she said.