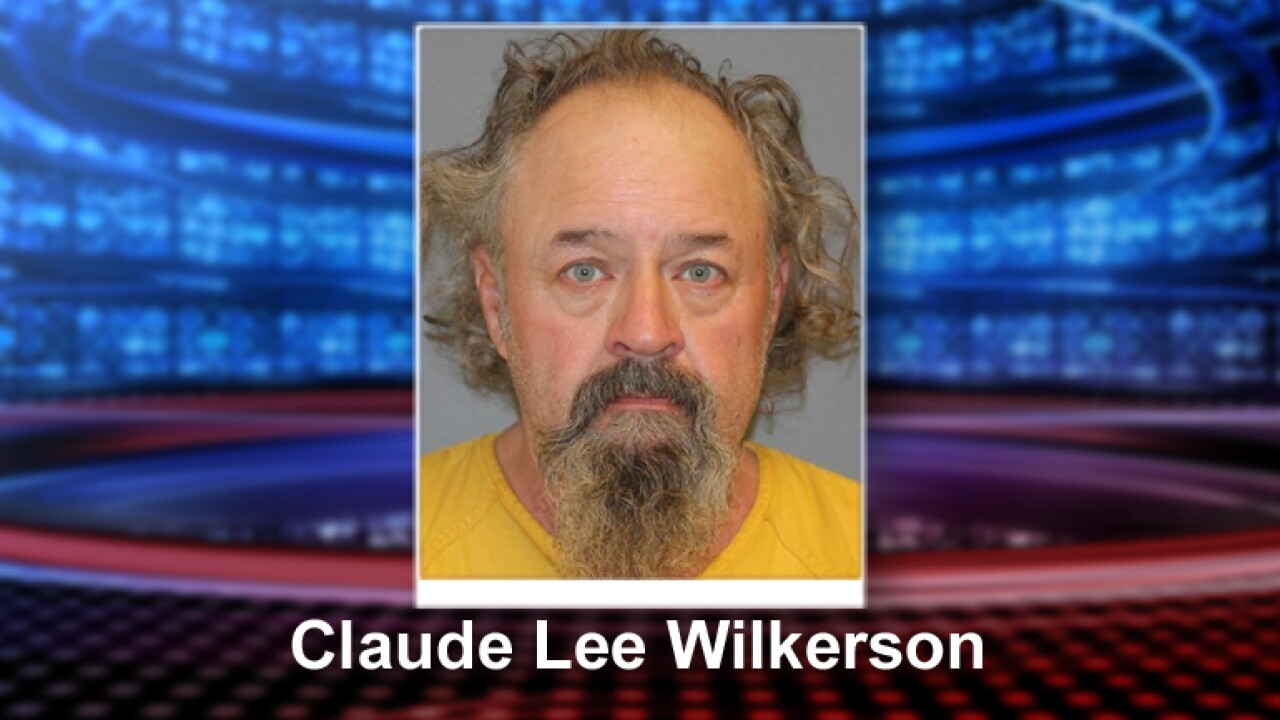 By Sara Weisfeldt and Michael Martinez

(CNN) — When someone begs police to arrest them, it’s a clue something is amiss.

Such a request was made by a woman who was staying at the rural Colorado home of Claude Lee Wilkerson, 61. Police showed up to the home after receiving a tip about a woman possibly needing help.

Once in police custody, the woman accused Wilkerson of chaining her to a bed and making her a sex slave for months. She was eventually unchained, which is how police met her. But the woman, who was homeless, feared that Wilkerson would kill her with a Grim Reaper’s neck wringer if she ran away in remote western Colorado.

So she pleaded to be arrested and taken away in a police car.

Now Wilkerson is facing several charges, including kidnapping, sexually assaulting and imprisoning the woman, who’s in her 20s.

A dramatic facet to the case is how Wilkerson, also known as “Tex,” was once a Texas death row inmate who was later freed after his confession to police was thrown out by the court.

A death sentence in Texas

Wilkerson had been sentenced to death in 1979 in Harris County, Texas, after he confessed to his involvement in an armed robbery of a jewelry store where three witnesses were murdered.

But the convictions were dismissed in 1983 because police interrogated him without his attorney present, though he requested an attorney, according to Wilkerson’s then defense attorney Stanley Schneider.

Wilkerson later moved to Gateway in rural western Colorado about 300 miles southwest of Denver. He was arrested in Gateway on February 21 on charges relating to the woman’s accusations.

Began with a welfare check

The case began when police went to Wilkerson’s home last month to do a welfare check on the woman after receiving a tip that she was being tied to a bed.

Wilkerson’s front yard was strewn with overgrown trees and junk.

According to the arrest affidavit, the woman wasn’t chained to the bed at the time of the police visit, but she seemed uncomfortable during the welfare check and positioned herself between Wilkerson and the visiting sheriff’s deputy.

She quietly told the deputy twice that she wanted to be arrested on an outstanding $50 arrest warrant, the affidavit said.

The deputy informed her that he didn’t plan to arrest her, but the woman persisted.

“Can you arrest me on my warrant please?” she insisted to the deputy.

The officer then arrested her, and she later told police she had been “afraid of what would happen if she tried to leave” Wilkerson’s property, according to the affidavit.

During the ride to the police station, the woman told police she had been homeless and agreed to do yard work and house cleaning for Wilkerson but never got paid.

But the 6-foot, 230-pound Wilkerson allegedly chained her to a bed for nearly four months and forced her to have sex with him twice daily, according to the affidavit. One leg was usually left unchained, the document said.

The victim alleged that Wilkerson forced her to have sex with him on the bathroom floor sometimes as punishment and that she was treated like a pet and would be rewarded for good behavior.

But in the couple of weeks before the police visit, Wilkerson allegedly chained her hands to the front of her body instead of behind it and eventually started taking the chains off her because of her good behavior, the affidavit said.

She didn’t try to escape for fear of punishment as there were “saws laying everywhere” and he claimed he had a “neck ringer,” which he said was “the weapon carried by the Grim Reaper,” she told police.

Also, according to the affidavit, a runaway teen girl who was staying at the Wilkerson home admitted to police that she helped Wilkerson chain the homeless woman last fall after the woman had been there for a couple of days.

The teenaged girl told police that after some research on which chemical to use, she put diesel engine cleaner on a rag and tried to cover the homeless woman’s mouth and nose to make her pass out while Wilkerson chained her to the bed, according to the affidavit.

Police are not providing more information about the runaway teen, only to say that she was no longer at Wilkerson’s home when he was arrested.

Sgt. Henry Stoffel of the Mesa County Sheriff’s office told CNN that the accusations are a “unique case.”

Mesa County is a rural area with a “close-knit community where everybody knows everybody,” Stoffel added.

“It’s almost unbelievable. You hear these stories, this young lady being chained up, and being sedated, using various chemicals to make her stay there, and then being sexually assaulted repeatedly while there,” Stoffel told CNN affiliate KKCO.

Former Houston police detective Earl Musick took Wilkerson’s confession back in the 1970s in Texas, and he told CNN that he is “shocked that it took him (Wilkerson) this long to get into trouble again.” Musick is now a defense attorney.

Musick said he wished the Houston Police Robbery Division would have waited for Wilkerson’s attorney.

In all, Wilkerson is charged with 10 counts: two counts of kidnapping, four counts of sexual assault, and one count each of false imprisonment, assault in the third degree, contributing to the delinquency of a minor and harboring a minor.

Wilkerson, who is being held on $1 million bond, will next appear in a Mesa County court on May 2.