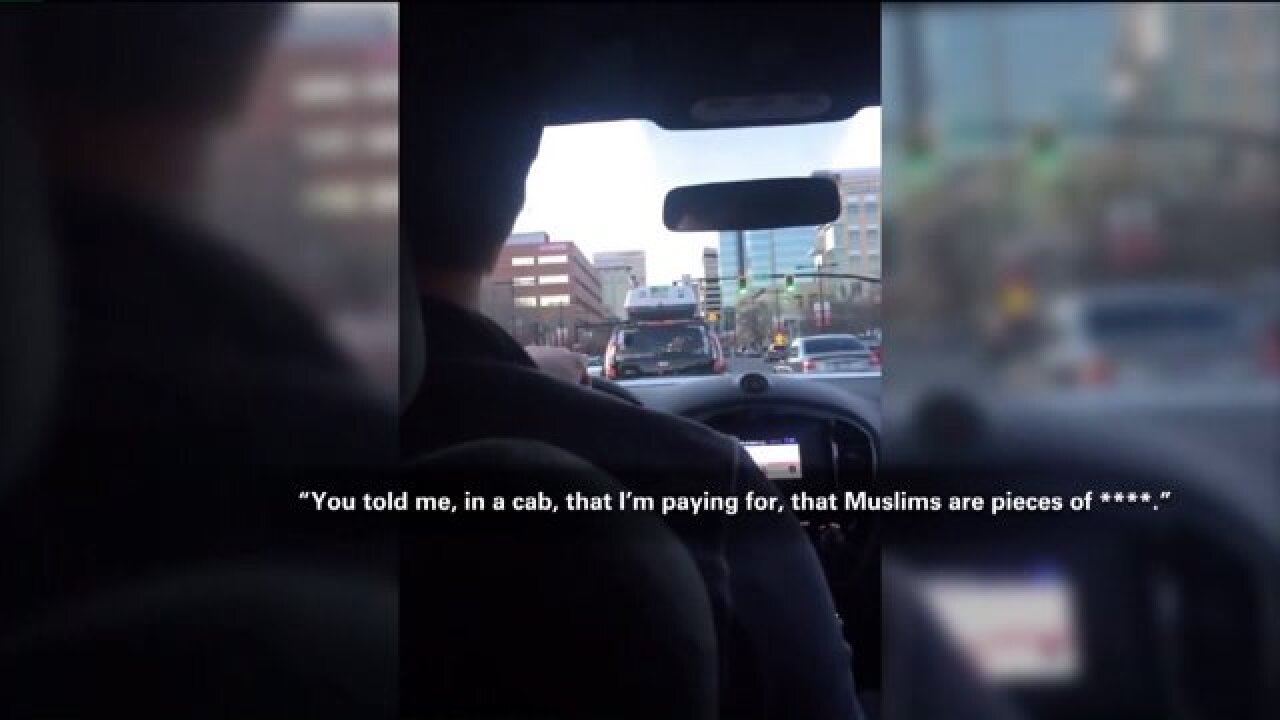 SALT LAKE CITY -- Political discussions can certainly get heated, but what happened during a Lyft ride in Salt Lake City Wednesday was over the line, according to one passenger.

Samuel Grenny said his driver, Dave, went on a bigoted rant and even threatened to hurt him.

Grenny and his girlfriend were on their way to a Bernie Sanders event, but they said the driver wanted to talk about Donald Trump.

“I explained where we were going and what it was for, and very quickly he seemed to tense up about it,” Grenny said.

Grenny said the car ride quickly escalated out of control.

“He started to say that Muslims categorically are terrorists,” Grenny said. “And then he proceeded to call Muslims pieces of crap, but a much unkinder word than that. At that point my girlfriend started videotaping, she was very shaken.”

Portions of the exchange were captured on camera. See the embedded player above for that video, which has been edited for profanity.

Grenny said the encounter made him nervous things might get physical.

“I felt prepared for the possibility of a physical confrontation,” he said.

The passengers were kicked out well before their final destination.

Driver: “Get the [expletive] out you piece of [expletive]."
Grenny: “Good luck buddy.”
Driver: “[Expletive] get out of my car.”

Grenny alerted Lyft about the driver, and he said within 24 hours they sent him an apology and a refund. Lyft released this statement to FOX 13 News.

“Lyft is committed to maintaining an inclusive and welcoming environment, and discrimination and racism are not tolerated. This driver’s access to Lyft has been permanently removed.”

“If he goes and picks up a Muslim who is in full garb, does he not pick them up, is he rude and horrible to them? I don’t think there is a place for someone in the service industry who can’t treat all humans fairly,” Grenny said.