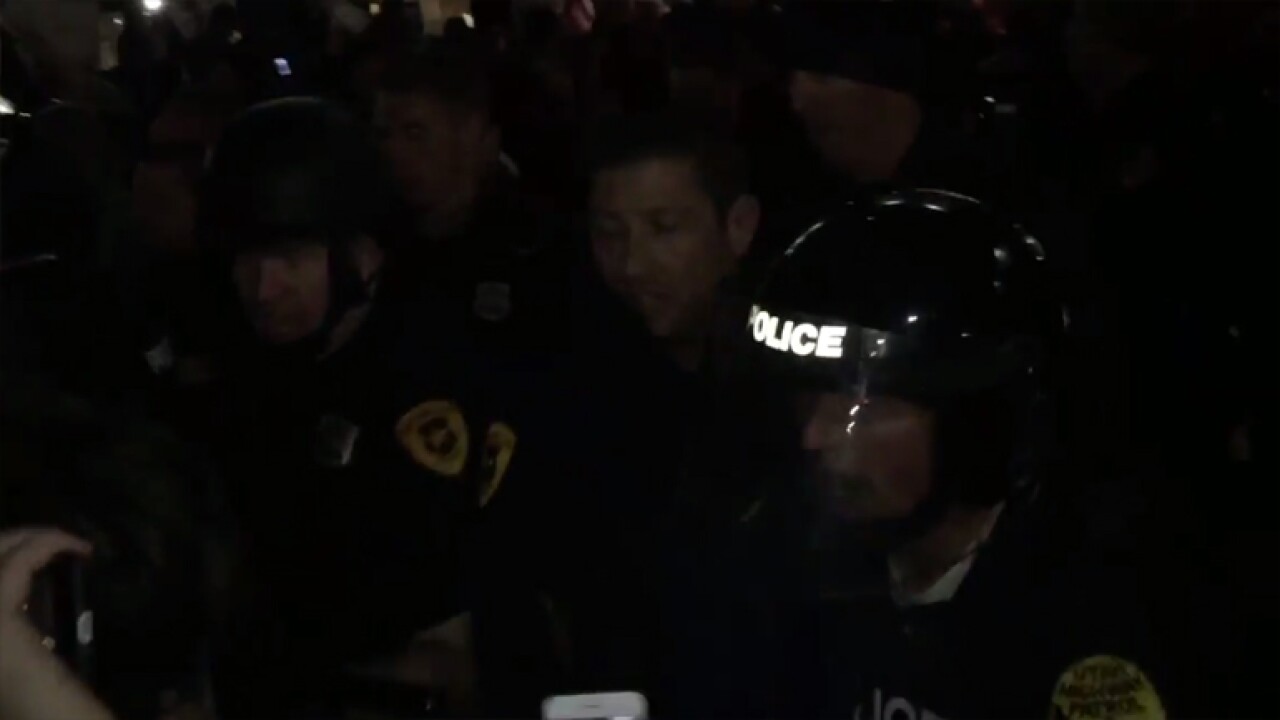 In the video, the protesters can be heard shouting "Trump Stinks!"

In another clip, protesters appear to tear down a security tent and can be heard yelling "Shut it down!"

The clips were captured by FOX News correspondent Peter Doocy. Later Friday night, things calmed down in the vicinity as the rally ended and the crowds ultimately dispersed.

FOX 13 also received a report of rocks being thrown at people exiting the Infinity Event Center, where Trump made his first appearance in Salt Lake City this campaign season.

FOX 13 News' Lauren Steinbrecher spoke with protesters and police about their take on Friday night's events, see below for her report.

"Like I said, overall, you know our officers were on standby, we were just hoping everything was peaceful, and, no problems whatsoever, and fortunately it turned out just as we anticipated," said Det. Cody Lougy with the Salt Lake City Police Department.