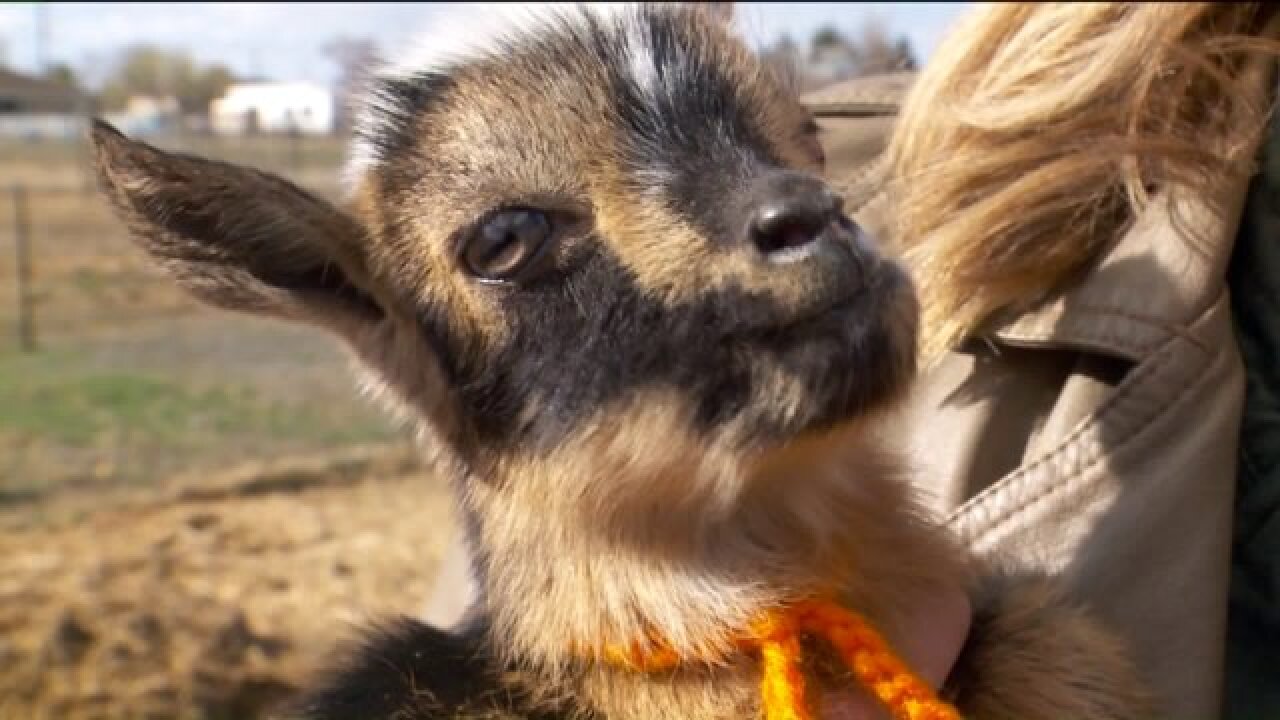 WEST HAVEN, Utah -- You goat to be kidding me. What is better than one baby goat? How about six?

One West Haven family is making their way into the world record book after one of their goats gave birth to a littler of six kids.

One-week-old Jemma frolics around a mini farm in West Haven. The beyond-adorable animal is a Nigerian Dwarf Goat. Her mom, Stella, is recovering after giving birth to a staggering litter of six.

“Surprised, very, very surprised: Shocked, we couldn't believe it,” said Angela Black, who helped deliver the goats last Thursday. She says it was no ordinary labor.

Most goats give birth to two or three kids at a time.

“Four is rare, five is unheard of, six is very unheard of,” Black said.

But not for Stella. During delivery, the goats just kept coming until there were six. It’s a number that ties for the Guinness World Record for the most goats in a single litter. That record was set ten years ago in Pennsylvania, where only five of the six kids survived. But all of Stella’s kids are healthy and thriving.

“We are very happy and surprised and just tired, but not as tired as mama,” Black said.

All six of the goats are already sold, but they will stay with their mom for a couple more weeks. Angela has contacted the world record book and she expects to hear back in 12 weeks.