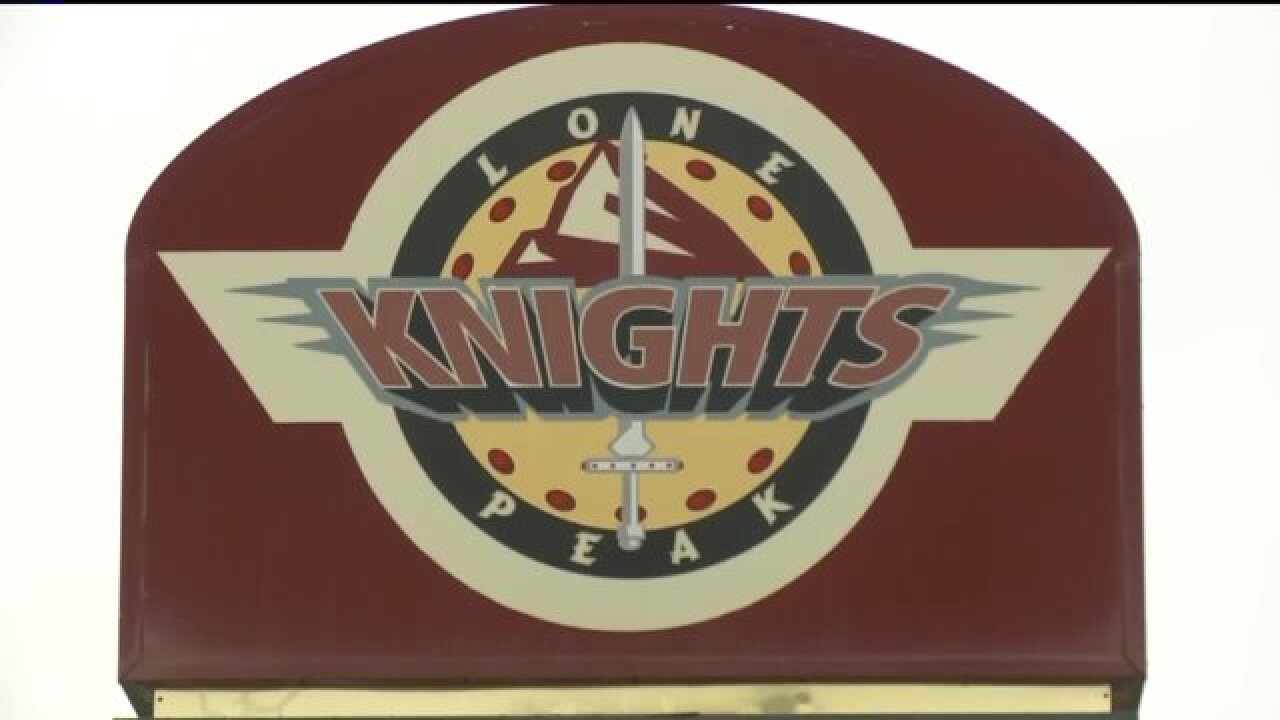 HIGHLAND, Utah -- Students at Lone Peak High School are upset with their English teacher after they say she forced them to talk about their deepest secrets in class.

It all began with the book "Speak," about a teenager with a deep secret. Later in the book it turned out the secret was she had been raped.

Teachers decided to branch out and ask their students to write down their own secrets but some students say these secrets are too serious to be discussed in class.

"They attempted suicide, that their dad had been in jail for five years, they were addicted to drugs," said sophomore Cody Collins.

These are just a few of the secrets that Collins said his classmates were forced to talk about in their 10th grade English class on Monday. He said it was uncomfortable because it was so real.

"It just got quiet for a few minutes, and nobody seemed to talk and this weird vibe came into the room," Collins said.

The Alpine School District said every secret on display was typed and anonymous. The point of the assignment was to let students know everyone has problems, and help is available.

"There are lots of things that weigh on kids’ minds, especially teenagers -- you know there are a lot of things that you are dealing with," said Kimberly Bird, Assistant Superintendent of the Alpine School District.

Sydney Conlee said she is all in favor of students getting the help they need, she just doesn't think a 10th grade English class is the right place.

"So I raised my hand and I said that we shouldn't feel pressured to talk about anyone's secrets in class. We don't know whose secrets they are but it still can hurt their feelings and ours," said sophomore Sydney Conlee.

While many students didn't respond at all, others responded the wrong way.

"They would laugh about them and giggle and talk to their friends about it and it would be hard if that was your secret and you would see people laughing about it and making jokes about it," Collins said.

The Alpine School District stands by the assignment.