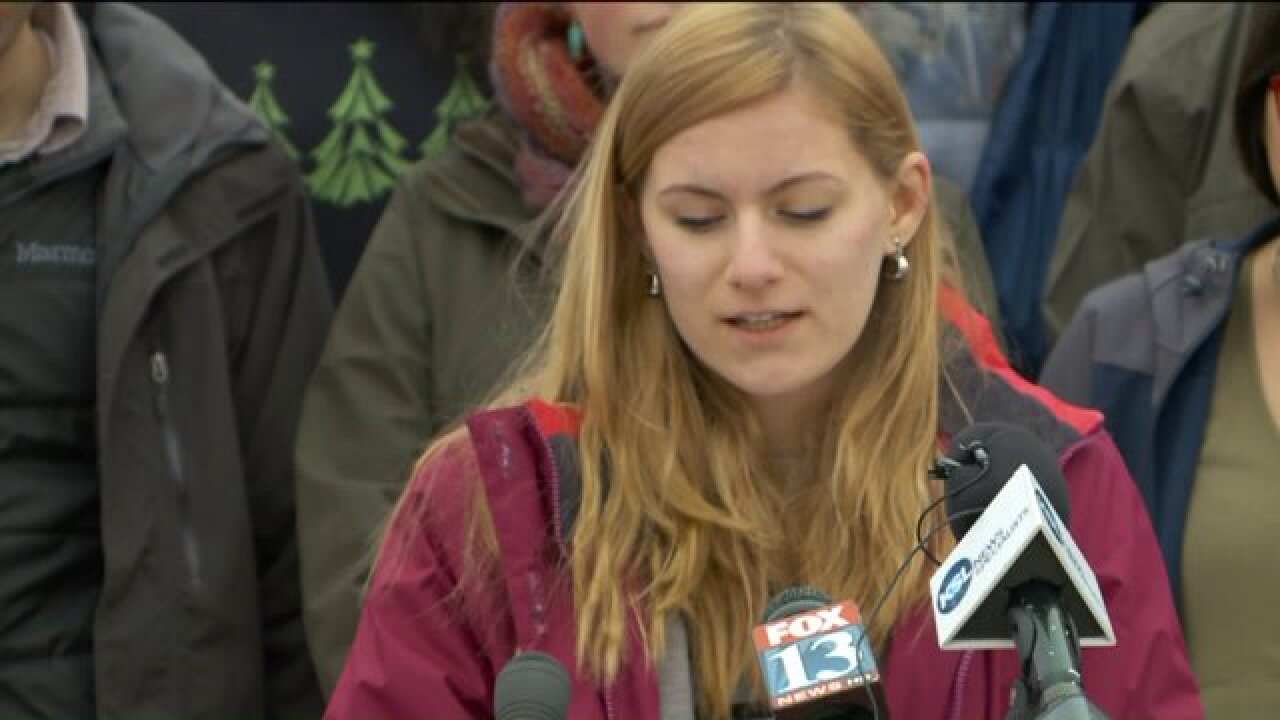 SALT LAKE CITY – We may be in the thick of March Madness, but some college and university students are pushing rivalry aside to protect Utah’s wildlands.

Students vowed to fight against Congressman Rob Bishop and Rep. Jason Chaffetz’s proposal for 18 million acres of federally managed lands in the state.

“It strips protections and endangers some of the most unique and magnificent landscapes on earth,” said Eyrie Horton, a Westminster College student.

“We support use of the Antiquities Act to create Bears Ears National Monument in southern Utah securing these lands for our future,” Anasari said.

Bishop spoke to FOX 13 News over the phone Tuesday, saying the draft is a good compromise.

“We are already preserving in some way two-thirds of the land that was requested,” Bishop said.

The Governor’s Office released this statement:

“We received a letter today from Utah students regarding the Public Lands Initiative. The governor appreciates their involvement in the legislative process and would encourage them and any other interested citizens to submit their comments to Utah's congressional delegation as the Public Land Initiative is still in draft form." Jon Cox, spokesman for Governor Gary Herbert.

Bishop said he has yet to receive the students’ letter.

“If they had specific ideas, specific language to the bill, they know how to reach me,” Bishop said.

Bishop said he will submit a final draft soon.