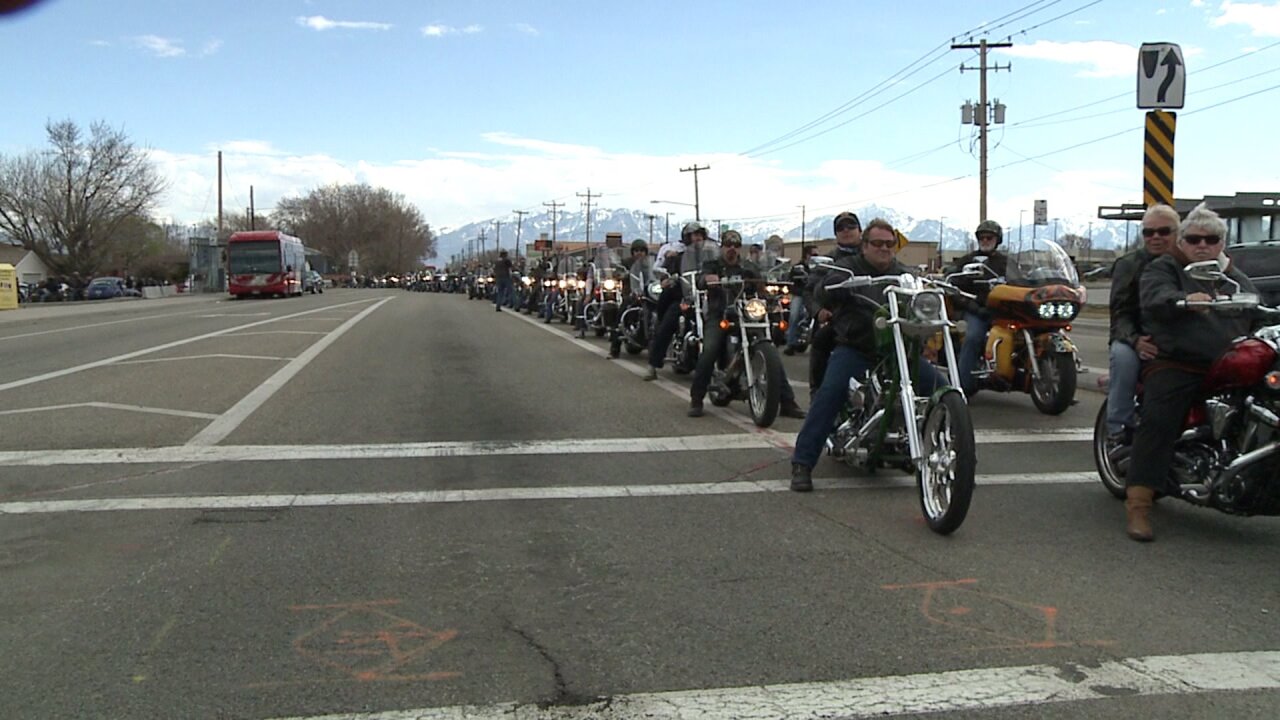 MAGNA - The city of Magna came together to mourn the loss of a 5-year-old son Saturday afternoon, and some estimate that more than 1,000 motorcyclists helped lead the funeral procession.

The group made its way from the boy's grandparents' home to his final resting spot at Valley View Memorial Park and Funeral Home in West Valley City.

"It makes me want to cry," said one pedestrian watching on from the sidewalk. "A father asks for help from some of his biker buddies, and this is what happens? It's unbelievable."

Hunter Weiss was killed Monday when his grandfather accidentally backed over him while pulling out of his driveway.

"It's heartbreaking for the family," one rider said. "We had to show up and show our support."

Members of the Weiss family said they expected at least 50 riders to show up to lead the procession, but they were shocked to see hundreds instead.

"This is way more than we could have ever expected," Hunter's uncle said.

The procession wound through the streets of Magna in front of hundreds of friends, neighbors, and even firefighters who simply wanted to pay their respects.

"The smile that would be on his face right now would be incredible,” Hunter's uncle said.

Before leaving the funeral, hundreds of bikers dismounted and approached Hunter's casket to pay their final respects. Some chose to say a prayer, others chose to leave their bandannas as a sign of respect.

"We thank you all from the bottom of our hearts, and we will never forget this," one family member said to those who gathered at the grave site.