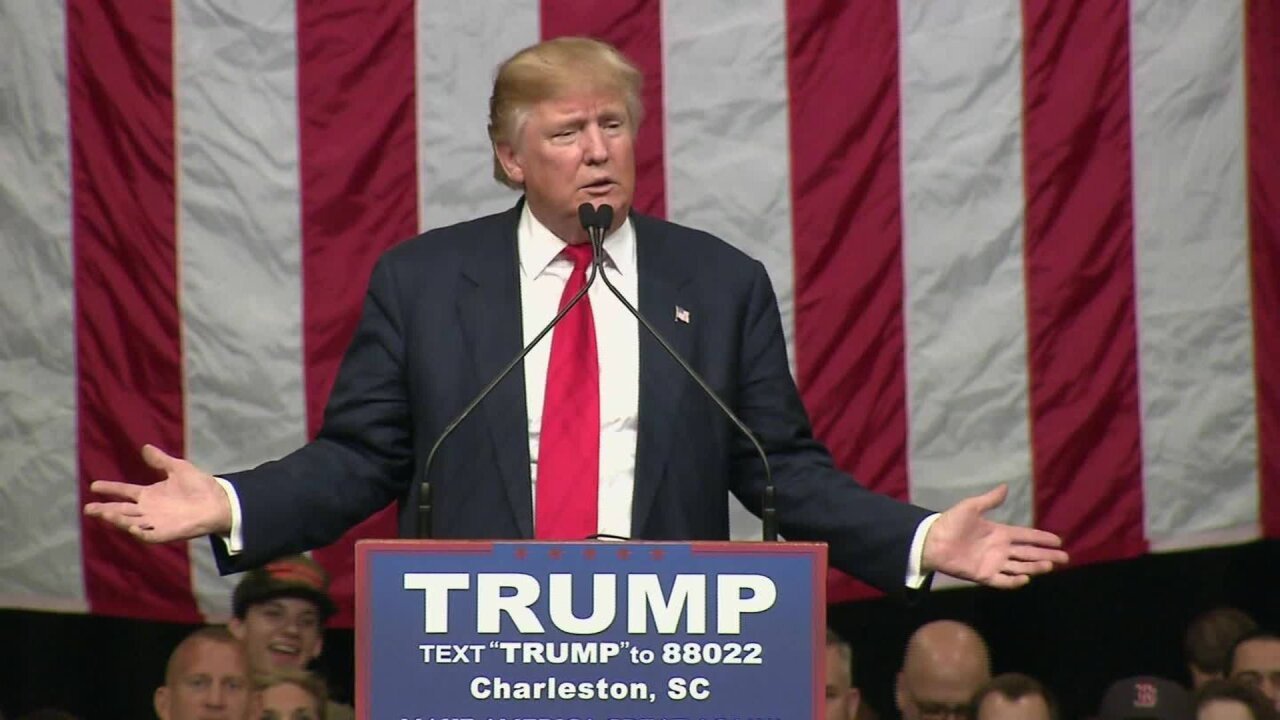 The GOP front-runner stirred up fresh controversy this week when he said in an interview with CNN’s Anderson Cooper, “I think Islam hates us.” He claimed that there was “tremendous hatred” that in part defined the religion, and that while the United States was currently fighting radical Islam, “it’s very hard to define. It’s very hard to separate. Because you don’t know who’s who.”

When debate moderator Jake Tapper asked Trump to clarify those remarks and whether he meant all Muslims, Trump responded: “I mean a lot of them.”

“There’s tremendous hatred and I will stick with exactly what I said to Anderson Cooper,” Trump said.

Marco Rubio, struggling to keep his campaign alive, jumped in to criticize Trump. The Florida senator argued it’s not presidential to say things without thinking through the ramifications.

“Presidents can’t just say what they want. It has consequences,” Rubio said.

“I don’t want to be so politically correct,” Trump said. “It would be very easy for me to say something differently, and everyone would say, ‘Oh, isn’t that wonderful?’ We better solve the problem before it’s too late.”

Rubio shot back: “I’m not interested in being politically correct. I’m interested in being correct.” The candidate argued that weeding out radical Islam cannot happen without cooperation from Muslim allies. “We are going to have to work with people of the Muslim faith,” he added.

Decisive week for the GOP

The GOP candidates are heading into a week that could alter the course of the 2016 election. The debate is the final time they’ll meet before major states including Ohio, Florida and Illinois head to the polls on Tuesday.

Rubio and John Kasich may have the most to gain or lose from the debate. Both have had a disappointing few months and badly trail in the delegate path. Next Tuesday, each man will face the voters of their respective home states of Florida and Ohio. For both candidates, losing those contests would likely be the death knell for their campaigns.

A week after the last raucous Republican debate at which Trump boasted about the size of his manhood, Thursday’s forum lacked the intense personal insults that have defined previous showdowns. Instead, the debate was more of a policy-oriented discussion on issues including immigration, Social Security and foreign policy.

Ted Cruz, seeking to emerge as the primary GOP alternative to Trump, hit the billionaire over previous comments that he wants to remain “neutral” about the Israeli-Palestinian conflict so he could broker a deal as president.

The Texas senator sought to bolster his pro-Israel credentials, insisting he “will not be neutral” as president.

Trump rejected the criticism, saying “There is nobody on this stage more pro-Israel than I am.”

“I will say I’m pro-Israel,” Trump said. “But I would at least like to have the other side think I’m somewhat neutral as to them so we can maybe get a deal done.”

On the Tiananmen Square protests that broke out in China in 1989, Trump said he believed the Chinese government had a “strong, powerful” response that “kept down the riot.” On Russian President Vladimir Putin, Trump said he has been a “strong leader for Russia.”

Trump addressed an issue that has tripped him up in the past: H-1B visas that encourage legal immigration for high-skilled workers.

He called the program “very, very bad for workers,” but in the same breath, acknowledged that he uses it in his hiring practices.

“I know the H-1B very well. I use it. I shouldn’t be allowed to use it,” Trump said, adding that the program should simply not exist.

When the candidates were asked how they would try to reform Social Security, Cruz and Rubio suggested that Trump’s proposal — ” I will do everything within my power to do nothing to Social Security” — lacked substance.

“The numbers don’t add up,” Rubio said, saying even after getting rid of fraud and abuse, there would still be hundreds of billions of dollars needed to close the gap.

“We’ve got lots of challenges in the world but the answer can’t be, wave a magic wand and problem, go away,” Cruz said.

Trump bristled for the first time, accusing Cruz of having flip-flopped on ethanol subsidies for political expediency.

“Ted did change his view and stance on ethanol quite a bit,” Trump said, “in the hopes of maybe doing well.”

Cruz shot back by criticizing Trump — as he has in previous debates — for having contributed to Democrats in the past. He said Trump has not shown that he would truly stand up to special interests in Washington and that it was hard to imagine how his rival would “suddenly” change course.

“First of all, Ted was in favor of amnesty,” Trump said.