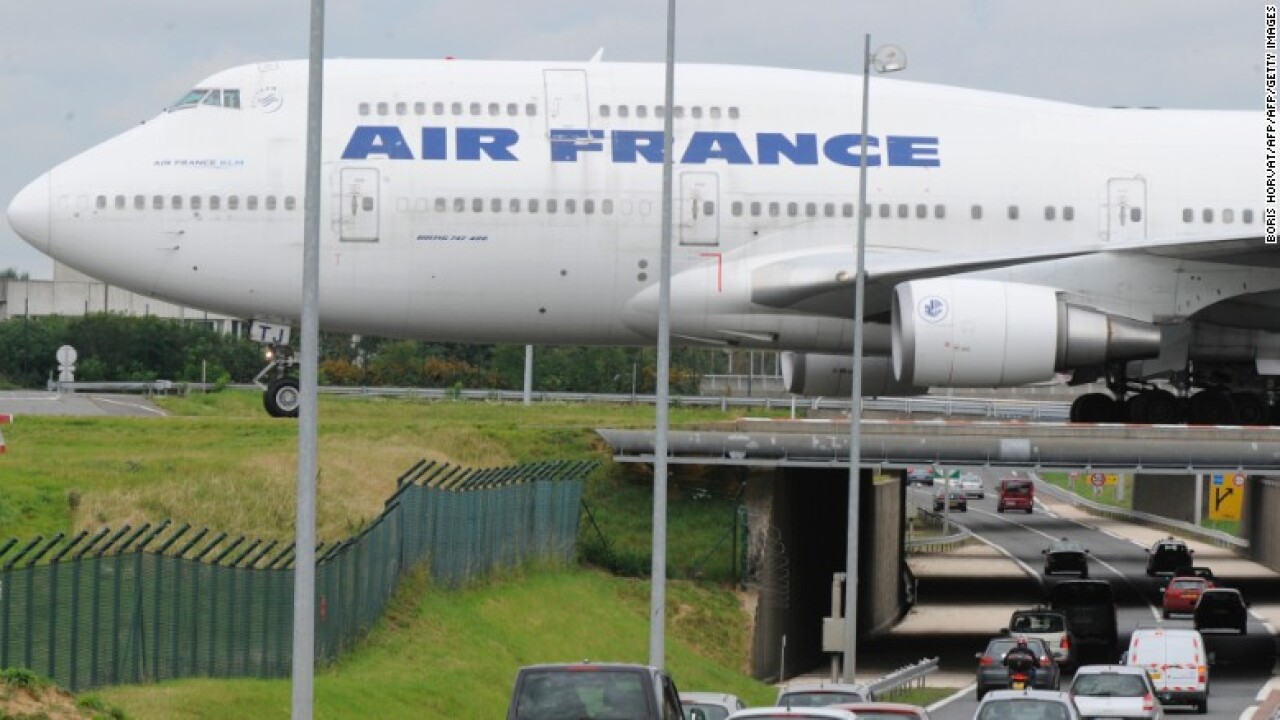 Air France says passengers alerted the cabin crew when a child came out of a carry-on bag.

By: CNN Wire
Posted at 12:37 PM, Mar 10, 2016
(CNN) — A woman was arrested upon arrival at the Paris-Charles de Gaulle Airport on Monday after she tried to conceal a child inside a carry-on bag on a flight that came from Istanbul, Air France said in a statement obtained by CNN Wednesday.

The woman, whose identity was not revealed, was involved in a process to adopt a Haitian girl, according to multiple French media reports.

The child, who was traveling without a ticket, is between 2 and 4 years old, the Air France press office said. After spotting the child coming out of the bag, passengers alerted the cabin crew onboard Air France Flight 1891, according to the press office.

Air France said it “requested the presence of the French authorities on the flight’s arrival.” The carrier also added it “will fully cooperate with the ongoing investigation being conducted by the competent authorities.”

The woman has been detained by French police at the Paris airport, while the child remains in the care of French authorities, according to the Air France press office.