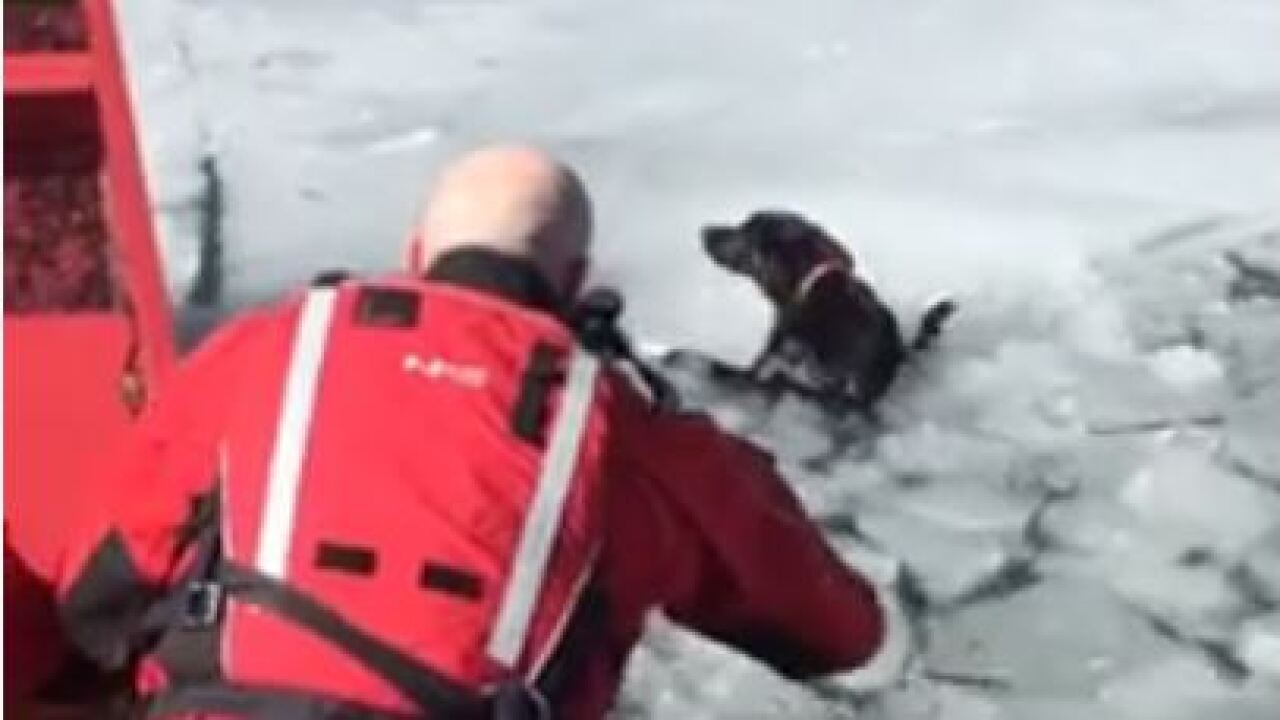 HEBER, Utah - After surviving four days and three nights on the ice, Sadie the dog is shaking off the effects of a dramatic rescue to save her life. However, her owner, can't say the same.

"When I went over, his gate had actually been opened," said Charelle Meriweather, Sadie's owner. "Someone had actually let the dogs out intentionally."

Meriweather is convinced someone intentionally let her dog out of her cousin's backyard. She said she had dropped her off at her cousin's recently, and got the call Monday that somehow Sadie had gotten out.

She said by the next morning, her cousin called to say she spotted Sadie on the ice out on Deer Creek Reservoir.

"My brother grabbed a canoe right away and went after her, but every time he got close, she would run away," Meriweather said.

She said that her brother tried once more the next day to get Sadie.

"Watching [him] on the ice, I started tearing up because I was thinking either he's going to go through the ice and die or I'm going to lose my dog," she said.

After a second failed attempt from her brother, Meriweather admits she was feeling defeated. Police had told her that the ice was melting quickly and that Sadie would soon run out of solid ground to stand on. So, Meriweather reached out to the Wasatch County Sheriff's office to help with the rescue.

The dramatic rescue video captured from one of the responder's cell phones depicts Sadie struggling to get out of the water, until an air boat pulls up alongside, and a rescue worker pulls her out safely.

"I am just so glad she is home," Meriweather said, while pointing out that Sadie has been more somber in the past two days. "I keep checking on her every five minutes to make sure she's still there. I am just glad to have her back."