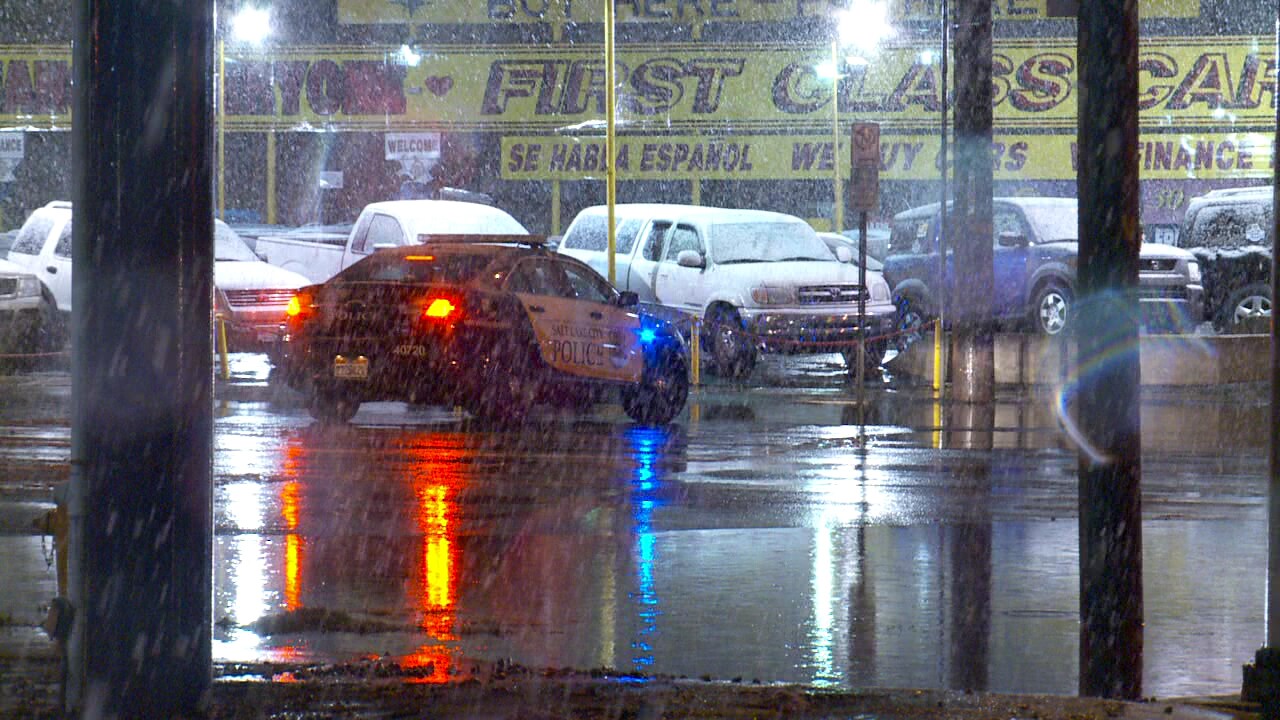 SALT LAKE CITY — The National Weather Service issued a Winter Weather Advisory Sunday evening that includes Utah’s Wasatch Mountains and the western Uintas, and dispatch officials in Cedar City are urging people to limit their travel in that area due to snowy conditions on roads.

The advisory is expected to remain in effect through 5 a.m. Monday, and Sunday night FOX 13 News heard reports of snow in places like Sandy and Cottonwood Heights. Elsewhere in the Salt Lake Valley there was heavy rainfall.

There were also reports of flooded streets in the area of 800 South and State Street in Salt Lake City, and standing water caused some brief closures on a few streets in that vicinity.

High winds and thunderstorms occurred earlier in the day as a cold front moved through the area.

Snow is expected to continue in some areas through Sunday night, with isolated thunderstorms also likely. The snow is expected to primarily fall in higher elevations, with accumulations of between 5 and 10 inches possible.

Cedar Communications, which handles dispatch calls in southern Utah, stated on Facebook around 6 p.m. that hazardous weather conditions on I-15 near Cedar City had led to several slide offs and accidents. The post urged drivers to avoid SR 14 entirely and to stay off of I-15 in the area unless absolutely necessary.

Check weather conditions in your area with the FOX 13 Weather app for your iOSor Android device. Check traffic conditions at udottraffic.utah.gov or by downloading the UDOT app for iOS or Android.