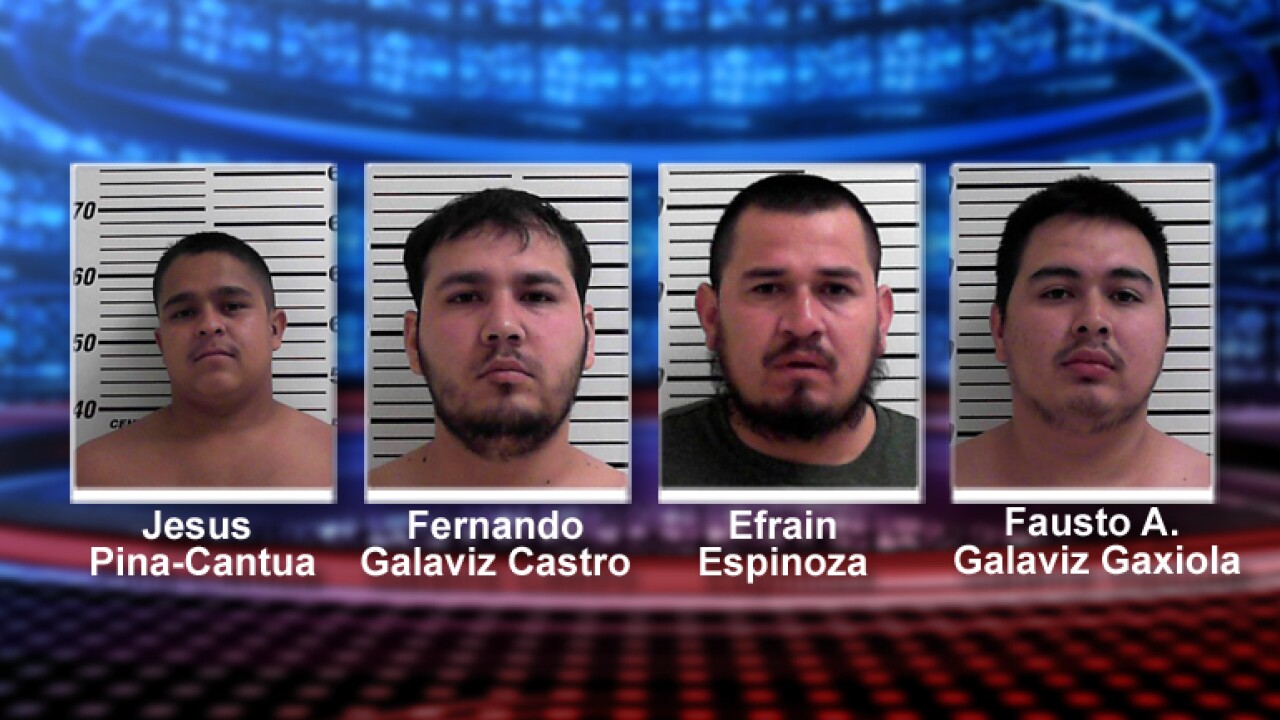 SALT LAKE CITY – Four men living in West Valley City have been indicted on drug trafficking charges, and officers searching a residence located nearly $700,000 worth of illegal drugs and more than $100,000 in cash.

According to a press release from the U.S. Attorney’s Office for the District of Utah, the four men charged in the 7-count indictment are 21-year-old Fausto Alejandro Galaviz-Gaxiola, 22-year-old Fernando Galaviz-Castro, 22-year-old Jesus Pina-Cantua, and Efrain Espinoza—whose age is unknown.

All four men are citizens of Mexico who have been living in West Valley City, and they were indicted on several charges relating to the possession and distribution of various illegal drugs.

Officers began investigating the men last year and made several controlled purchases before obtaining a search warrant on February 18, 2016. A search of a residence in West Valley City shared by three of the men turned up large amounts of drugs.

A search of another vehicle revealed $8,000 in cash hidden in a, “sophisticated, electronically operated compartment hidden on the front passenger side” of the car.

The four men have pleaded not guilty and will remain in custody pending a trial. Indictments are not findings of guilt, and all parties are presumed innocent until proven guilty. Six of the charges in the indictment carry a potential penalty of 10-year minimum sentences while the seventh carries a potential 40 year sentence with a five-year mandatory minimum.

The indictment also seeks the forfeiture of $111,764 in U.S. currency and two vehicles.