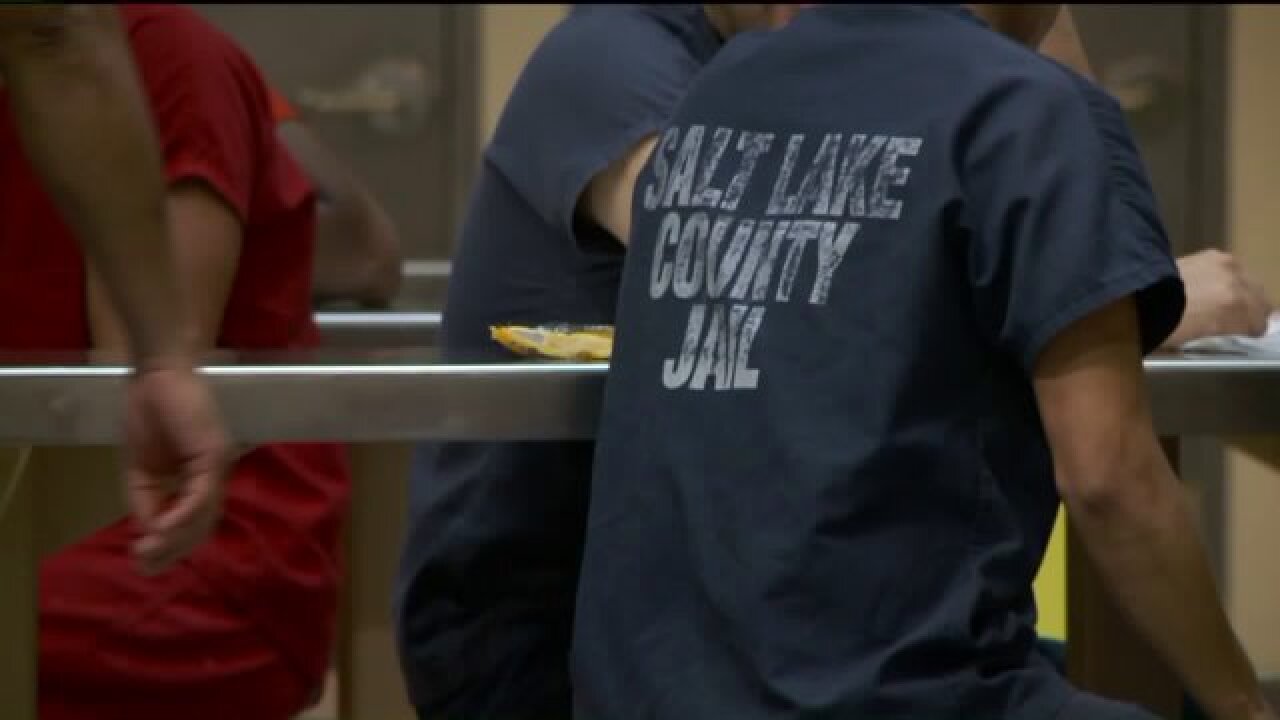 SALT LAKE CITY -- Overcrowding at the Salt Lake County jail has been an issue for years, according to Sheriff Jim Winder, and on Thursday he unveiled the county's plan to solve the problem: Stop arresting so many people.

Sheriff Winder said too much of his staff's time and resources are spent on low-level criminals who don't even belong in jail. He wants to free up that time for inmates who really need the attention.

"It takes a really long time to even get in jail, from being arrested to in jail, I know it takes a long time to process, but they are processing a ton of people," said former inmate Alex Stoker.

Stoker served eights months in Salt Lake County jail from 2014 to 2015. He said he had to wait weeks to receive court-ordered treatment because there were so many other inmates.

"There are people in there for like petty theft and unpaid tickets, it's like that type of stuff, I don't think they need to fill up a bed in jail for that," Stoker said.

In 2015, there were 36,000 bookings at the jail, up ten percent from 2010. Sheriff Winder said too many people are ending up in jail, rather than rehabilitation centers or mental health clinics where they really belong.

"Hundreds are deemed incompetent to stand trial, they are placed in our institutions, and there is no one to restore their competency," Winder said.

The jail has 2,114 beds. Under the new policy, passed by the Salt Lake County Council, once the number of inmates reaches 1,700, then police officers will have the option to decide who should be arrested and booked into jail and who shouldn't. This process only applies to non-violent offenders.

"We start making some case-by-case determinations, 'I need to find a way to manage this situation, hopefully without an arrest,'" Winder said. "Second of all 'If I am going to arrest you, I better be willing to go down there and articulate why I arrested you and what I'm doing.'"

Winder acknowledged there's a chance these criminals, who would have been put behind bars in the past, could go on to commit violent crimes. However, looking at the big picture, he doesn't believe it's a public safety risk.

"The question becomes: Is it any more effective to bring them in and run through some rudimentary process only to kick them out?" Winder said. "We're not trying to jeopardize public safety."