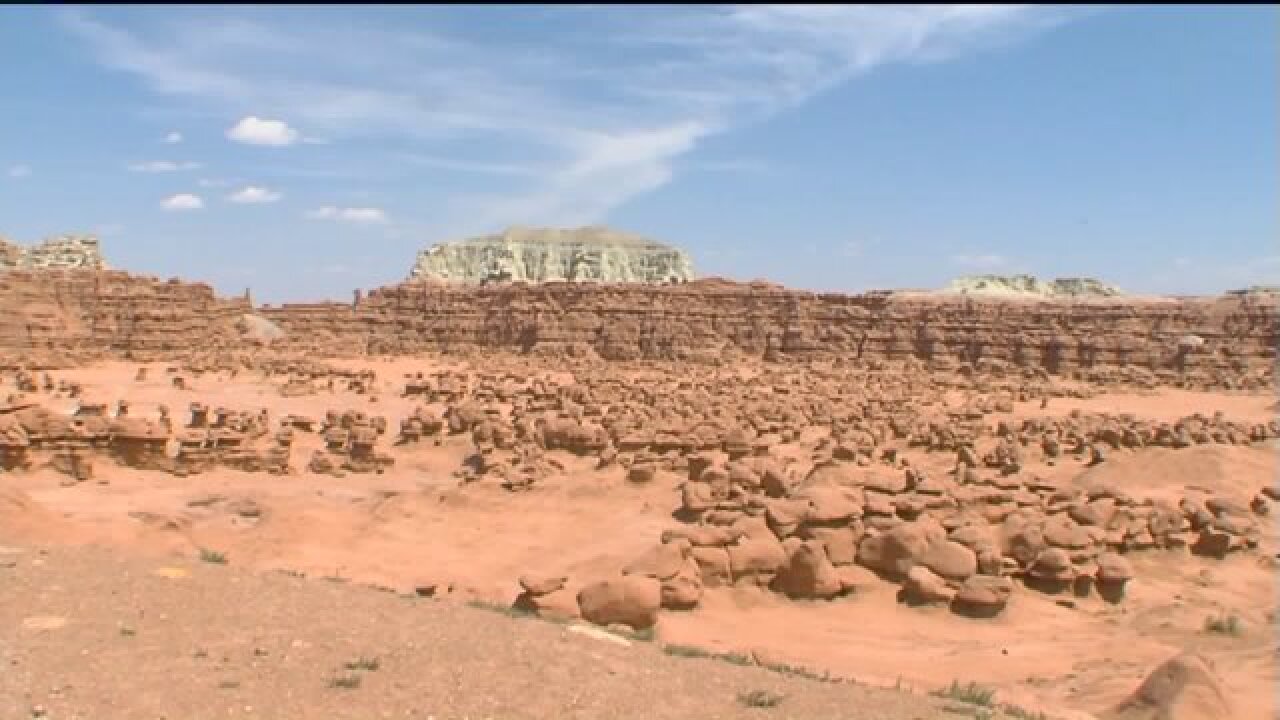 SALT LAKE CITY -- Wednesday night, dozens turned out to send a message to Utah's congressional representatives over a bill that lays out a plan for millions of acres of federally managed lands in the state.

Orson Spenser Hall on the University of Utah campus was filled to the brim, so it was standing room only for dozens who showed up to voice concerns against the Utah Public Lands Initiative (PLI).

The Southern Utah Wilderness Alliance (SUWA), the organization that hosted the citizens' hearing, said the PLI would open the door for oil and gas development.

Everyone in the auditorium held signs that read, "PROTECT WILD UTAH." The signs said it all for everyone who showed up to the hearing.

"Rolls back existing protections in the state and advances the efforts of the state legislature and others to seize federal public lands," Garbett said.

"If they just say it's for oil and gas, mineral extraction, that's once again an oversimplification," Bishop said. "That's not facing the reality of the situation."

On Skype from Washington D.C., he said the reality is that a chunk of land would open up to economic development--and that could mean a number of things.

"Outdoor recreation and tourism, that's all part of economic packet," he said. "But you have to have something for economic development, otherwise this entire region dies."

He also said they'd create and expand state parks, and set aside land for conservation.

Bishop said they'll consider all public comment when they begin on the final draft.

"I know there are going to be changes made to the draft," he said.

But back at the meeting, Garbett said Bishop would need to start from scratch.

As far as a timeline on the final draft, Congressman Bishop said they don't yet know when they'll write and finish it. But he said he's confident that when they do, they'll have a good shot of passing it--though he said the bill could transform even more as it makes its way through committee, Congress and the Senate.