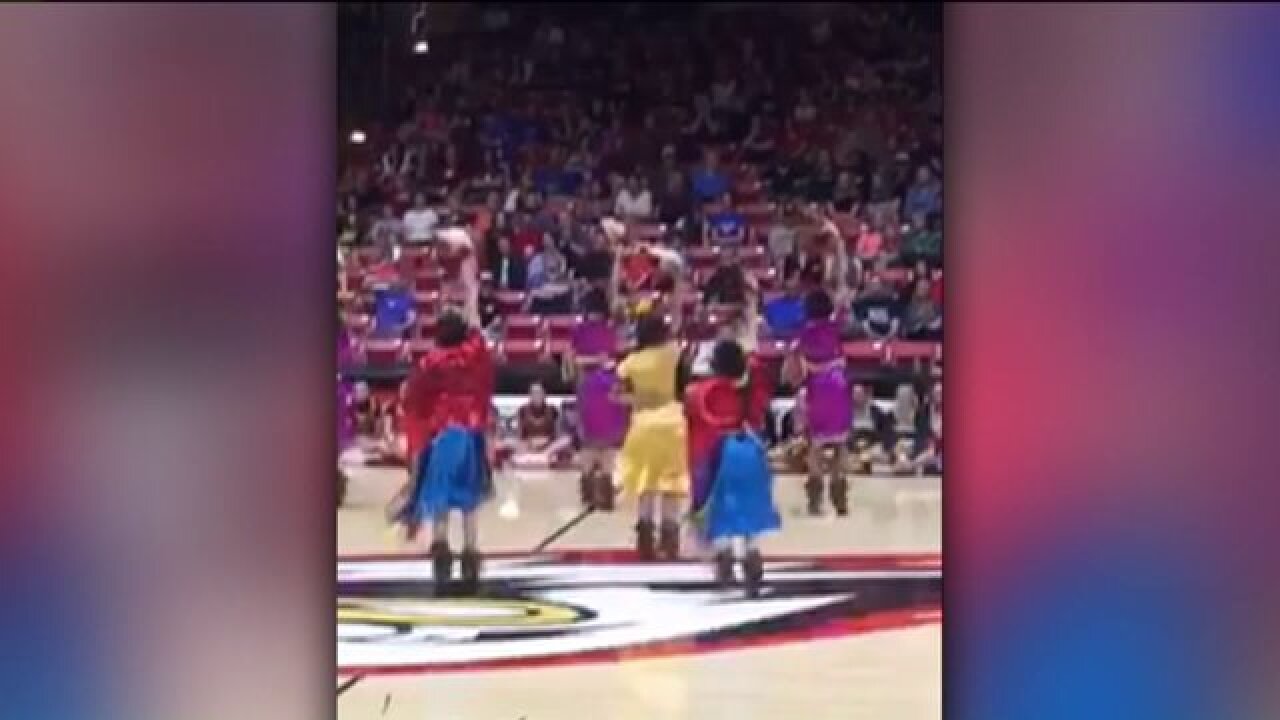 CEDAR CITY, Utah -- A dance routine performed by a Utah high school drill team is getting backlash for its cultural insensitivity to Native Americans.

The video has amassed nearly 20,000 views after it was posted by a parent who saw the performance during a halftime show last week at Cedar High School--home of the “Redmen.”

“The outfits, the music, the way they were dancing, the feathers, the way they were wearing the regalia: I thought it was mocking Native American people rather than honoring them,” said Teyawnna Sanden, who is a member of the Paiute Tribe.

Dancing to drums with echoes of an eagle in the background, members of the Redmen's drill team were on the gymnasium floor wearing colorful feathers and braided wigs.

“It was a very awkward feeling," Sanden said. "It wasn't an honor for them to do that performance. It was disrespectful."

Sanden, a member of the Paiute Tribe, pulled out her phone when the performance began and started recording. See the embedded clips at the bottom of this post for footage of the performance from two angles.

“Think about something that is sacred to you," she said. "What is the most sacred thing to you? And to have that paraded around, and to make it feel mocked."

She posted the video on Facebook, calling the halftime performance offensive.

The Iron County School District says the drill team's coach met with the Paiute Tribal Council last year and discussed the possibility of doing the dance.

In a statement to FOX 13, the district writes “drill team leadership came away from the meeting with the understanding that full support had been given to the dance."

But the Paiute Tribal Council says that's not what happened. The council said they expressed deep concerns and asked to preview any routine before it was performed in public, but they said the drill team did not follow-up with them.

Teyawnna hopes to see changes to the school's mascot and more sensitivity toward her culture.

“When you have a mascot like Redmen, it is bound to bring that type of behavior again," she said. "It might stop now for the next year or month or two, but it will happen again because that's their mascot."

The school district says that dance will not be performed again, and they will be working with the Paiute Tribe to ensure a relationship of mutual respect and trust is reached.