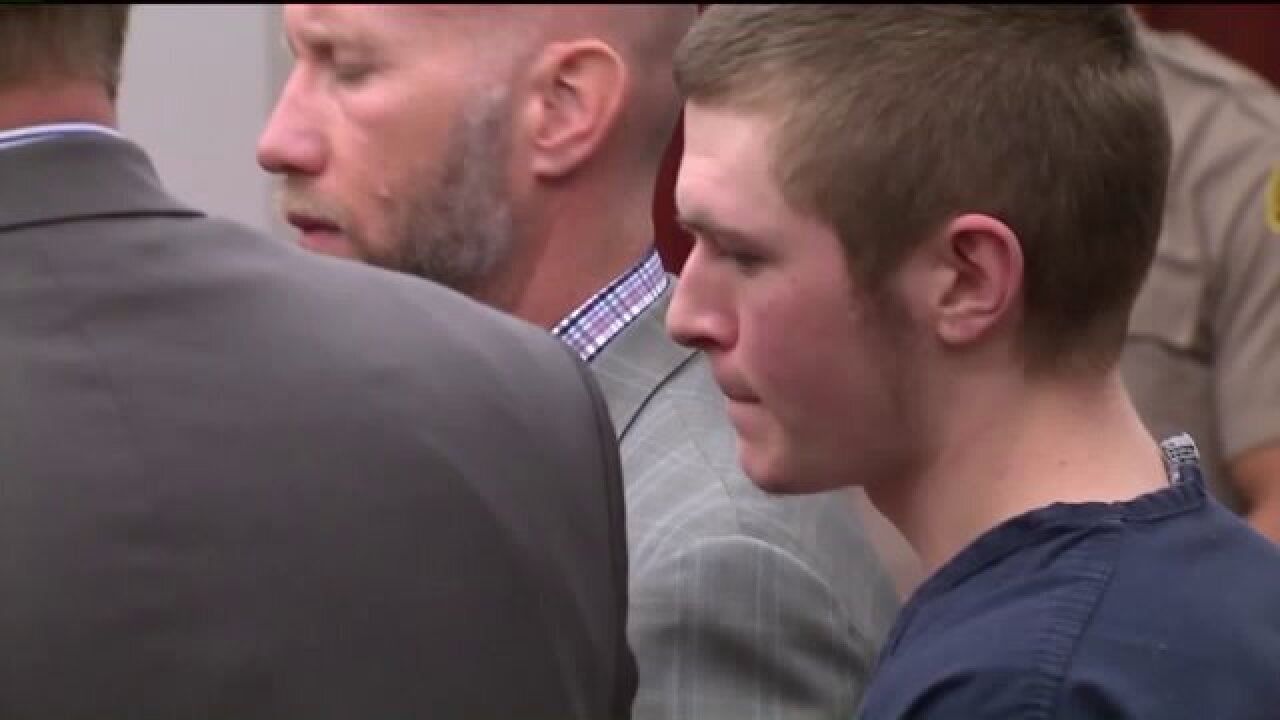 SALT LAKE CITY -- It was an emotional day in court after a teen accused of beating his 15-year-old girlfriend to death pleaded guilty to murder Monday.

The now 18-year-old Darwin Christopher Bagshaw will face a mandatory 15 years to life in prison.

This plea comes nearly four years to the date when Kasprzak was killed. The family tells us this will help bring closure to the loss of their daughter.

It's a plea the Kasprzak family has been hoping to hear for years.

“We just don't have Annie anymore it's hard to get past that,” said Sherri Crouch, Annie’s grandmother.

In court, the judge asked Bagshaw: Are you pleading guilty to the charge because you're guilty of it?

The victim's family filled the courtroom as Bagshaw stood in front of a judge admitting to beating, killing and dumping 15-year-old Annie near the Jordan River in March of 2012.

“Unimaginable. The injuries and everything she suffered and went through, it's unimaginable someone could do that to somebody else,” said Dennis Kasprzak, Annie’s father.

Bagshaw was 14 years old at the time of the murder. Two years later he was arrested for killing Annie and a judge ordered for the teen to be charged as an adult.

“To have him finally admit guilt for the first time he's taking responsibility since the very beginning we've known he was the person that did this and to finally take responsibility,” Dennis said.

With a guilty plea in court Bagshaw now faces 15 years to life in prison.

“I’d like him to remember every moment he gets to have Annie gets to have,” said Veronica Kasprzak, Annie’s mother.

The change of plea is one the family wasn't expecting. A three-week trial was set to start next week. But Friday, Bagshaw told his attorneys he wanted to enter a guilty plea.

“I feel blessed for everyone involved that we don't have to relive this because for years we've just waited to enjoy the love we have for Annie and the positive parts of her life and not how she left,” said Jennifer Kasprzak, Annie’s stepmother.

Outside the courtroom the victim's family reminisced about their daughter.

“She would have been 19 years old this year almost 20 she would have graduated last year she doesn't get any of that,” said James Bratcher, Annie’s stepfather.

Despite knowing who did it, the family says there will always be questions surrounding Annie's death.

“It doesn't replace the question of why. Why did this happen,” Mel Crouch, Annie’s grandfather asked.

Detectives say Annie reportedly but falsely told friends she was pregnant with her Bagshaw’s child.

Bagshaw’s attorneys say his motive will be explained during the sentencing as well as why the teen decided to enter a guilty plea. The sentencing is scheduled for April 25.