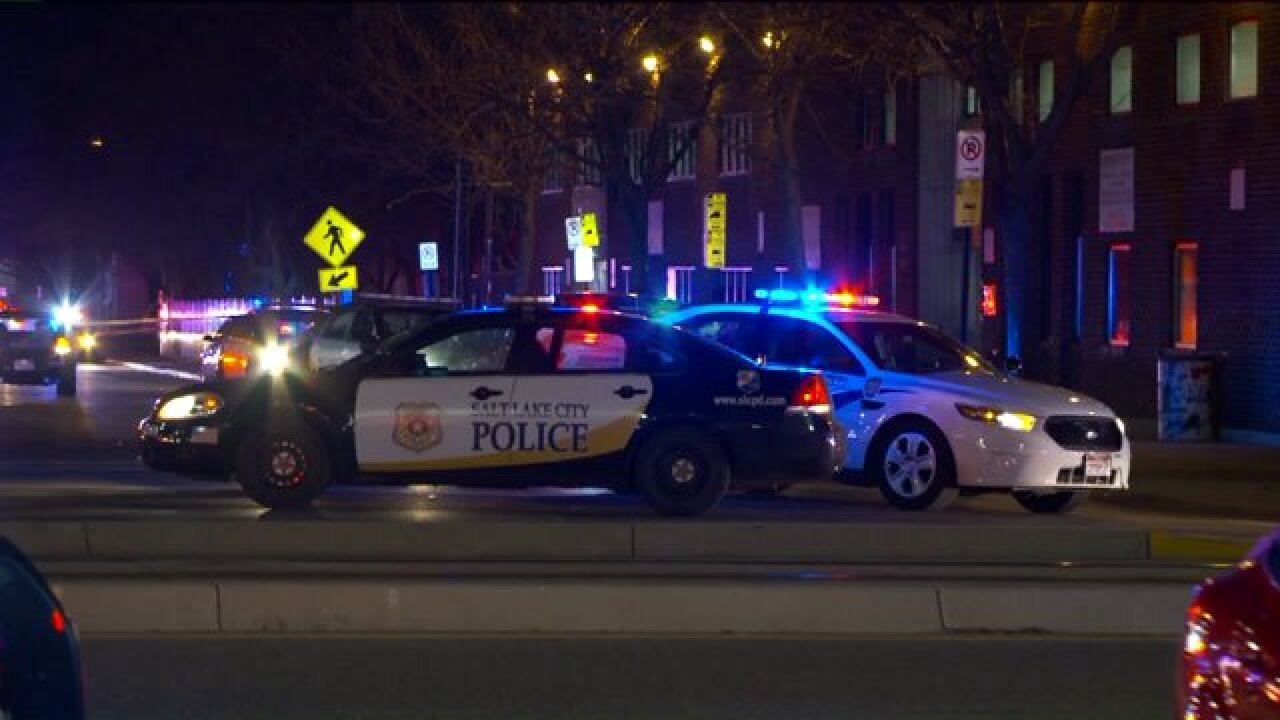 SALT LAKE CITY -- The day after an officer-involved shooting sparked unrest on the streets of Salt Lake City, the police department has issued an official statement on the incident and family members say they've learned the teen has awoken from a coma.

Family of 17-year-old Abdi Mohamed tell FOX 13 News detectives have told them the teen is now awake and speaking in a hospital room Sunday evening, but they have not yet been able to see him. He was reportedly in a coma after being shot three times by police.

According to a press release from the Salt Lake City Police Department issued Sunday afternoon, officers witnessed two males with metal objects attacking a male victim around 8 p.m. in the area of 300 South Rio Grande Street.

The release states, "Officers confronted the two suspects and ordered them to drop the weapons. One of the males complied and dropped the weapon, the other continued to advance on the victim and was shot by officers."

A witness to the shooting told FOX 13 News they believe police did not appear to give the teen a chance to surrender, which they said sparked outrage among crowds in the vicinity. There is a homeless shelter nearby, contributing to the high number of people on the streets.

“The police said, ‘drop it’, once, then they shot him four times,” Selam Mohammed said. “We were trying to break it up before the police even came, but the police ran in on foot and pulled their guns out already. They already had them, like, as soon as he was running he was already grabbing for his gun, not even trying to Tase him or anything.”

Teen shot by police in Salt Lake City was identified by family as 17-year-old Abdi Mohamed.

The teen was taken to a hospital in critical condition, and Sunday his family identified him as 17-year-old Abdi Mohamed. Mohamed reportedly lived in West Valley City with his girlfriend and their son. He reportedly moved to the U.S. from Kenya about 10 years ago.

Police have not confirmed that identity, stating the teen's name would not be released because of his age.

Jeanetta Williams, President of the Salt Lake City chapter of the NAACP, told FOX 13 News that in their view the issue in question, at this point, seems to be the level of force used by police rather than an issue of race.

"Did they feel like their life was in danger, did they have to shoot?  You know, so those are some of the questions that we're wanting to ask and see why," Williams said Sunday.

The press release from police states that immediately after the shooting, a crowd gathered and became hostile, with some people throwing rocks or bottles at police. Officers asked the crowd to disperse to allow police and medical personnel to respond to the scene, but many in the crowd did not comply.

Saturday, police said nearly 100 officers responded to the scene, and several streets and public transportation were shut down in the area. Police stated four people were arrested for crimes related to civil disorder.

Both officers were wearing body cameras that were activated during the shooting. That footage has been turned over to the Unified Police Department, which is the outside agency investigating the shooting.

Salt Lake City PD stated that because this is an open and active investigation, "release of the body camera recordings could reasonably be expected to interfere with that investigation." The release also stated the teen is currently being screened for criminal charges, and the release of the footage could deprive the teen of an impartial hearing.

Once the UPD investigation concludes, the District Attorney's Office will determine whether or not the shooting was legally justified. FOX 13 News has reached out to obtain that footage through a government records request.

“We are committed, to ensuring the Salt Lake City Police Department does business appropriately, in line with the community’s trust and expectations,” Brown stated. “Our goal is to always de-escalate any type of volatile situation using the minimal amount of force necessary.”

Salt Lake City Mayor Jackie Biskupski issued a statement Sunday, discussing the shooting and the broader issue of police use of force, adding she recognizes this is the third "significant use of force incident" involving SLC PD in the last month.

Biskupski stated in part: “It is critical in times like these we do not circle the wagons against each other in our efforts to improve our criminal justice system–and we can always improve. I encourage the public to stay involved and engage in civil dialogue.”