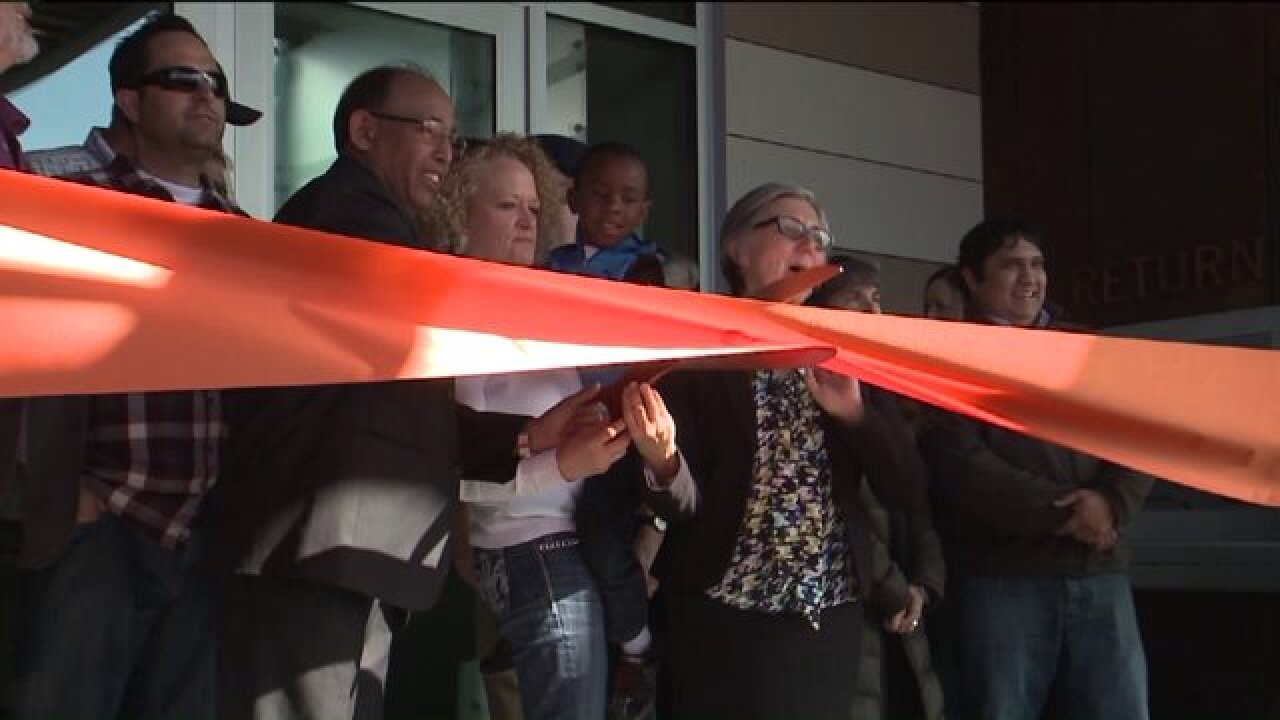 On Saturday morning, city officials and community members gathered for a ribbon cutting at the new multi-million dollar library, located at 300 West and 500 North.

“We have been waiting for this for a while, ever since they tore down the old Safeway building,” said neighbor Art James.

A few hundred people packed the grand opening for the library. Melissa Moon was there with her two young children. She said they come from Davis County to use the Salt Lake City library. Moon now plans to visit the Marmalade Branch.

Salt Lake City Mayor Jackie Biskupski helped cut the ribbon at the grand opening along with other council men and library administrators.

“We are very focused on how we bridge the gap between the westside of the freeway, which is so close to here and the east side,” Biskupski said.

The 18,000-square-foot of space includes new computers with 3D printing, a children’s library, a play area, meeting rooms, outdoor plaza space and even a café.

The city’s Redevelopment Agency will also give a facelift to the whole block. It will include condos, town homes, a grocery store, a restaurant and a new convenience store.

Construction is set to start in the summer of 2016.