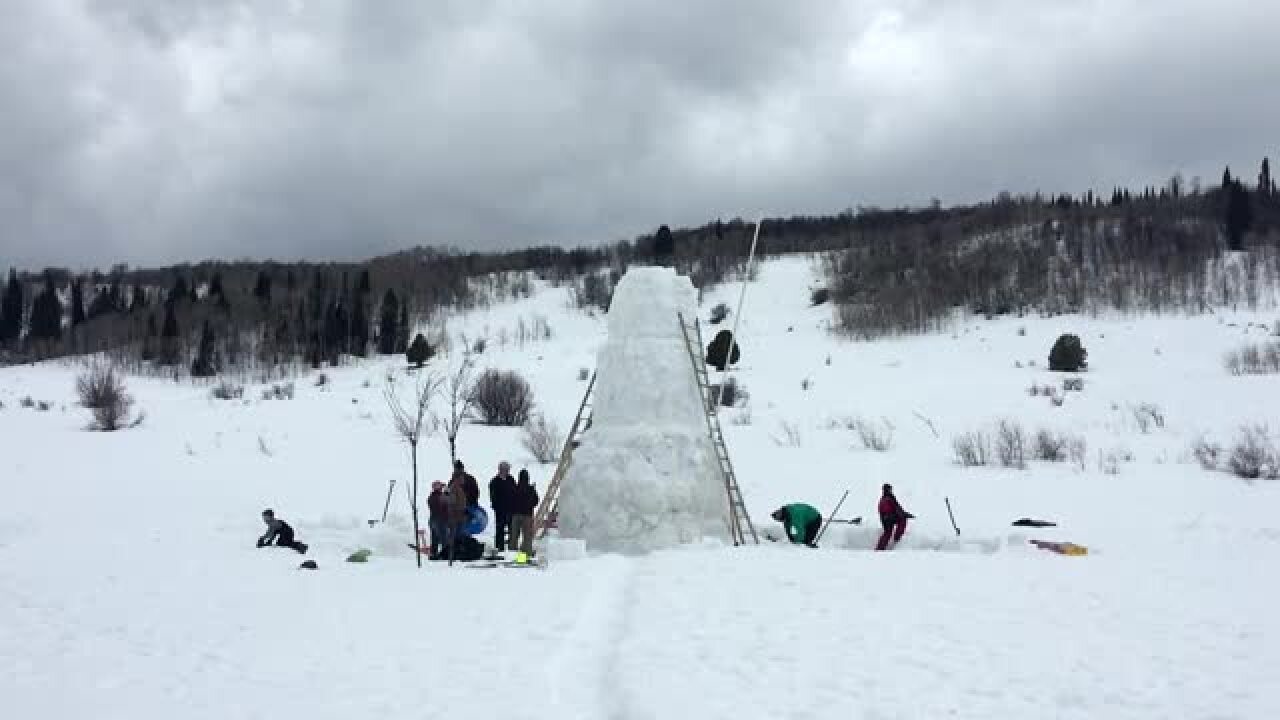 LOGAN CANYON, Utah -- More than 20 people came together in Logan Canyon Saturday to construct a massive snowman standing about 20 feet tall over the course of about six hours.

Smithfield resident Paul Sorenson is behind this latest rendition of the Logan Canyon Snowman, which has its own Facebook page.

The tradition began about seven years ago when Sorenson and a friend built a large snowman in a snowmobile trailer, and it has since become an annual endeavor.

“We have a little streak of craziness in us, which evolved into building a giant snowman,” said Sorenson’s brother, Scott. “Every year it had to be bigger than the last.”

The snowman stands about 20-feet tall and has a circumference of about 32 feet. Video shot Saturday shows several people working on the large snow sculpture, and photos posted to the snowman's Facebook page show the crew with the finished product.

Elements of this story and the video embedded above are courtesy of Austin Elder, a Utah State University journalism student.