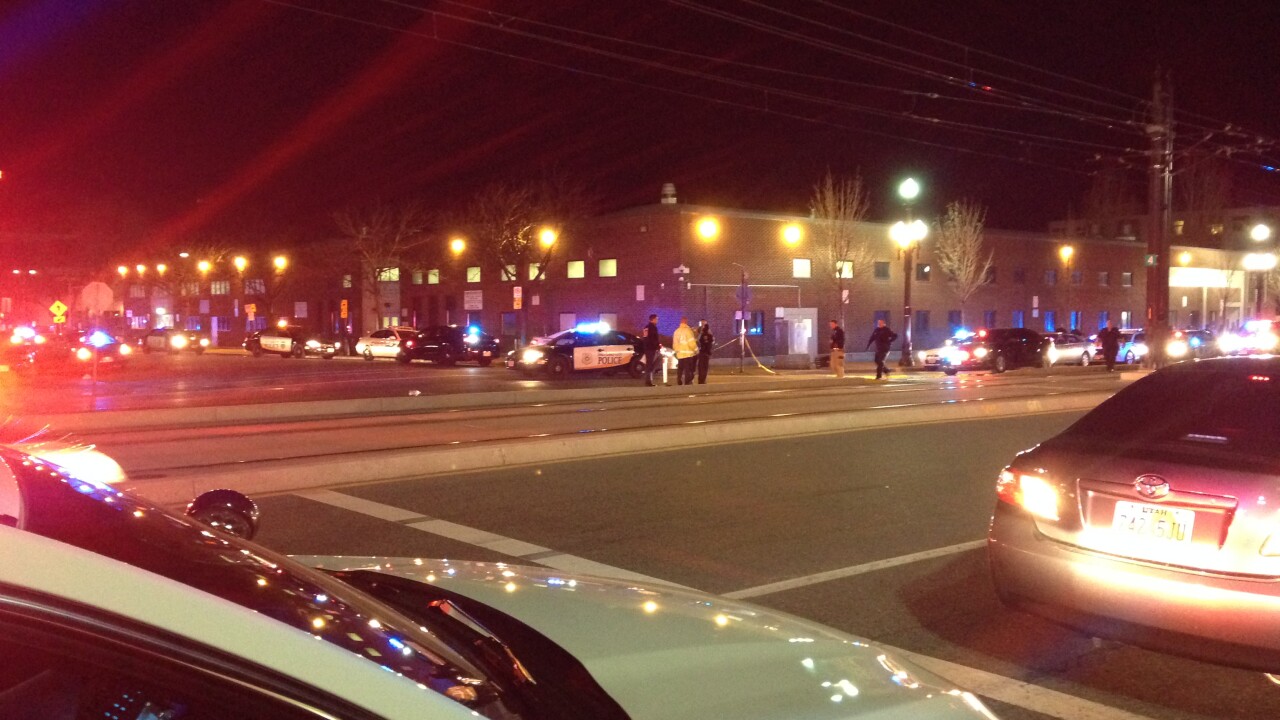 Nearly 100 police respond to a “hostile” crowd after an officer-involved shooting February 27, 2016.

UPDATE: Salt Lake City police released a statement Sunday, stating the teen was one of two suspects in an alleged assault and that he continued toward the victim after being told to stop and drop a weapon.

The teen's family has identified the teen as 17-year-old Abdi Mohamed, who was in critical condition at a hospital and reportedly in a coma. The Salt Lake City Mayor and the local leader of the NAACP have both commented on the incident. Click here for the update.

FOX 13 News first heard reports of shots fired in the area of the 300 South and Rio Grande Street just before 8 p.m. Just after 10 p.m., Salt Lake City PD confirmed it was an officer-involved shooting.

Witnesses at the scene tell FOX 13 News' Robert Boyd police officers shot a teenage male who was involved in a fight with an older man. Saturday, the teen's family identified him as 17-year-old Abdi Mohamed. He was shot three times, according to his family, and he was reportedly in a coma.

"I don't have much details on the shooting itself," said Det. Greg Wilking of the Salt Lake City Police Department, adding later, "That's what it sounds like: There was an altercation taking place, and our officers intervened into that altercation."

Sunday, police offered an official statement in a press release, stating Mohamed and another suspect were allegedly assaulting a male with metal objects. Police stated one male dropped his weapon when police gave that order, but Mohamed "continued to advance on the victim and was shot by officers."

The shooting prompted an angry reaction from witnesses who said they felt police did not give the teen a chance to surrender. There is a homeless shelter and other services nearby, contributing to the high number of people on the streets in the vicinity.

"The police said, 'Drop it', once, then they shot him four times," Selam Mohammed, who witnessed the shooting, recalled. "We were trying to break it up before the police even came, but the police ran in on foot and pulled their guns out already. They already had them, like, as soon as he was running he was already grabbing for his gun, not even trying to Tase him or anything."

Salt Lake City Police initially confirmed two officers were involved and that at least one officer fired shots, but prior to Sunday's press release offered few other details.

The Unified Police Department is investigating. Utah law requires that all officer-involved shootings be investigated by an outside agency.

Officers from various agencies, including Salt Lake City, West Valley City, Unified PD and Utah Highway Patrol, responded and were observed attempting to get several large crowds of people to disperse from the area. FOX 13 crews at the scene reported there were hundreds of people scattered among several groups spread over the area.

Police respond to report of a shooting in Salt Lake City February 27.

"Our officers called for more assistance, several people were agitated in the crowd," Wilking said. "Our officers started arriving on scene, encountered a lot of hostile people upset about what had taken place. And we began clearing the area so that we could preserve the scene that's in there."

Officials said nearly 100 officers responded during the course of the incident, and some police were observed with riot gear.

Some people were yelling at officers, while others reportedly threw rocks, bottles and other debris. Police said some officers may have been injured after members of the crowd threw items at them, but did not provide specific details.

Sunday, police stated a total of four people were  arrested due to crimes relating to civil unrest.

The Utah Transit Authority tweeted that TRAX rails were closed in the area as police responded, and they encouraged FrontRunner passengers to avoid the area. By about 11 p.m., normal TRAX service was resumed.

Several blocks in the area of the Gateway Mall were closed to traffic as police worked to clear the scene. Fans attending a Utah Jazz game at the nearby Vivint Smart Home Arena stated on Twitter an announcement at the game directed them to avoid that area when travelling home. 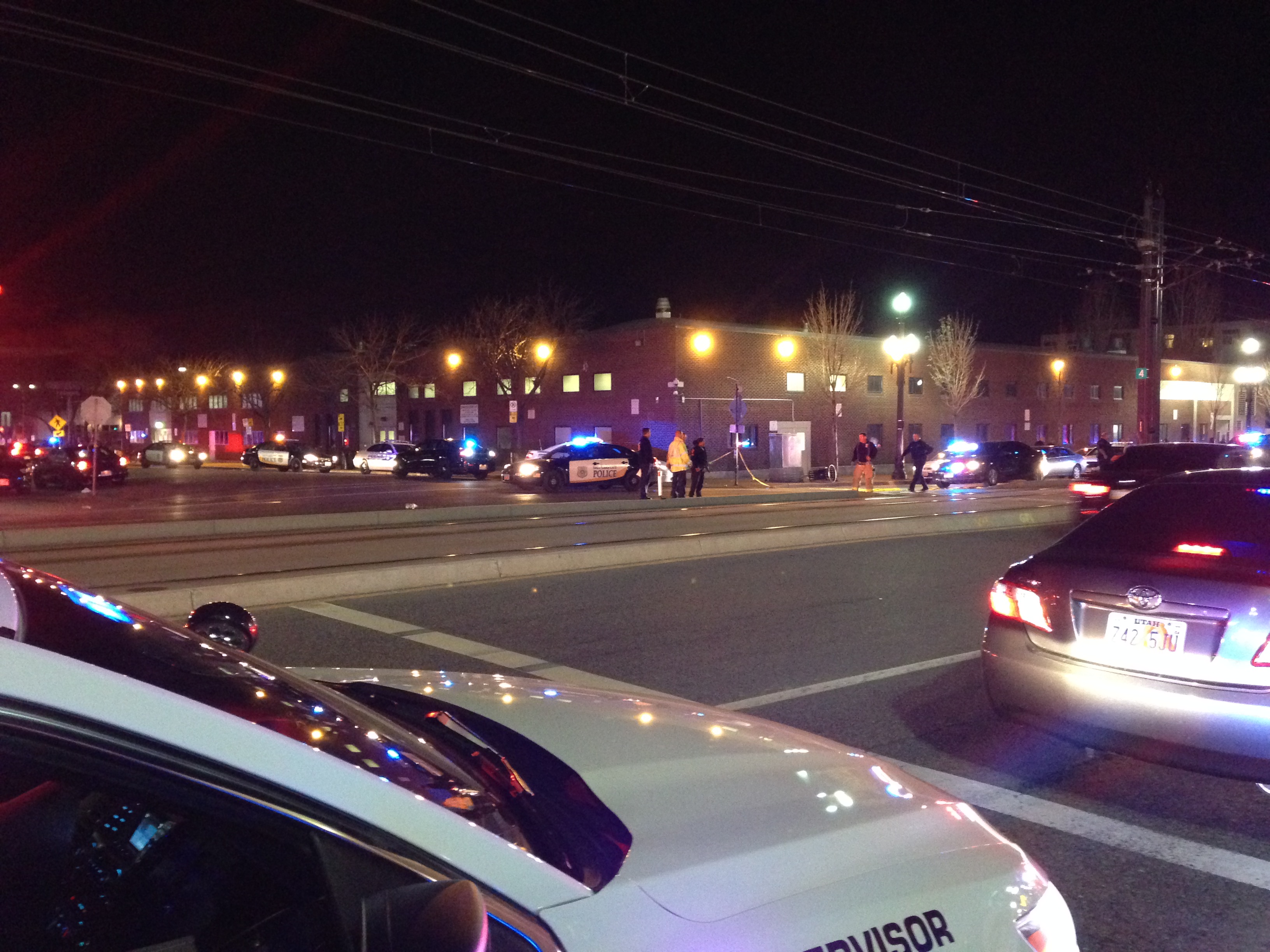