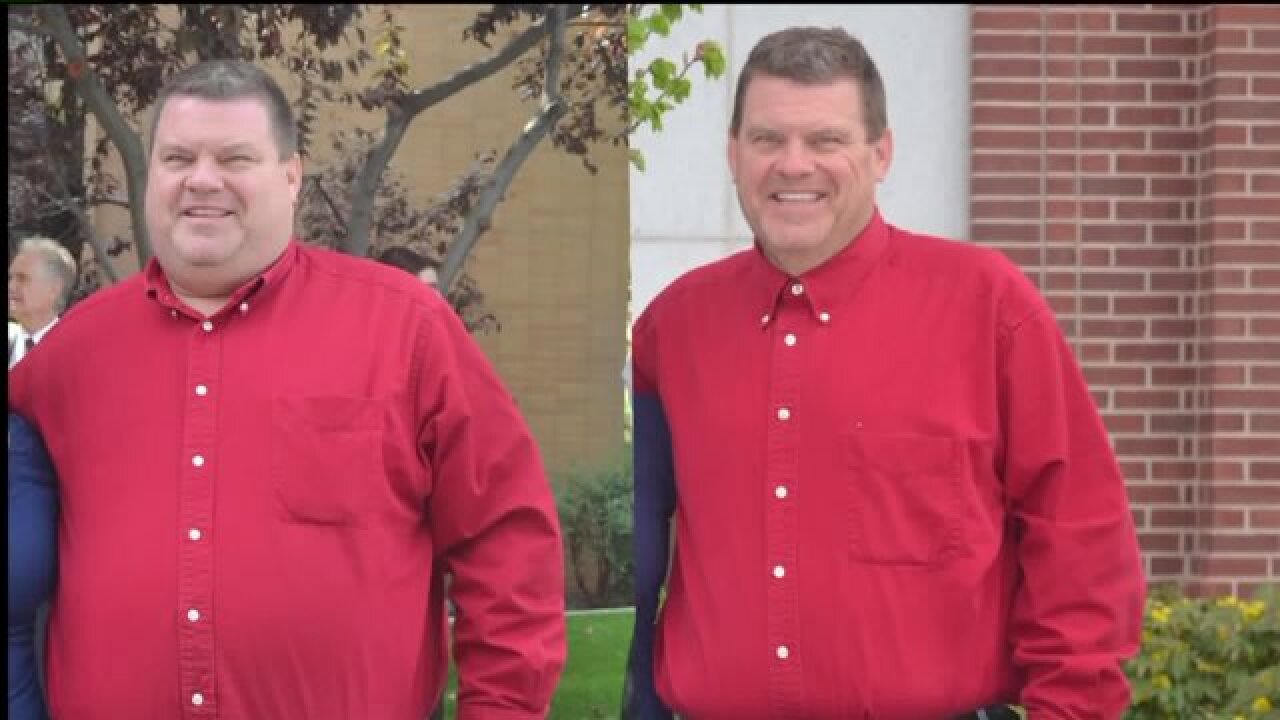 PROVO, Utah -- We all have different ways to shed some pounds. One Utah man started his weight loss journey with his commute, and in the course of dropping 100 pounds he’s been helping the environment and himself.

Most people drive their car to the FrontRunner station, but one man decided to start riding his bike instead. When he ditched the car, he lost weight.

“I weighed 340 pounds, 50 years old, when I started doing it, and I certainly didn't think I would get this far, but I just loved it,” Stan Paulsen of Provo said.

Unlike most folks, Stan Paulsen looks forward to his evening commute.

“It's hard work, but it's fun,” Paulsen said of the journey from his office in Lehi to his home in Provo.

“I ride 20-30 miles a day commuting, depending on which route I take," he added.

Weaving through traffic, Stan catches UTA's FrontRunner--something he's been doing every weekday for more than a year, racking up 7,000 cycling miles and reaching a new weight goal.

“Working it in with my commute is just perfect,” Paulsen said.

In one year he dropped 100 pounds.

“My legs of course feel much stronger, my heart and lungs, much better shape,” Paulsen said.

While he lost weight, he also said he saved thousands of dollars by not filling up his car.

Friday's commute home was in nice weather, but Stan rides his bike rain, snow or shine

“I love riding in the snow, I like getting out there and feeling, you know, like it's hardcore, ya know, it's fun,” Paulsen said.

He’s encouraging other people to do the same.

“Doing it every day, all winter long, or all year long, may not be for everybody, but I think people should certainly consider integrating bicycling or some kind of physical activity and working, Paulsen said.

For Stan, his bike and train commuting has spilled over to his free time. He uses different stations as launching points for bike rides to Antelope Island or up Big Cottonwood Canyon.

Stan has received commuter awards and plans on riding his bike as long as he can.