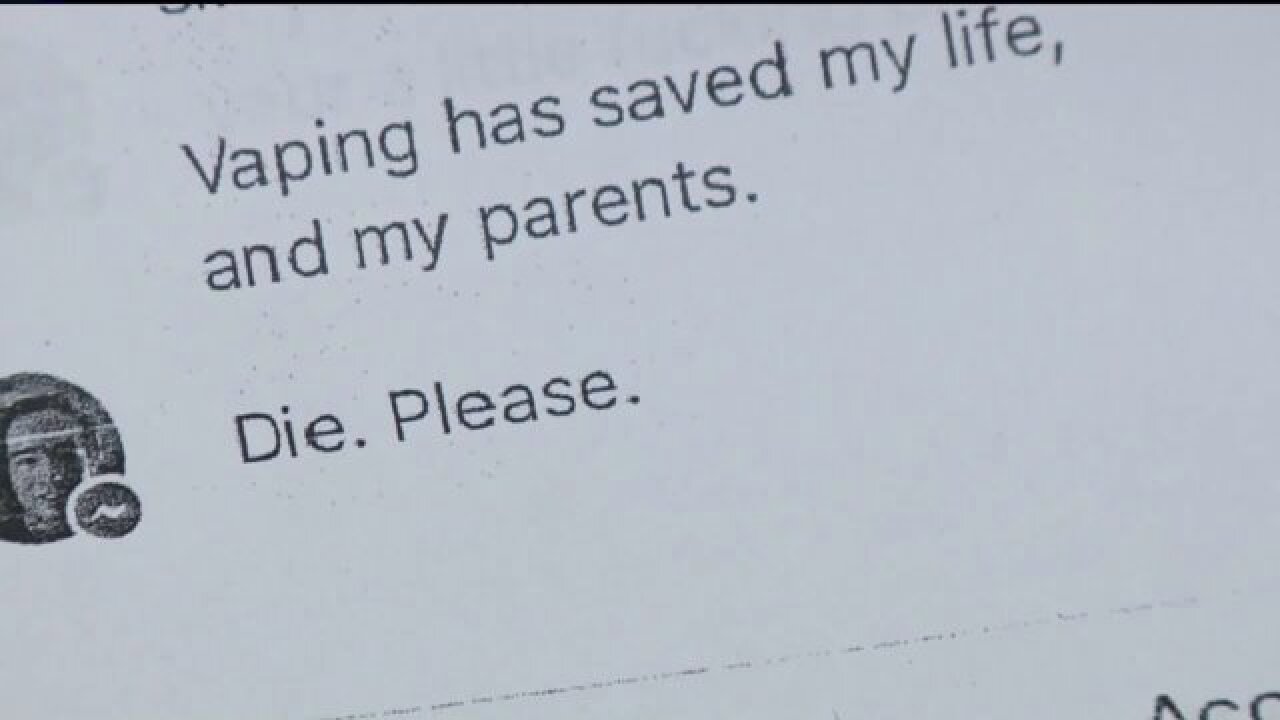 SALT LAKE CITY -- Davis High School Senior Cade Hyde should be feeling really proud right now, but he and his friends are feeling afraid instead after receiving threats on social media.

"We started with my school, built up to our school district and now we're statewide," Hyde said. "We're a statewide, student-run coalition that's supporting House Bill 333."

Hyde created Students Against Electronic Vaping - or SAEV- in November, and, since then, the coalition and its anti-e-cigarette message is spreading like wildfire.

"It really spread so fast because kids realize it's a health issue," Hyde said. "They know it's a problem, so everyone's like, 'Of course I'll support this. This is the right thing to do.'"

Unfortunately, instead of pride, Hyde and his friends in the coalition are afraid. In the past few weeks, Hyde and other members of SAEV have been receiving threats on social media.

Most are too vulgar to share. Others say things like, "This makes me want to throat kick someone" or, "Die. Please."

Some of the people posting threats have been identified as former Davis High School students. Others appear to be adults and vape shop owners.

Whoever they are, Representative Paul Ray, sponsor of HB 333, has a message for them: "Knock it off. You're not helping your cause by coming up here and acting like a kid yourself."

The Davis County Sheriff’s Department is now conducting an investigation. Ryan Wilko, a detective with the Kaysville City Police Department, said the consequences can be serious.

“It would be a class B misdemeanor, threats towards an individual or somebody else to do physical harm, or a harassment-type charge," Wilko said.

No matter what happens, these students won't back down.

"I’m just going to keep pushing for this bill, and this coalition is going to keep going, and we're going to get House Bill 333 to pass," Hyde said.

The bill is currently in the tax and revenue committee, and Representative Ray expects there to be a hearing next week.