Twin sisters give birth to twins twice in Utah County 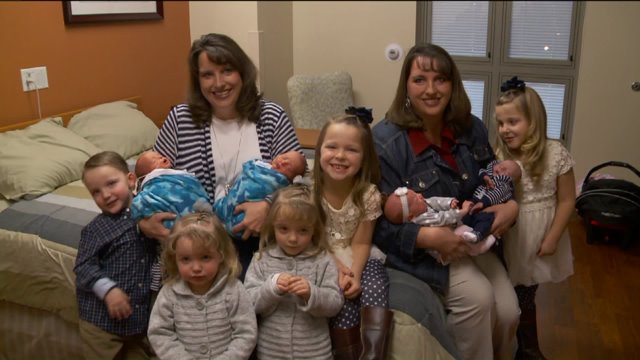 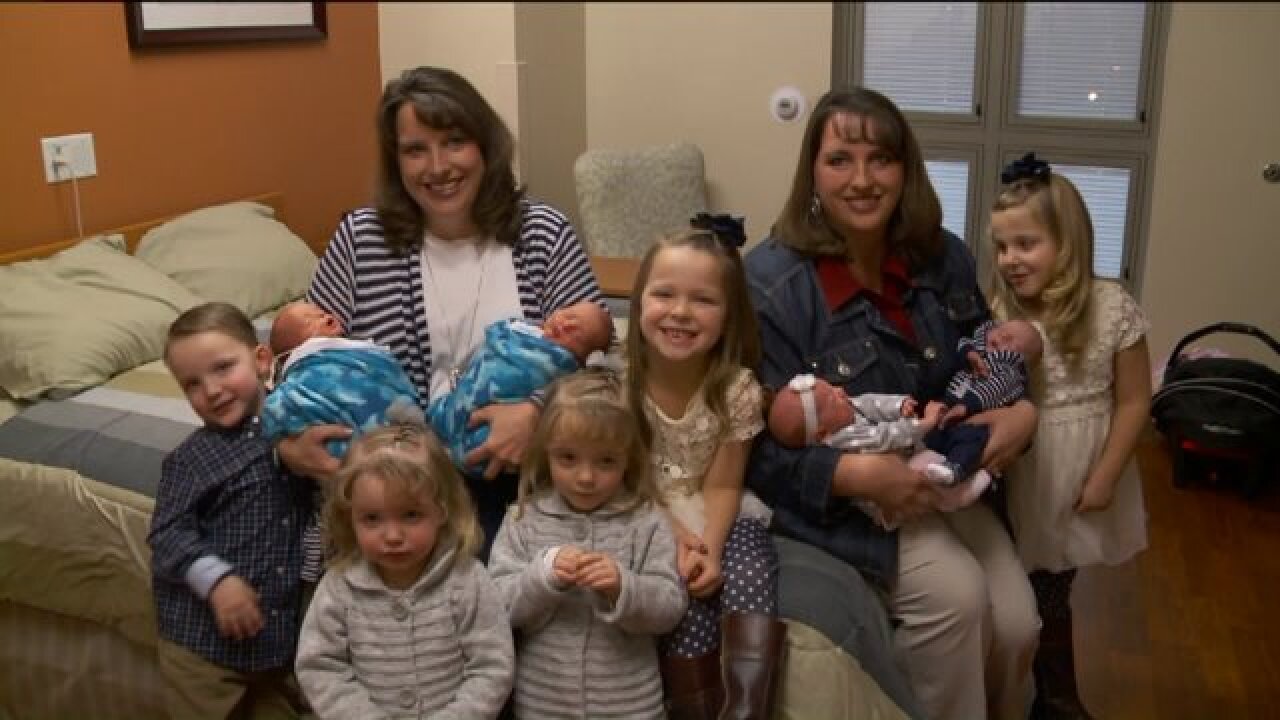 Initially, doctors told the sisters they would not be able to have children.

“We were told we could never get pregnant on our own again unless we pursued fertility treatments,” Kerri Bunker said.

Bunker recently gave birth to Kash and Jace. The infants' siblings visited the pair at the NICU at Timpanogos Regional Hospital Tuesday.

“Look at Kash? Isn’t he cute? Do you believe those were in mommy’s tummy?” Bunker asked her 4-year-old daughter Hallie.

“Want to blow kisses to him?” Kerri asked Kole, and Kole blew him a big kiss.

Wall had her twins first, five-year-olds Madison and McKell.

Then a several months later, Bunker announced she was also having twins, four-year-olds Kole and Hallie.

“That was already an unbelievable moment, for both us to be pregnant and with twins,” Bunker said.

You can call it “twin-tuition” but the women say it must be divine intervention.

After Kole and Hallie, Bunker stopped In Vitro Fertilization, and had frozen some embryos.

Then on their own, Bunker and her husband had 2-year-old Sadie.

After Hallie, Wall announced her second set of twins, using In Vitro again, came newborns Kyler and Kenadee. Then Bunker, for hopefully the last time, she announced she was having twin boys, Kash and Jace.  She did not use In Vitro for that pregnancy.

“It’s surreal,” Wall said. “It seems unbelievable. Even more unbelievable now that we have the second set here.”

They both have decided this is it though.

“I think it’s safe to stay my twin sister and I have completed our families and we are not trying to have anymore!  At this point my husband would die if we found out we are pregnant again,” laughed Kerri. “I think I would cry too!”

Both of them and their mother are feeling blessed everyone has come out healthy and happy.

Grandma Renae Park, Kerri and Kelli’s mother, also said she feels like the luckiest grandma in the world, to have so many beautiful twins in her family.