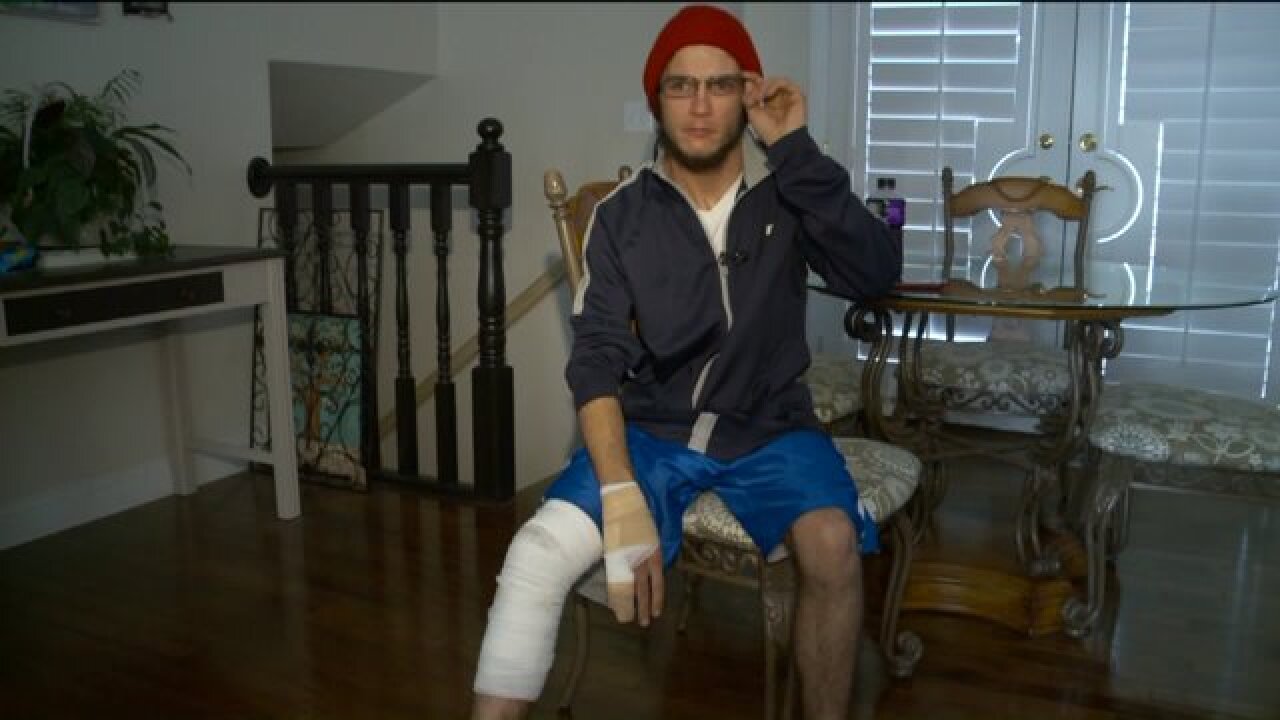 SALT LAKE CITY -- Some Utahns are learning the painful way that e-cigarette batteries and metal objects can be a hazardous combination.

Car keys, a money clip or change in your pocket, along with an e-cig battery, can ignite an explosion.

FOX 13 News’ Kiersten Nuñez spoke with one man who recently suffered second-degree burns after just such an explosion, and he said he had no idea such things were possible.

Austin Mark said he was on his lunch break and put some change in his pocket, and shortly after that he was rushed to a hospital.

“It just completely exploded, it went off like a bottle rocket,” he said.

“It just completely singed all the hair off of my leg and the skin on my hand also,” he said. “…I’m definitely not smoking e-cigs anymore.”

Austin said he started vaping to quit smoking cigarettes. But on Tuesday, his device unexpectedly exploded in his pocket.

“I had no idea: nobody ever told me anything about the dangers of these,” he said.

The owner at Gourmet Vapor, where Austin bought his e-cig, says he warns all of his customers that the batteries and metal don't mix.

“This has been an ongoing issue,” said Kacy McGowan, owner of Gourmet Vapor.

McGowan said such batteries should always be kept in a case.

“If you throw a battery in your pocket without the case on it, and you have a bunch of change inside of your pocket, then of course change is going to touch both sides of that and you're going to have an explosion,” McGowan said.

These unregulated devices are something the state health department is telling people to use with caution.

“There's obviously some concern that this is going to be a new trend we'll see, and the damage it can do is really tragic,” said Brittany Karzen of the Utah Department of Health.

That damage is something Austin experienced firsthand.

“Just be careful when you're playing with your e-cigs, keep all this in mind,” he said.

The health department says there's no way to track if these cases are on the rise, but this marks the fourth incident this week FOX 13 News has received report of.