Report: Helicopter with 5 aboard crashes near Arizona Memorial at Pearl Harbor 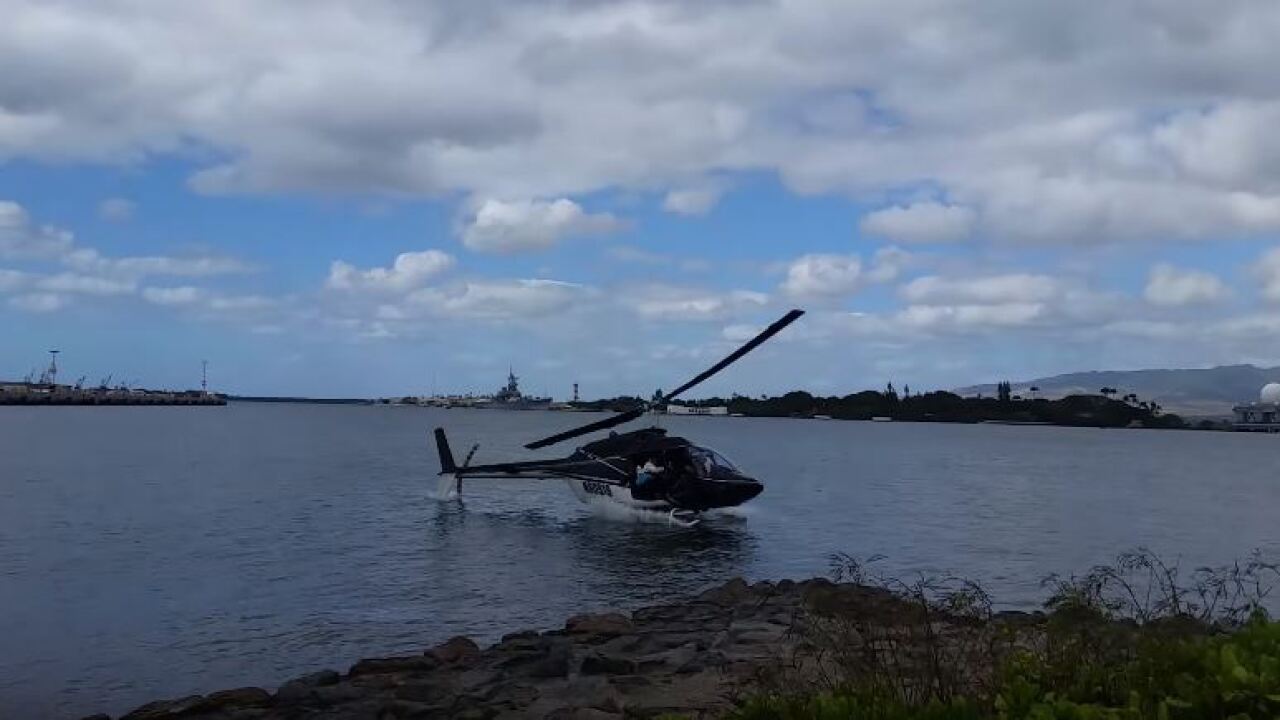 PEARL HARBOR — Five people were reportedly pulled from the water by good Samaritans Thursday after a civilian helicopter crashed into the water in the area of Pearl Harbor in Honolulu, Hawaii Thursday morning.

Hawaii News Now reports the crash happened shortly after 10 a.m. local time and that good Samaritans on the shore jumped into the water to pull the victims from the water. A knife was used to cut the seat belt from one passenger so they could escape the aircraft.

A 16-year-old boy was taken to a hospital in critical condition while two adults, a man and woman, were reported to be in stable condition.

The condition of the other two aboard is unclear, but Hawaii News Now reports they believe the injuries to the remaining two people are not life-threatening.

Video posted to YouTube appears to show the moment the helicopter hit the water.

The Arizona Memorial has been closed for the day as emergency crews respond to the scene. Click here for more from Hawaii News Now.