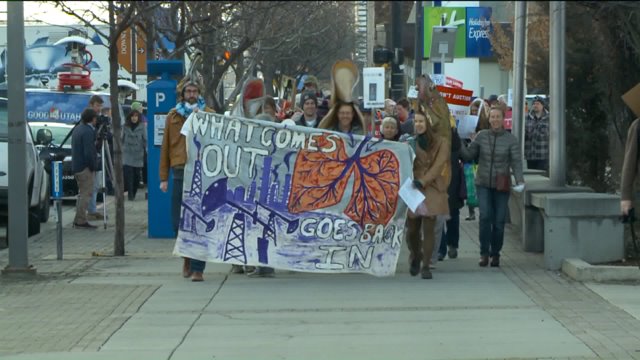 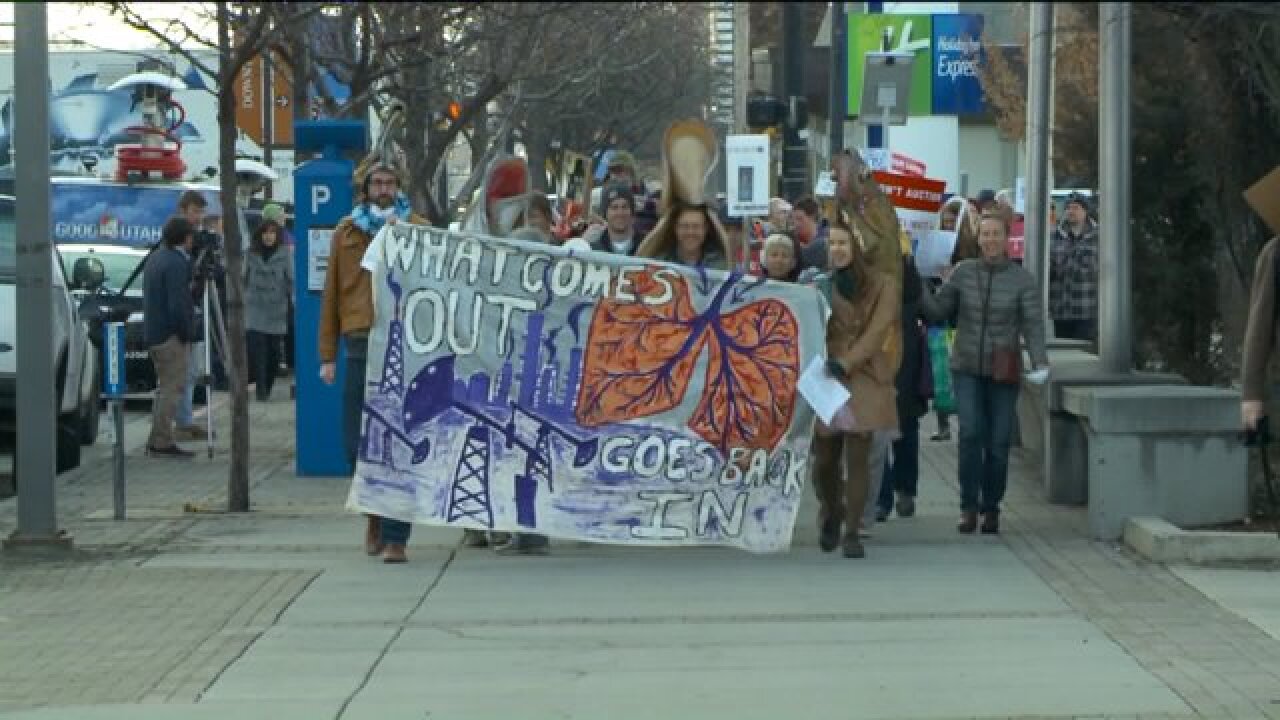 Several dozen people joined bidders at the Salt Palace, singing songs and holding signs opposing potential development. The Bureau of Land Management had 45,000 acres of land up for sale.

Oil and gas companies have experienced more resistance to development as the public has become more environmentally conscious.

"Frankly, I believe the protests serve a purpose,” a BLM official said Tuesday. “It keeps us on our toes to do the proper environmental analysis."

Charlotte Maxwell, a long-time contributor to the Sierra Club, was one of the protesters, saying she felt she needed to more.

"So I decided, OK, time to put my money where my mouth is and my mouth where my money has gone! I'm a firm believer of taking care of the earth instead of destroying it," Maxwell said.

"Problems associated with global warming are already happening and they're just going to get worse so yeah, I am concerned about Lev and greenhouse gases -- he's got a long life ahead of him, I hope," Wickelson said.

Both bidders and protesters filed into a room in the Salt Palace. As the auction began, protesters started singing and chanting.

"Could you please, orderly leave the room; we're going to have police escort you out," an official at the auction said.

Moments later, the protesters left as the bidders cheered.

No one was arrested.