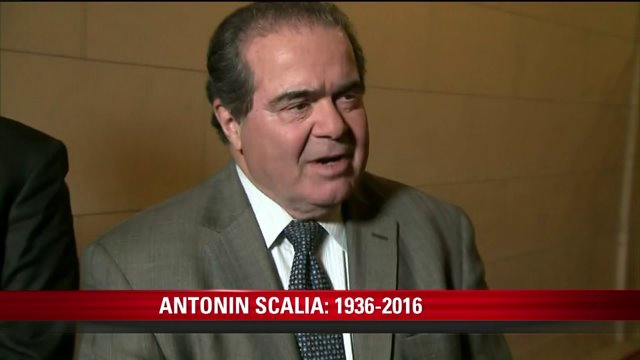 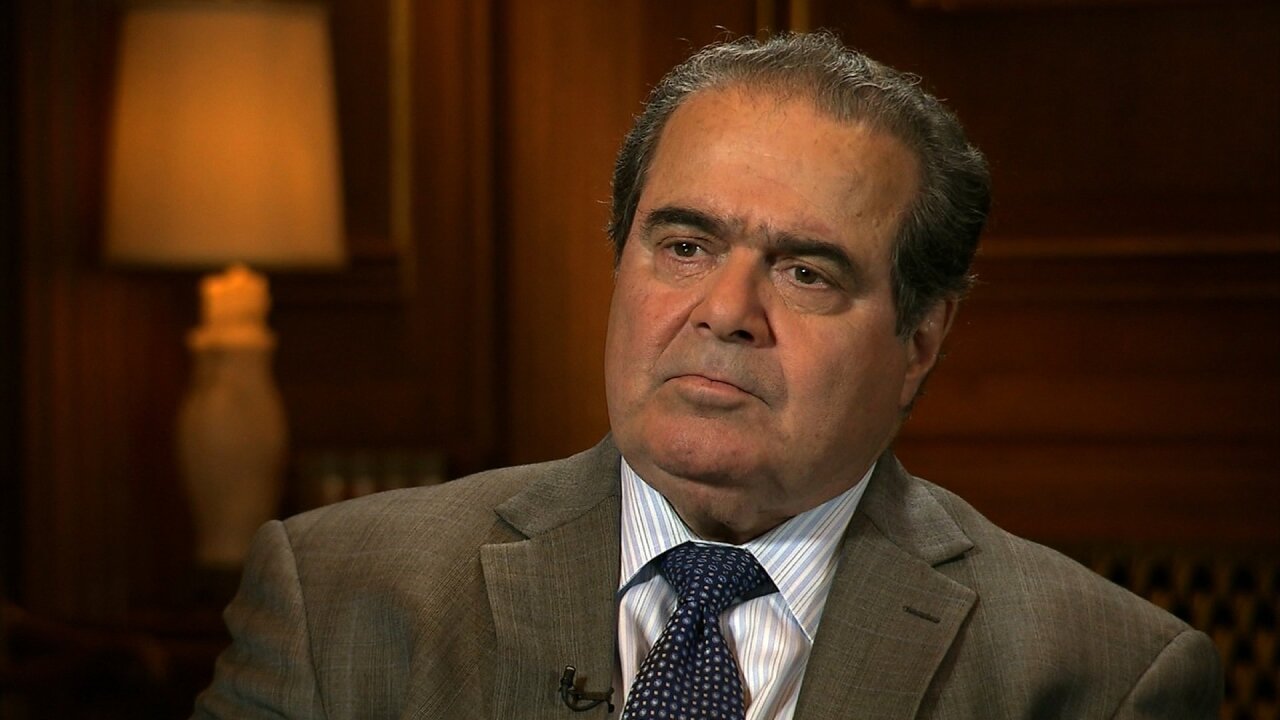 (CNN) -- U.S. Supreme Court Justice Antonin Scalia, the leading conservative voice on the high court, has died at the age of 79, a government source and a family friend told CNN on Saturday.

His death set off an immediate debate about whether President Barack Obama should fill the seat in an election year. Obama said Saturday night that he plans to nominate a replacement, but Senate Majority Leader Mitch McConnell said the nomination should wait until the next president comes into office while top Democrat Harry Reid called for the seat to be filled "right away."

Scalia died in his sleep during a visit to Texas. A government official said Scalia went to bed Friday night and told friends he wasn't feeling well. He didn't get up for breakfast on Saturday morning, and the group he was with for a hunting trip left without him.

Someone at the ranch went in to check on him and found him unresponsive.

The U.S. Marshals Service is helping to arrange for his body to be returned to his home in McLean, Virginia, an official told CNN, not to investigate his death.

There will be no autopsy performed, a source familiar with the case confirmed to CNN. The decision for no autopsy was made both by the family and the Texas Justice of the Peace, the source said.

Marshals were not at the resort in Texas where he died, but were called there after the fact, a law enforcement source told CNN. Mashals help supplement security for traveling justices.

In a statement, Chief Justice John Roberts said he and other justices were saddened to hear of Scalia's passing.

"He was an extraordinary individual and jurist, admired and treasured by his colleagues," Roberts said. "His passing is a great loss to the court and the country he so loyally served. We extend our deepest condolences to his wife Maureen and his family."

Scalia's death in an election year sets up a titanic confirmation tussle over his successor on the bench. The already challenging task of getting a Democratic president's nominee through a Republican-controlled Senate will be made even more difficult as the fight over Scalia's replacement will likely emerge as a dominant theme of a wild presidential election.

Speaking while on a presidential trip to Rancho Mirage, California, Obama vowed to nominate a successor to Scalia, who he called "a towering legal figure."

"There will be plenty of time for me to do so and for the Senate to fulfill its responsibility to give that person a fair hearing and a timely vote," Obama said. "These are responsibilities that I take seriously, as should everyone. They're bigger than any one party. They are about our democracy. They're about the institution to which Justice Scalia dedicated his professional life."

Earlier Saturday, McConnell, a Kentucky Republican, called for the vacancy to be filled after Obama's presidency ends.

"The American people‎ should have a voice in the selection of their next Supreme Court Justice. Therefore, this vacancy should not be filled until we have a new president," McConnell said in a statement.

But Reid, who represents Nevada, called for the seat to be filled "right away."

"With so many important issues pending before the Supreme Court, the Senate has a responsibility to fill vacancies as soon as possible," Reid said in a statement. "It would be unprecedented in recent history for the Supreme Court to go a year with a vacant seat. Failing to fill this vacancy would be a shameful abdication of one of the Senate's most essential Constitutional responsibilities."

Appointed to the court in 1986 by President Ronald Reagan, Scalia was a conservative icon who transformed the court by instilling in it his belief that judges should follow the precise words of the Constitution and not apply a modern interpretation.

He was the first justice of Italian-American heritage and passed through confirmation with a unanimous vote.

Scalia changed oral arguments as he became an active participant with tough questions for advocates.

He will be best known, perhaps, for his landmark decision District of Columbia v. Heller, holding that the Second Amendment protects the right to posses a firearm at home. He was a critic of Roe v. Wade and dissented in last term's same-sex marriage cases.

He wrote a stinging dissent in the same-sex marriage case Obergefell v. Hodges, calling the decision a "threat to American democracy."

He believed that marriage should be decided by the people, not the courts.

He was also concerned that some members of the bench might determine that the death penalty is unconstitutional.

Scalia caused a stir as recently as December when he made controversial comments during a hearing about the future of a program at the University of Texas that takes race into consideration as one factor of admissions.

Scalia pushed a point that had been made in some friend of the court briefs filed in the case. It concerns a theory called "mismatch" popularized by authors Stuart Taylor Jr. and Richard Sander that suggests affirmative action programs don't always benefit minorities.

Although Roberts had mentioned the theory in a different case in 2013, Scalia's language was blunt.

"There are those who contend that it does not benefit African-Americans to get them into the University of Texas, where they do not do well, as opposed to having them go to a less-advanced school, a slower-track school where they do well," he said.

"One of the briefs pointed out that most of the black scientists in this country don't come from schools like the University of Texas," he said.

This term was slated to be every bit as blockbuster as last term. The court is considering a major challenge to public sector unions, a race-conscious admissions plan at the University of Texas, a big abortion case, voting rights, the contraceptive mandate and a challenge to Obama's immigration actions.

Although in some of the cases Scalia probably indicated to his colleagues in conference which way he was going to vote, those preliminary votes aren't binding and are now void.

"The entire tenor of this term has now changed," said Stephen Vladeck, a CNN contributor and a law professor at American University Washington College Law. "The court can try to go ahead, but on cases where they are split 4-4, their only options are to leave the lower court decision intact or to hold the case over until Justice Scalia's replacement is confirmed."

If the Supreme Court is equally divided in a case, ruling 4-4, it means the lower court opinion stands and there is no precedent set by the high court.

Conservative in thought, not in personality

The jaunty jurist was able to light up, or ignite, a room with his often brash demeanor and wicked sense of humor, grounded always in a profound respect for American law and its constitutional traditions.

"What can I say," was a favorite phrase of the man colleagues knew as "Nino."

As it turned out, quite a lot.

"And even in his early years of the Court, that came out at oral argument when he was the most aggressive questioner. And behind the scenes, where the memos he would write -- what were called 'Ninograms' -- inside the court had a real galvanizing effect on the debate among the justices."

A sharp mind combined with a sharp pen allowed Scalia to make his point, both to the pleasure and disappointment of his colleagues and the public.

"He could be belligerent, he was obviously very candid about he felt about things," said Joan Biskupic, a USA Today reporter who wrote a biography of Scalia. "He loved to call it as he saw it, completely not politically correct. In fact, he prided himself on not being PC on the bench in court."

His New York and Mediterranean roots -- "I'm an Italian from Queens," he was fond of saying -- helped fashion a love of words and debate, combining street smarts with a well-calculated conservative view of the law and its limits on society.

"He was very good with audiences that weren't predisposed to like him," said Paul Clement, a former Scalia law clerk. "He was incredibly disarming and charming in his own way."

Scalia, a Catholic, regularly attended Red Mass before each term. He and his wife had nine children and more than 30 grandchildren.

His best friend on the bench was Justice Ruth Bader Ginsburg, whom he called his "best buddy" on the court. Last winter, they appeared together in a wide-ranging discussion on constitutional issues.

"Why don't you call us the odd couple?" Scalia said.

Reaction and condolences quickly poured in from politicians and presidential hopefuls. President George H.W. Bush, who was vice president when Scalia was appointed to the court, called him one of Reagan's "many enduring legacies to the United States."

"Both his admirers and his detractors agreed that Justice Scalia was one of the sharpest constitutional intellects to ever serve on the bench," Bush said in a statement. "I considered him a personal hero, and Barbara and I were honored to call him a friend. Our heart breaks today for our country, but especially for his wife Maureen and his nine children and extended family. His death is a great loss for us all."

GOP 2016 front-runner Donald Trump issued his condolences to Scalia's family in a statement but tweeted that his death was a "massive setback" for conservatives.

"The totally unexpected loss of Supreme Court Justice Antonin Scalia is a massive setback for the Conservative movement and our COUNTRY!" Trump tweeted.

Texas Sen. Ted Cruz, who is a member of the Judiciary Committee, echoed McConnell's call for Obama to hold off on selecting a replacement.

"Justice Scalia was an American hero. We owe it to him, & the Nation, for the Senate to ensure that the next President names his replacement," Cruz tweeted.

Hillary Clinton said in a statement that she "did not hold Justice Scalia's views, but he was a dedicated public servant who brought energy and passion to the bench."

But, she added, "The Republicans in the Senate and on the campaign trail who are calling for Justice Scalia's seat to remain vacant dishonor our Constitution. The Senate has a constitutional responsibility here that it cannot abdicate for partisan political reasons."