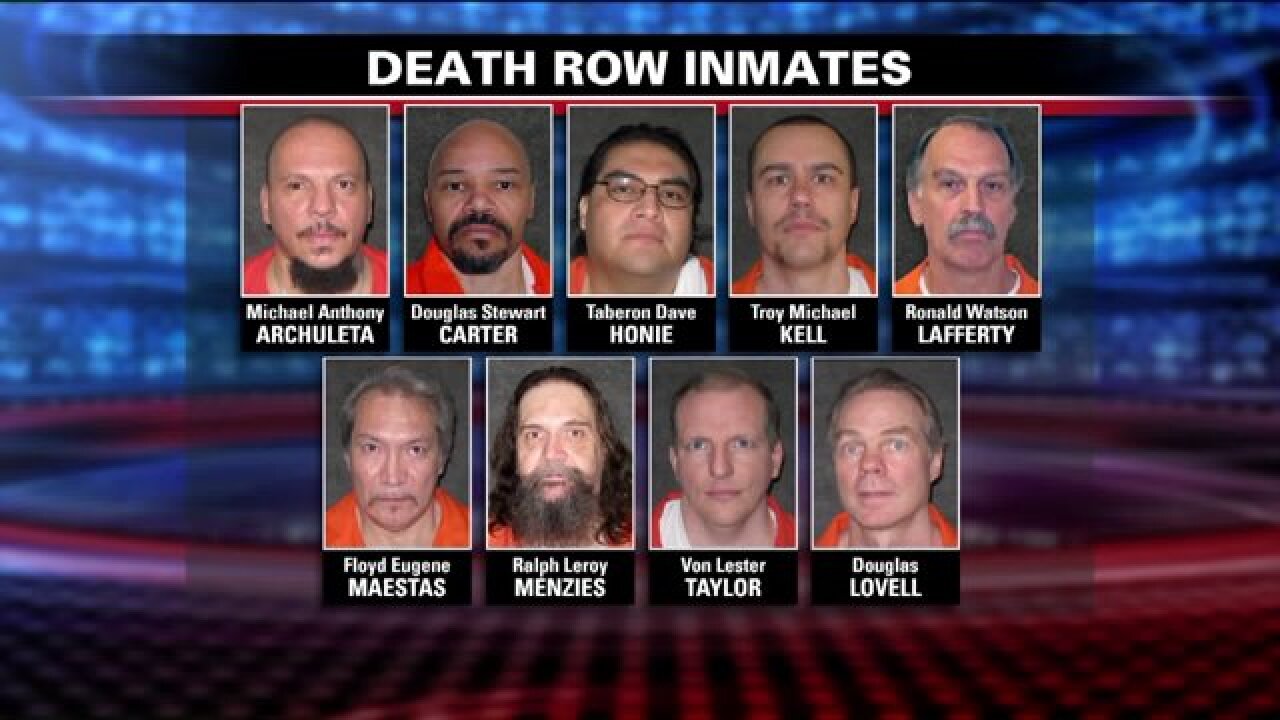 The inmates on Utah’s death row.

There is no timetable for when each one will be put to death, because each has a series of appeals in the works. Three of them have elected to die by firing squad, grandfathered in before it was done away with as a primary method of execution.

RELATED: Bill seeks to end the death penalty in Utah

Last year, the Utah State Legislature passed by a bill by Rep. Paul Ray, R-Clinton, that brought back the firing squad as a method of execution should lethal injection not be available.

Right now, the Utah Department of Corrections has said, it does not have the drugs to carry out a lethal injection execution.

Corrections officials provided to FOX 13 this list of the death row inmates and how they have elected to die:

Method: Lethal injection (assigned after he did not select a method)

Method: Lethal injection (assigned after he did not select a method)