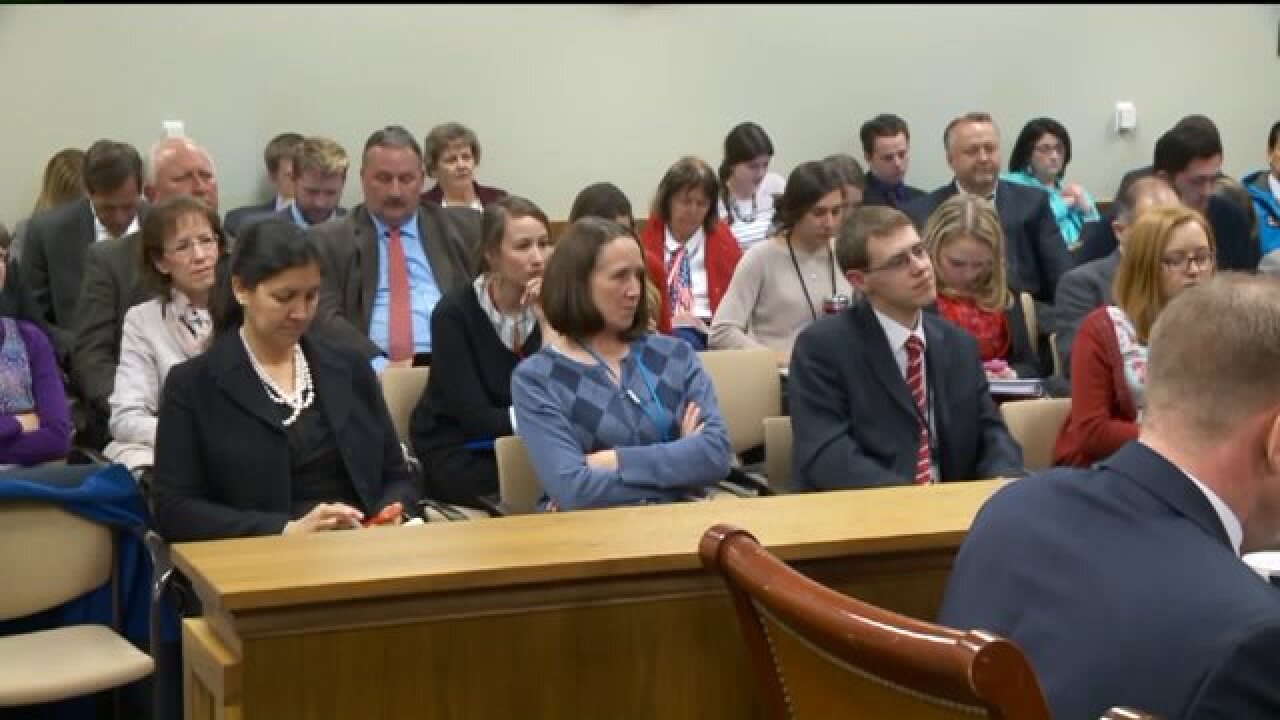 On paper, it's a simple bill to change the language in Utah law to match the Supreme Court ruling allowing same-sex couples to foster and adopt. But on Friday, a room full of people lined up to argue against the change.

It was a packed room at a House committee meeting Friday, with many waiting for the last item on the agenda, which calls for changes to wording regarding adoption and foster care in order to reflect legal changes when it comes to same-sex marriage.

"This bill is very simple: It changes man and woman to couple or spouse within [the] adoption or foster parent statute," said Rep. Angela Romero, the bill's sponsor and a Democrat representing District 26.

Alongside Romero sat the Director of the Department of Child and Family Services, who says his department is in favor of the change.

"In Utah, a legally married couple who passes the foster care background screening process is eligible to become an adoptive or foster parent from DCFS, and we want the statute to reflect this," Brent Platt, Director of DCFS, said.

But several spoke out against the changes during the public comment period, including the President of the Utah Eagle Forum.

"This would allow for the adoption of children by same-sex couples," Gayle Ruzicka said. "This is one we oppose, because children deserve both a mother and a father."

Those against the change came with research that claims it is not in the best interest of the child to live with same sex couples.

"Children having to live with the promiscuity of their parents, the live-in boyfriends... but, the point is, they don't give a happy story of growing up in these families," said one woman who spoke out during the public comment period.

Romero's bill now sits in limbo, as the hearing took so long a vote was not taken, but she hopes to see it get another chance.

"Children thrive when they're happy and loved, and it doesn't matter if it's a mom or dad, or a mom and a mom, or just a mom," Romero said.

Romero says she's never been in a committee hearing like that. She said she hopes to have an honest and balanced conversation next week, which is when the bill is likely to come up again.