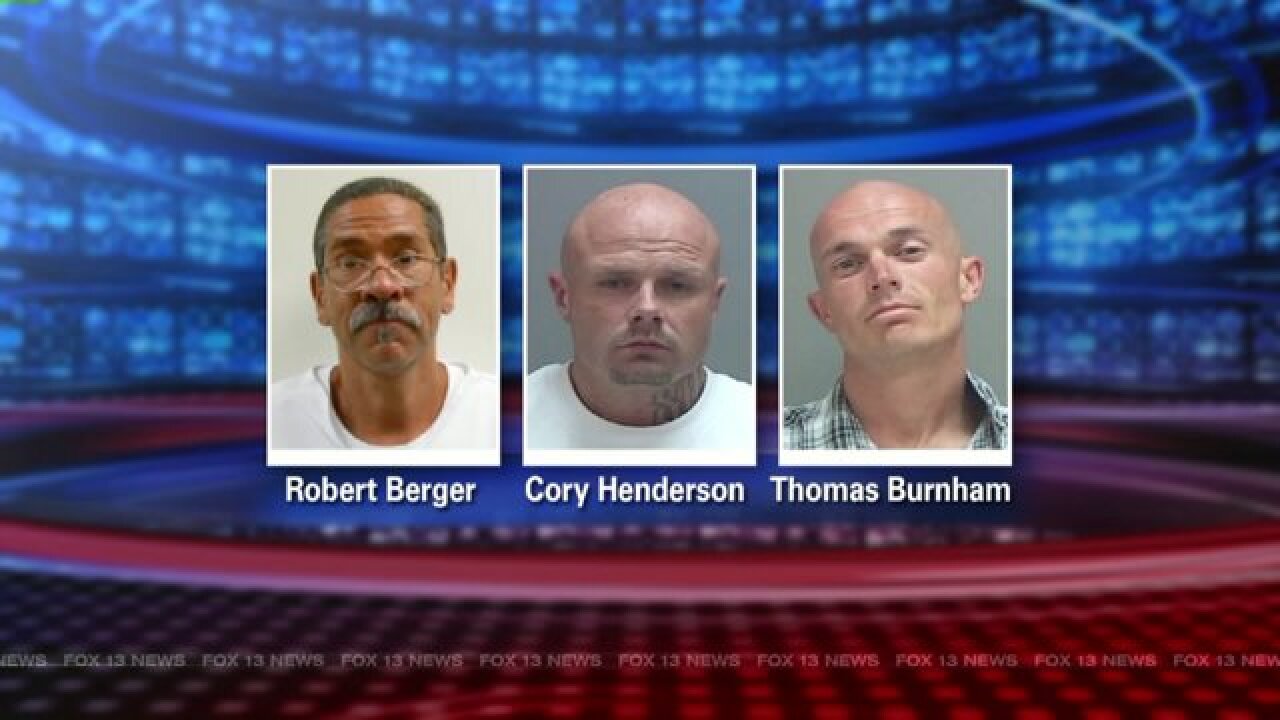 SALT LAKE CITY – An armed and dangerous fugitive on the run in Utah this week is among a growing number of individuals who have walked away from a court-ordered treatment center and then committed crimes, and police are creating a new task force to address the issue.

Police say 29-year-old Thomas Burnham stole a license plate and then rammed a police car during a chase in Salt Lake City Tuesday night, and the man had recently walked away from the Fortitude Treatment Center, which is a halfway house.

This is at least the third time since September a fugitive from Fortitude has had a violent encounter with police.

The Utah Department of Corrections has been facing some hard questions after the people who walked away have put police and the public in danger, and some claim it could have been prevented.

“I’m both concerned and frustrated,” said Salt Lake County Sheriff Jim Winder during a phone interview. “This latest incident directly placed my officer in grave danger, and we simply cannot have this continue.”

That’s why the Unified Police Department is joining with Salt Lake City police to create a task force specially designed to find fugitives who have left treatment centers like Fortitude.

“We're going to take direct action to ensure that any future individuals who walk away from this facility, we will pursue them aggressively and make sure they are taken into custody,” Winder said.

According to a press release from UPD announcing the task force: "The objective of this taskforce will be the immediate re-allocation of specialized resources to apprehend offenders currently wanted for parole violation. Immediate changes are being made in the sharing of intelligence, the notification process regarding new fugitives and walkaways, and the coordination of efforts to quickly begin tracking down the high-profile offenders as soon as they abscond."

Cory Lee Henderson walked away from Fortitude December 18, and on January 17 he shot and killed Officer Doug Barney and wounded Officer Jon Richey.

Last September, another escapee from Fortitude, Robert Berger, broke into a Salt Lake City home and allegedly attacked two sisters, stabbing one of them before he was shot and killed by a Salt Lake City police officer.

“We're spending a lot of time addressing several issues at the Fortitude Treatment Center,” said Rollin Cook, the Executive Director for the Utah Department of Corrections.

Cook said the treatment center has about five people who walk away each week.

“We deal with the worst of the worst, and we don't have a choice,” Cook said. “We don't get to say, ‘Oh we're not going to manage that person, we're going to ignore it.'"

Cook said treatment centers are shorthanded and employees don’t make a lot of money. But despite challenges, Cook said they’re trying to fix the problem.

“We're not just giving up on this, and we're not turning our head and we're not avoiding the problem: We're engaged in tracking these fugitives down,” Cook said.

The state is looking into other options for how to prevent people from leaving the treatment centers, but things like parole escorts and GPS trackers cost money the state says they don't have.

Bre Lasley is one of the two sisters who were attacked by Berger, and she spoke to FOX 13 about her experience.

"He was saying multiple times he was going to kill me, he wanted to kill me and my sister," she said.

Bre was stabbed three times, and each cut was at least 4 inches deep. The woman was being held at knife point when officer Ben Hone fired on the suspect, killing him.

"Still to this day, this is the second time I've been back, and I'm kinda shaken up ," she said. "I don't even like looking behind me to see the house."

But, that night wasn't the end of the turmoil for Lasley, as she later learned Henderson had left the same facility before killing Officer Barney.

"When I heard both of those men were let out of Fortitude, it just made me sick," she said.

The wife of an officer who was involved in the chase of Burnham also spoke to FOX 13, but asked she remain anonymous.

"It's just frustrating, everything seems to be going back to the same place," she said.

The officer's wife said her husband was involved in at least two of the encounters with Fortitude walkaways.

"You hug them a little tighter when they leave, you let the kids call a little more than you used to at work, just to make sure, heaven forbid, there's something that you don't wish you would have done," she said.