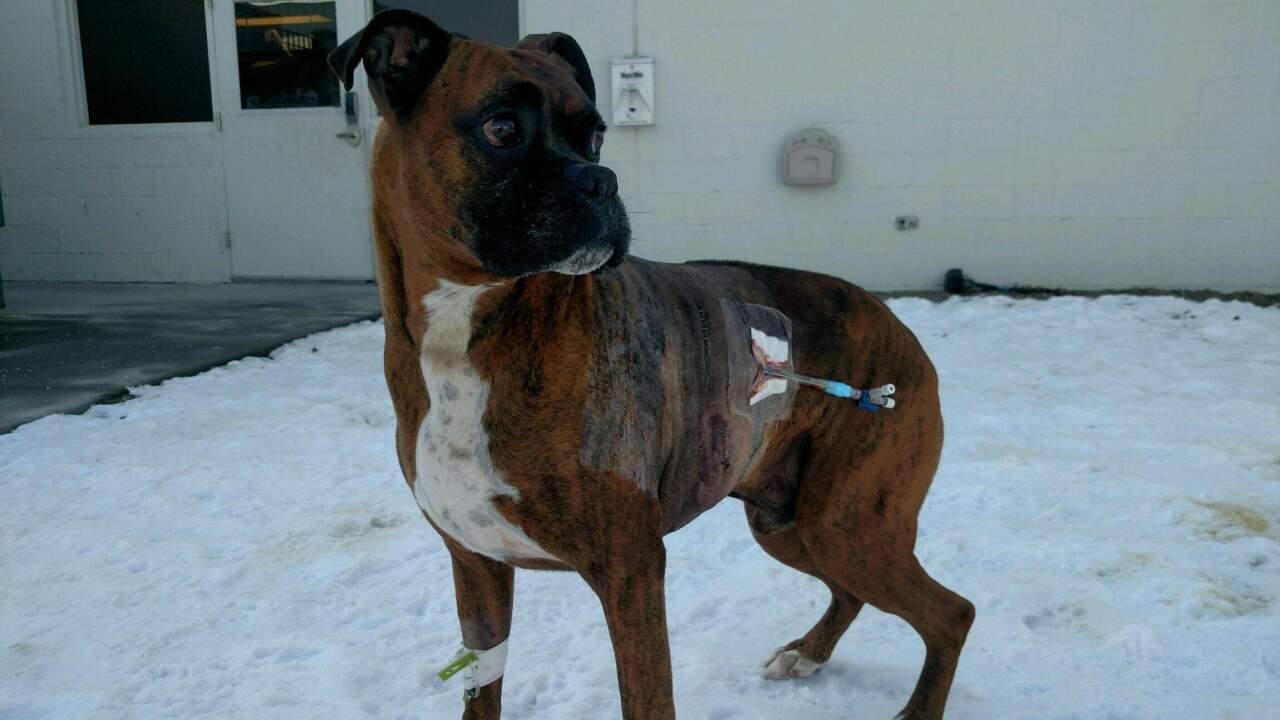 Family dog recovering after being injured in a deer attack in Draper Monday morning. Courtesy of Utah Veterinary Center

DRAPER, Utah — A Draper man and his dog are recovering after being attacked by a deer in the backyard of their home Monday morning.

At 8:02 a.m., Draper Animal Services received the call about a man being attacked by a deer in the Suncrest area. The caller said her father was in their backyard when he was confronted by a buck Mule deer that had just injured the family dog, according to a press release from Draper City Police Department.

When Animal Services Supervisor Dennis Wilson arrived on scene, he found the man lying on the ground with the deer pushing its antlers down into him.

Wilson grabbed the deer and pulled the antlers away from the man, allowing him to walk back to his house, the release states.

“Officer Wilson continued to fight with the deer eventually gaining control of the deer on the ground,” the release states.

Two patrol officers arrived on scene and were able help put the animal down. Officials say the deer was injured.

“It is very rare for a deer to attack a person,” according to the release. “In this case it is assumed the deer got stuck in the yard after jumping a fence and could not get back out.”

The family dog, Gus, is a 6-year-old Boxer. He suffered severe puncture wounds and underwent emergency surgery to repair two tears in his chest wall, according to a release from the Utah Veterinary Center.

“That dog is really lucky,” said Dr. Will Becker in the release. “If one of those antlers had gone an inch in a different direction, he would be much more severely injured than he is now.”

Authorities emphasize this is an isolated incident but if anyone does see deer or other wildlife around their property, they courage residents to call Draper City Animal Control at 801-840-4000.