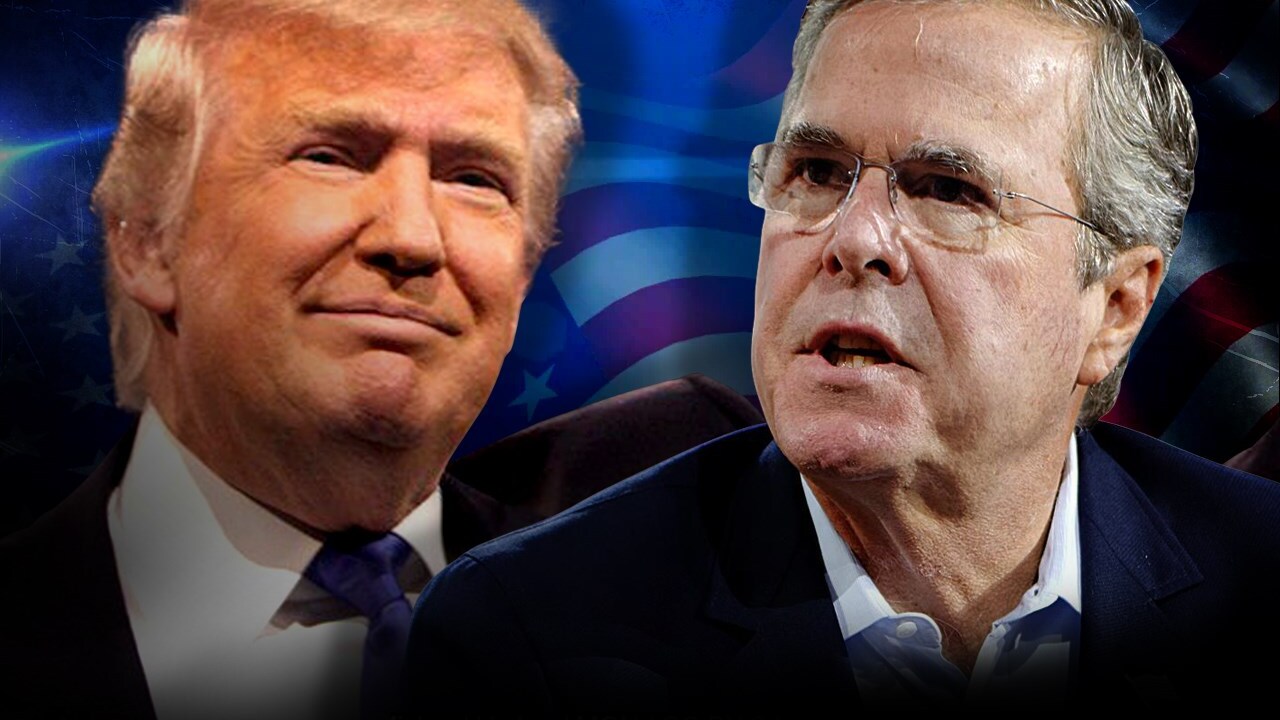 By Ashley Killough and Noah Gray

“It’s a sign of weakness when you make fun of the disabled,” Bush said. “What kind of man would do that? You do not want that man as president of the United States, I can promise you that. … it’s a sign of real weakness when you call John McCain or Leo Thorsness or anybody else that is a POW, who served this country in a way that should be admired, American heroes. Calling them losers? Donald Trump, you’re the loser!”

“On Day One, I will not blame Barack Obama for anything,” Bush said. “I got sick and tired of hearing him blame my brother and I will never do it to him.”

Bush spoke hours after mixing it up in a heated exchange with Trump during Saturday night’s Republican presidential debate, hosted by ABC.

At a rally happening nearly simultaneously as Bush’s town hall, Trump accused the former Florida governor as being the pocket of the pharmaceutical industry and called the chances of Bush becoming president an “impossibility.”

Bush also made not-so-subtle digs at Republican opponents Sens. Marco Rubio and Ted Cruz, whom the former Florida governor gave a back handed compliment when he called them gifted.

“We have two gifted freshman senators that are also front-running candidates. They’re gifted. Look, I got a monkey brain to be honest with you. I can’t say the same thing, I can’t say it. My mind works differently,” Bush said.

Rubio took heat from New Jersey Gov. Chris Christie at Saturday’s debate, when Christie called out Rubio for repeating the same phrases throughout his answers.

Bush continued, saying message discipline was not his strong suit, and pointing to his brain.

“It’s fertile. It’s growing. It’s challenging. I’m always questioning myself. I’m intellectually curious. It’s not all scripted. I think that’s actually a strength to be President of the United States because you cannot script the presidency.”