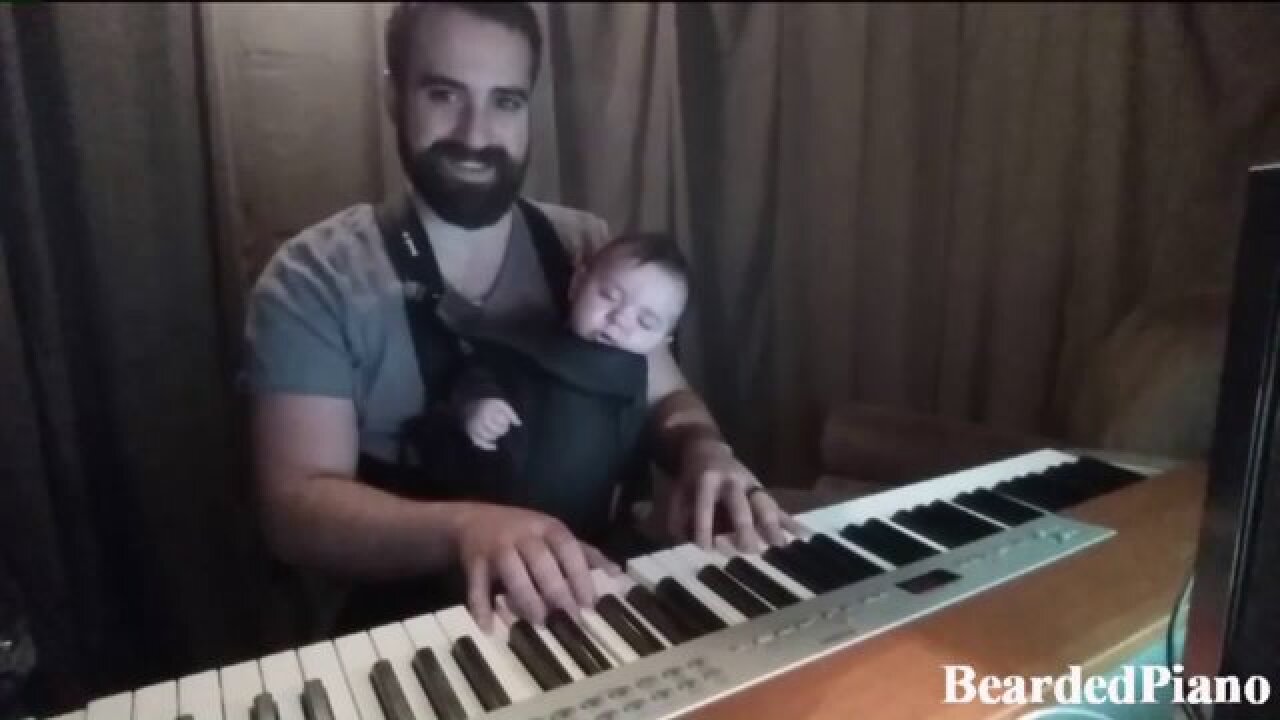 SALT LAKE CITY -- A father serenading his baby to sleep, and it actually works. The video is getting attention all over the world, but the father and baby are right here in Salt Lake City.

Five-month-old Samuel is taking the Internet by storm with a little help from his piano playing dad.

“It was definitely a heartfelt moment,” said David Motola, Samuel’s father, and a musician and founder of bearded piano.

David Motola says an earache was keeping his baby boy up, and Samuel refused to close his eyes. Then, David’s wife challenged him to get their son to fall asleep.

“I rocked him for about ten minutes and probably gave him motion sickness and decided I would play piano for him,” Motola said.

With Samuel strapped to his chest, David started tickling the keys--creating the lullaby arrangement on the spot. Within seconds, 28 to be exact, Samuel drops off into a deep sleep.

“Halfway through I look up in amazement because he's yawning and asleep,” Motola said. “I was amazed as everybody else; he was out like a light in 30 seconds."

To his parents' amazement, Samuel stayed asleep for another 8 hours that night. David says he only shot the video to show his wife.

“I'm the mom, and I’m like, oh my cute baby and oh my cute husband,” Molly Motola, David’s wife, said.

But now this precious moment has more than 30 million views.

“We were a little surprised it just blew up,” Molly said.

“I've been moved to tears about some of the people who have left messages,” David added.

Now, the lullaby is part of Samuel’s bedtime routine.

You can download David’s lullaby here, and all proceeds will go to his son’s college fund.