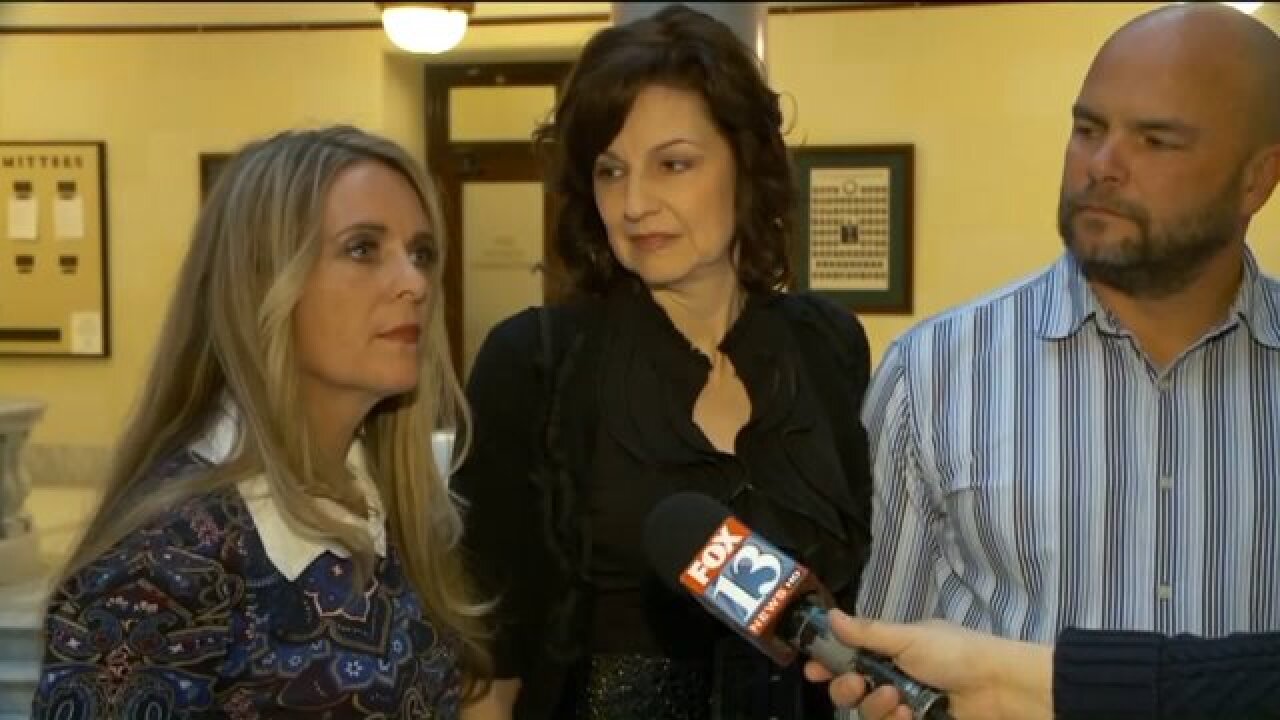 In an interview with FOX 13, Noel said the bill could get the state out of the "Sister Wives" polygamy case pending before the 10th U.S. Circuit Court of Appeals.

"We're in this case right now in the 10th Circuit. We think it can clarify some things and possibly get us out of an expensive lawsuit," he said.

Noel said the bill would leave it up to prosecutors to determine any bigamy charges, which he noted was only used in concert with other crimes. The bill could get a hearing as soon as next week.

SALT LAKE CITY -- Concerned about a pending bill that could basically "recriminalize" polygamy in the state of Utah, members of a polygamous family met with the Speaker of the House to lobby against it.

Joe Darger and his wives, Vicki, Valerie and Alina met late Friday with House Speaker Greg Hughes, R-Draper. The Dargers told FOX 13 in an interview that they wanted to know more about the bill and how it would impact polygamous families across the state.

"We feel like there's been a lot of progress made in decriminalizing polygamy and allowing people to come and be part of society. My concern is if we keep trying to go backwards... basically keep the state out of the bedroom. We've accomplished that. Let's just stay there," Joe Darger said.

In 2014, a federal judge ruled in reality TV polygamist Kody Brown's lawsuit against Utah, effectively decriminalizing plural marriage by striking down part of the state's historic ban on polygamy. Under the ruling, adults can cohabitate with multiple people and "purport" to be married. The Utah Attorney General's Office has said the pending bill would change that. (It remains illegal to seek multiple marriage licenses.)

So far, the bill's sponsor has not been disclosed, nor has the bill's language been released. In a hearing in the "Sister Wives" case before the 10th U.S. Circuit Court of Appeals in Denver, the Utah Attorney General's Office revealed to the panel of judges that legislation was coming.

The 10th U.S. Circuit Court of Appeals could rule at any time about the state of Utah's anti-polygamy laws.

The Dargers argue that decriminalization of polygamy would allow historically secret societies to be more open, reporting abuses without fear of bringing down their entire families. Vicki Darger said legislation like what's been discussed could undo that.

"We've finally come to a place where we felt like we could live our lives the way we choose to and make these decisions for ourselves," she said. "There are plenty of laws that can take care of problems that arise in polygamy which are also in every other walk of life."

The anti-polygamy group Sound Choices Coalition has also been reaching out to lawmakers, saying Utah law needs to be tightened.

"It appears to create a massive loophole that will permit polygamy as long as the participants don't claim to be married. This will do nothing to prevent the abuses of polygamy from continuing," Kristyn Decker wrote to FOX 13.

Confirming his meeting with the Darger family, Hughes said he was glad to meet with them and understand their perspective. He was non-committal on the bill until he had read the legislation, if it is filed.

"I think that was helpful for me to understand kind of the face of a particular household and a structure," Hughes told FOX 13.