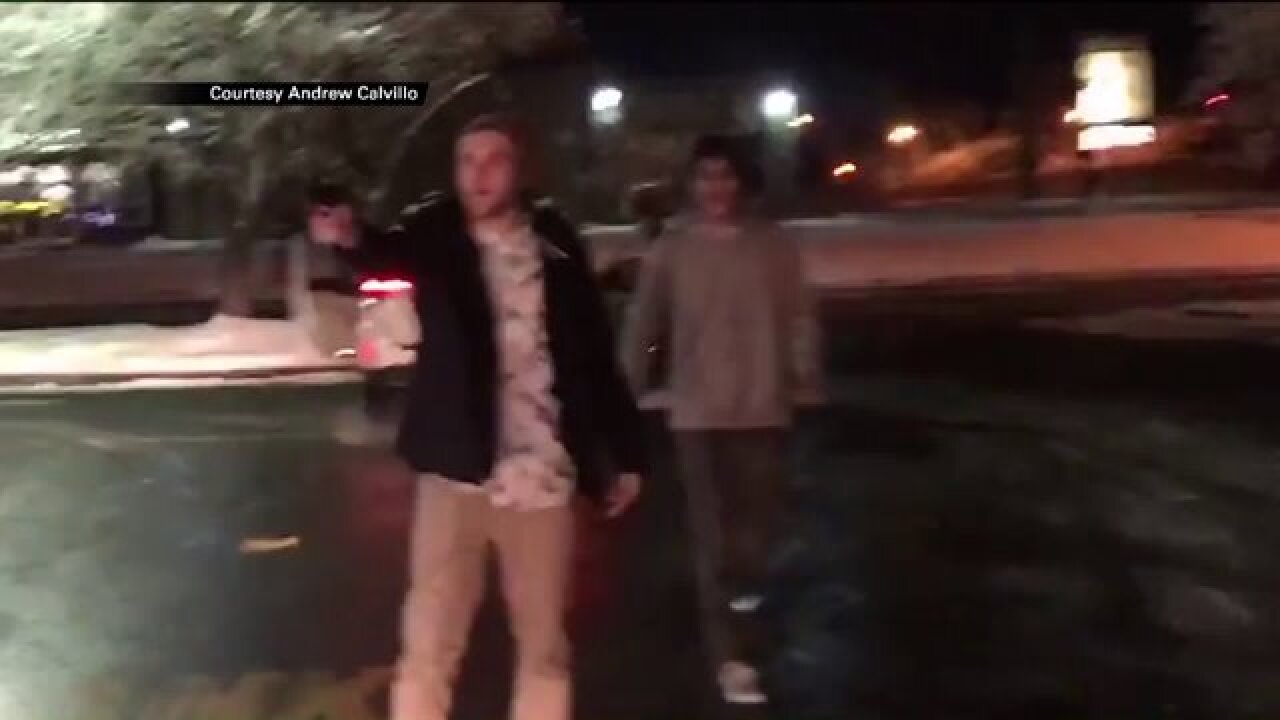 MURRAY, Utah -- Cell phone video captured a man pull a gun out in the drive-thru of a McDonald’s restaurant at the corner of 4500 South and 300 West in Murray Sunday.

"Right there looks like he was actually serious about to do something,” said Michela Spikes, watching cell phone video of the altercation.

Spikes was working back in the kitchen on Sunday at 2:30 a.m. when a fight started over a customer’s order.

"It makes you think, if he was going to shoot one person, how do we know he wasn't going to jump through and do the rest,” Spikes questioned. “I've got a 15-month-old son I got to think about."

The video showed three men getting out of a white Subaru Outback after driving about 40 feet away from the drive-up window. The YouTube footage is available below.

WARNING: The footage below contains several instances of profanity, viewer discretion is advised.

An employee, who Spikes identified as Angel, yelled back and forth with the group. As the argument escalated, the video shows the driver of the Subaru get out of his car with a gun, walking back toward the drive-up window, pointing it inside.

"That guy right there, he's the one who stopped it from getting worse -- the guy in the grey sweatshirt,” Spikes said, referring to one of the men from the Subaru Outback who stepped in front of the man with the gun and pushed him back toward the car.

Murray police are investigating the incident.

Authorities say they have both the license plate number from the Subaru and a copy of the video. So far, no arrests have been made.

If anyone recognizes the individuals in the video, they are asked to call Murray police at 801-840-4000.