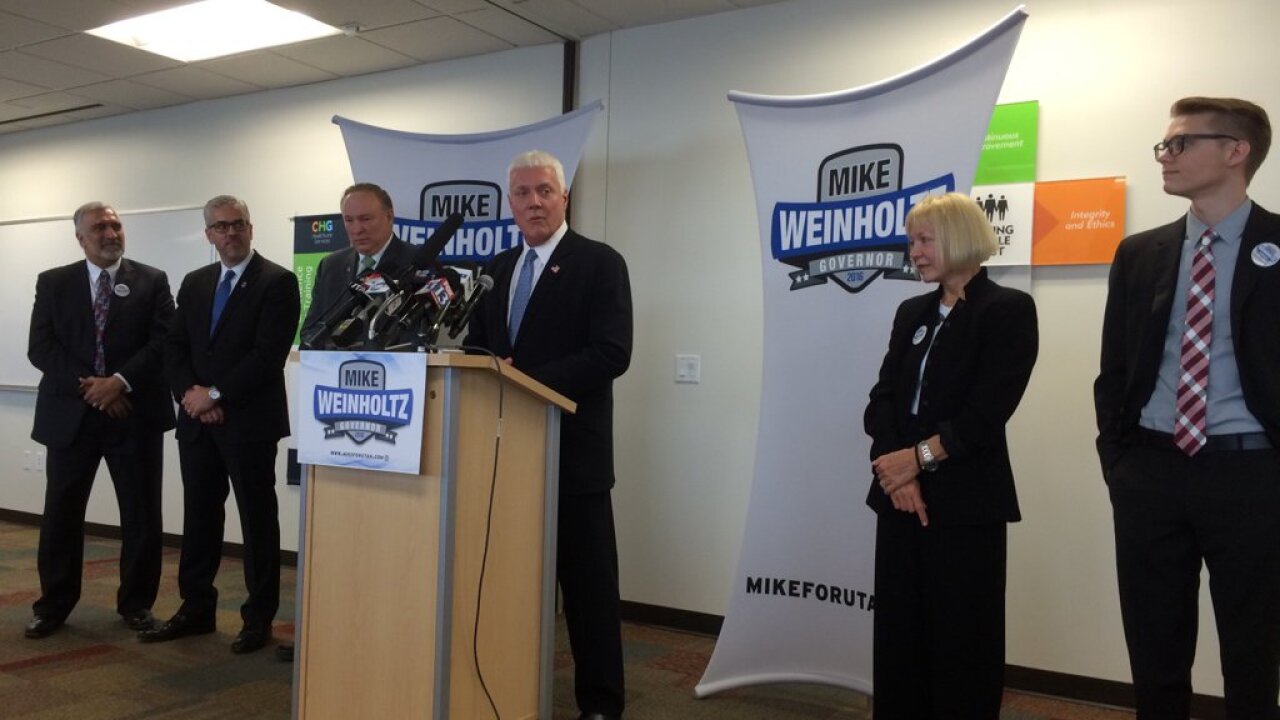 Mike Weinholtz declares his candidacy for the Democratic nomination for Utah Governor on Friday, Jan. 22, 2016 (Photo via Ben Winslow)

“Sure, it’s an uphill battle,” he told FOX 13. “But I’ve always enjoyed being the underdog and taking on big challenges. I think the path to victory is energizing the people of Utah and helping them understand that they’ll have a voice in a Gov. Weinholtz administration.”

Mike Weinholtz declares his candidacy for the Democratic nomination for Utah Governor on Friday, Jan. 22, 2016 (Photo via Ben Winslow)

Weinholtz said he wants to focus his campaign on education, health care and air quality. He criticized Gov. Herbert for not getting Medicaid expansion through.

Weinholtz faces an inter-party challenger. Vaughn Cook has already declared his intention to run for the Democratic nomination. On the Republican side, Gov. Herbert faces a challenge from Overstock.com Board Chairman Jonathan Johnson.

“I look forward to running against Mike in the general election,”Johnson said in a statement released through is campaign. “While we differ on policy positions, I know Mike personally and the exchange of ideas between two businessman, in contrast with a career politician, will be beneficial to Utah voters.”

Herbert’s campaign said he anticipated a challenger — but didn’t mention Weinholtz by name.

“Gov. Herbert has always anticipated the Democrats would field a challenger and he looks forward to running on his strong record and vision for the upcoming term,” campaign manager Marty Carpenter said in a statement. “His focus right now is on doing the job the voters have given him and preparing for the upcoming legislative session.”