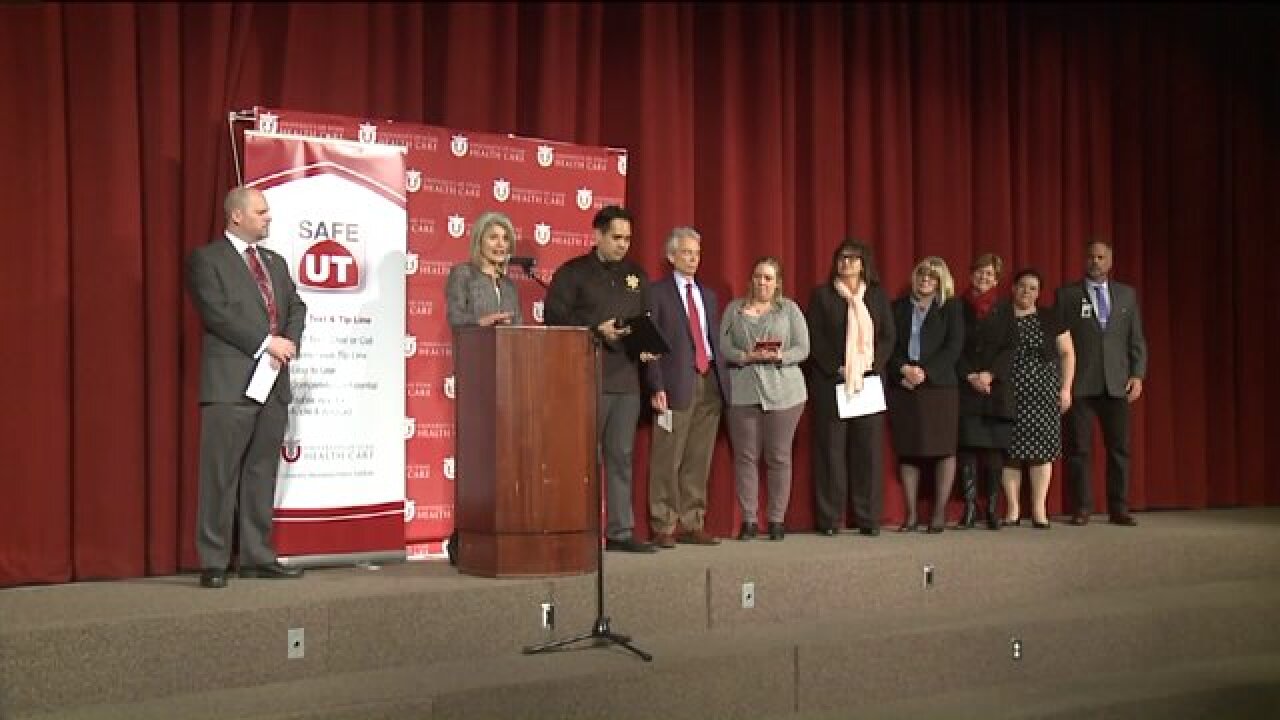 SALT LAKE CITY, Utah – Putting crisis intervention tools into the hands of kids. That’s the goal of a new multi-department program, the result of legislation aimed at tackling childhood suicide.

Utah Attorney General Sean Reyes said suicide is the leading cause of death in children ages 10 to 17. It’s an epidemic they’re trying to curb through an app called SafeUT. The app launched Wednesday on Apple and Google Play stores and is the result of legislation passed last year.

Bill sponsor Senator Daniel Thatcher said the goal is to reach kids in their language.

“Kids grew up with phones in their hands texting instead of talking to people they’re on the couch with,” Thatcher said. “This isn’t just about suicide. This is about any time of crisis that any child might be facing.”

Through the app, students will be able to get emotional help 24 hours a day. Counselors with the University of Utah Neuropsychiatric Institute man the text and chat lines, offering help and hope to kids suffering  from depression, bullying, or any other issue.

“The reality is that if an at-risk child speaks to a professional, gets that intervention, the chances of harming themselves and committing a crime against them or others decreases drastically,” Reyes said.

Those services were technically already out in the community, through hotlines and counseling services, but Thatcher said they weren’t in a place where those who need them most find them readily accessible. That’s why the School Safety and Crisis Line Commission was created, to launch a multi-pronged approach.

“I think it’s a great idea,” mother Jennifer Hulse said. “I think there’s a lot of situations where kids need resources, and they want to help.”

In addition to getting help for themselves, kids can submit a tip to their school administrators if they see bullying or substance abuse. Tips can remain anonymous.