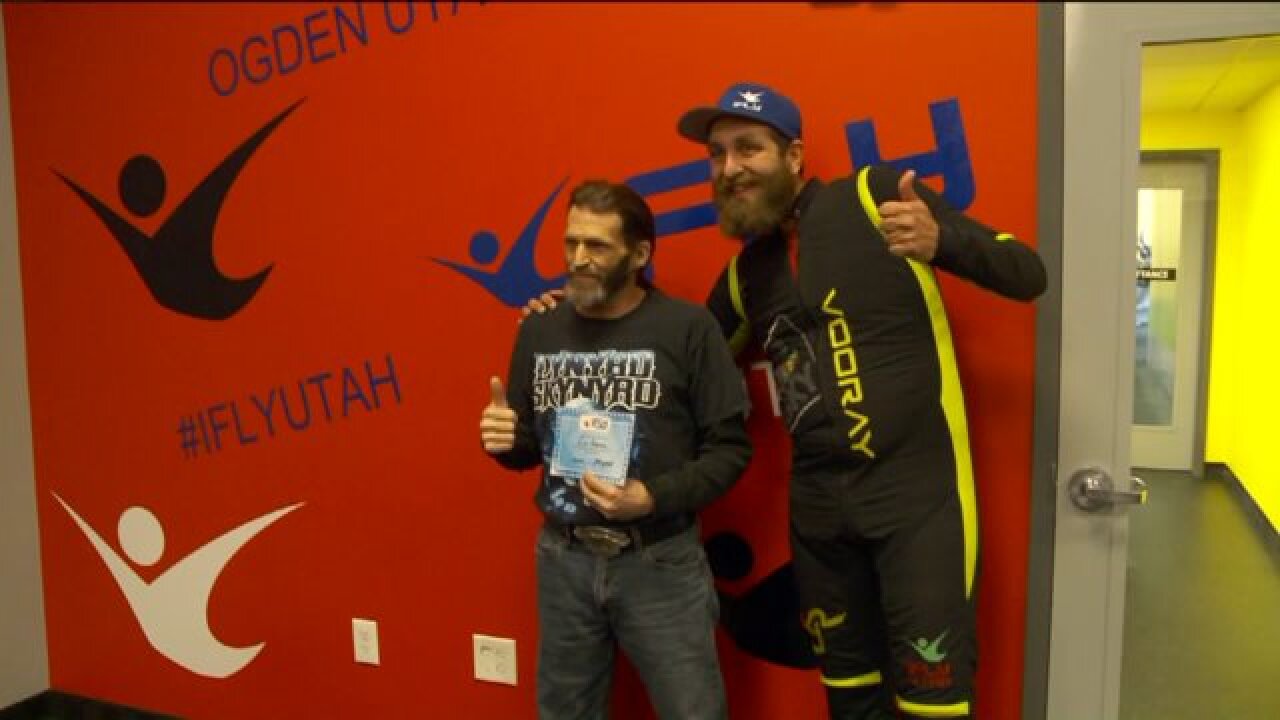 SALT LAKE CITY -- "The Inn Between" is a place that cares for people with terminal illnesses who are not quite ready for hospice care.

Besides providing a safe, clean place for people in those circumstances, it also works with community nursing services to offer residents "a senior wish."

One of those residents, Jim Adams, recently had his high-flying wish fulfilled. Adams is one of the first residents of The Inn Between, which opened last August.

"And they have this great senior wish program, and that's why we're here today,” said Kim Correa, executive director for The Inn Between. "Jim selected to come to iFLY and do a skydiving simulation, and he's really excited about it, and he's been talking about it all week."

Adams is a veteran but never jumped out of a plane. Now, iFLY is his closest chance to live that dream.

“Like the dreams you have when you're a kid [of flying],” Adams said of his dream to go airborne.

“I hope he has a blast,” Correa said.

Adams was more certain: "It's going to be a blast."

And, a blast it was. Adams experienced simulated skydiving at iFLY Utah in Ogden.

Adams said he was laughing the entire time he was in the simulator, and, after getting a little experience with it, he took off with his co-pilot.

When he got out of the simulator, he said he had a case of the "mores", meaning he wants to do it more and more. But, he said he knows he probably won't get another chance.

“Well I figure I've got eight months at the most I have left, and I’m going to enjoy every day and this is one of the better days,” he said.

Through The Inn Between, Adams has re-established contact with his daughter, who lives in Australia.

She’ll get a copy of a photo and the video of his flying experience.

Adams said he would recommend the experience to others: “Oh, yeah that's great, that was great: Should have one in every home, ha ha!"

Since opening last August, The Inn Between has served 29 individuals and experienced three deaths with dignity.

It has room for 16 patients right now, but the center is hoping to expand their operation up to 40 rooms at the Guadalupe Center building in Salt Lake City.

For more information about the center and the ways you can help, click here.