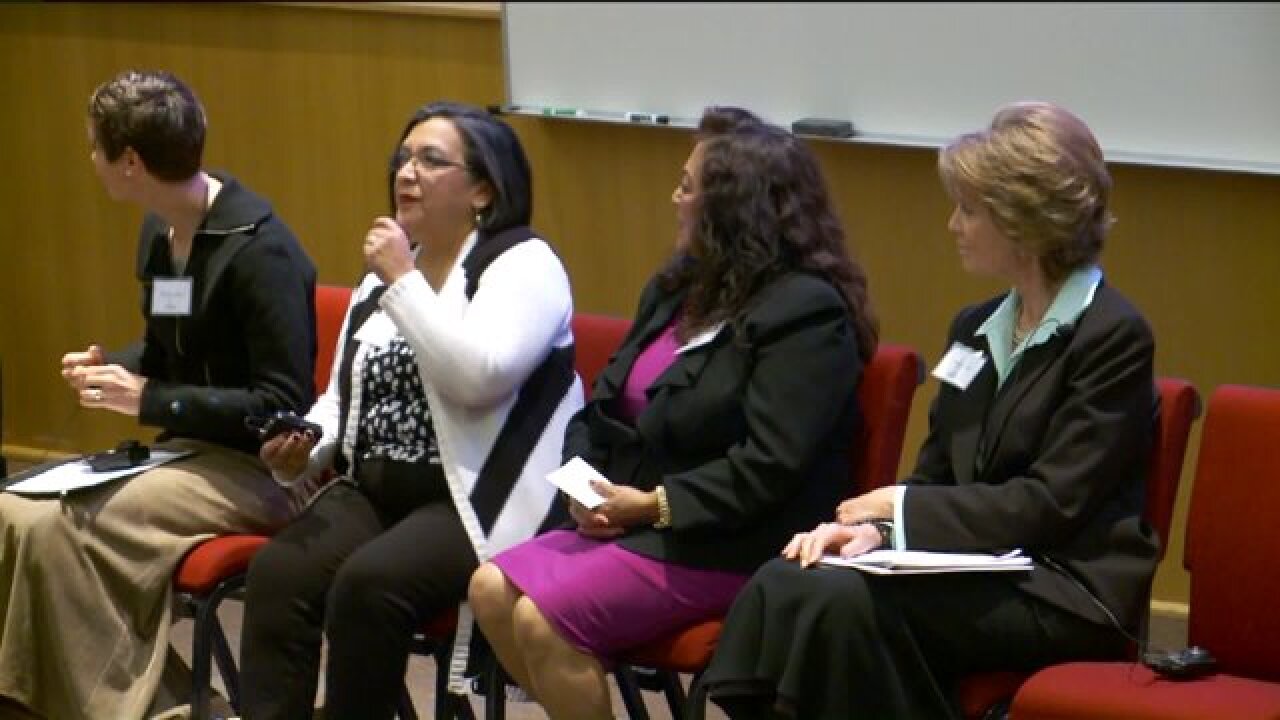 SALT LAKE CITY – The group “Real Women Run” is on a mission to close the gender gap in Utah politics, and Saturday they hosted a training session aimed at encouraging women to seek public office.

Saturday’s training helped provide women with the tools and resources they need to campaign and get elected.

"It’s critical that we do more to encourage women to be part of the process because they make a difference when they serve,” said Debbie Walsh, Director of the Center for American Women and Politics.

Women make up about 50 percent of the population, but they account for less than a quarter of the elected officials.

"Our country, our states, our cities: They’re facing all sorts of challenges right now, and it’s kind of foolish to leave half the talent off the table," Walsh said.

Real Women Run is hoping to change that statistic.

At a workshop on the Salt Lake Community College campus, more than 150 women came to learn about running for office and working on a campaign.

And the teachers are local politicians who are leading by example.

“This is important to you, and it's also important to the community,” Utah Rep. Rebecca Chavez-Houck, D-District 24, said during the event.

"In the state of Utah there is a certain mindset about what a woman should be doing in her life and that’s being a wife and a mother,” Valdez said. “So part of the challenge in this particular political environment is convincing individuals that a woman’s place is where she wants to be.”

But, Real Women Run say it’s those experiences in the home that make women great leaders.

At present, only one woman serves in Utah’s congressional delegation, Rep. Mia Love, a Republican representing Utah’s Fourth District. There are no women currently holding statewide office in Utah.