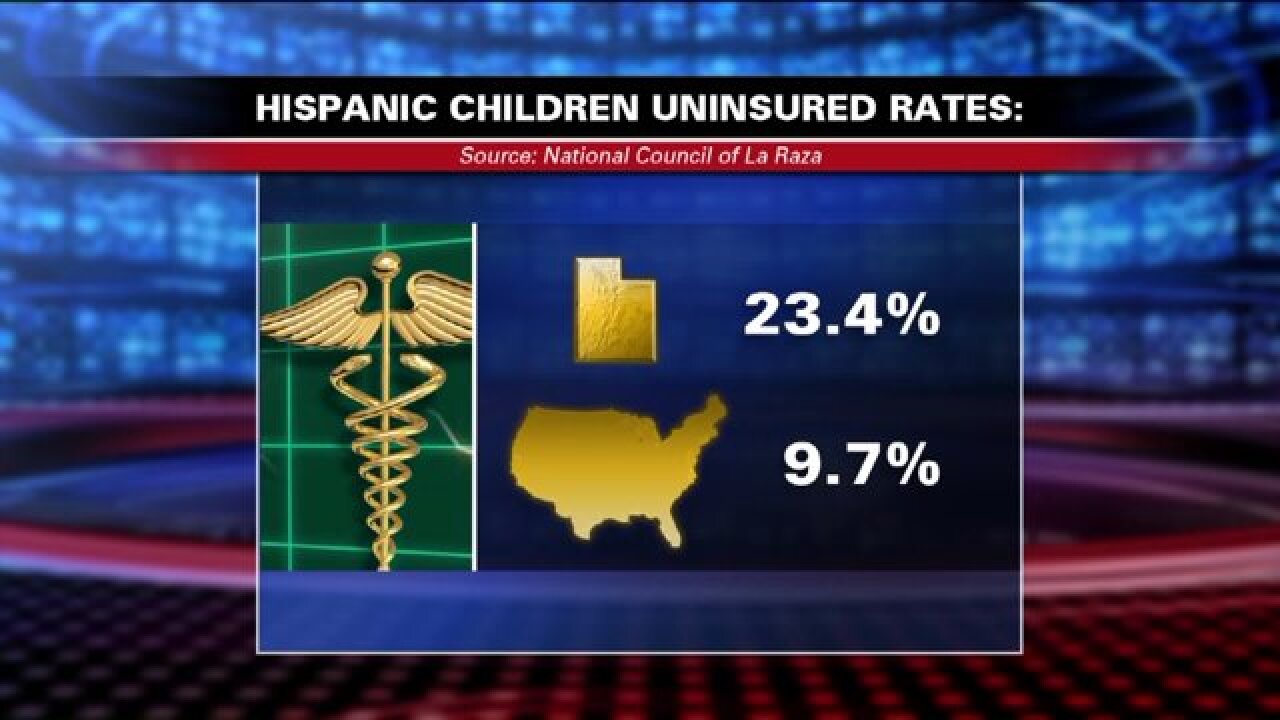 SALT LAKE CITY – Utah ranks dead last in the nation when it comes to insuring Hispanic children. That’s according to a report released Friday by the National Council of La Raza.

During the first year of the Affordable Care Act, 23 percent of Hispanic children in Utah did not enroll in health care coverage. That’s more than double the national rate of 9.7 percent and an all-time low.

“This is consistent to what we've seen in previous years, but it's very alarming,” said Jessie Mandle with Voices for Utah Children.

What’s behind the numbers? Mandle says parents may not realize their child may qualify for Medicaid or the Children’s Health Insurance Program (CHIP), or they’re afraid because of their immigration status.

"Often times, parents don't enroll and so they don't thing their children are eligible either," Mandle said.

One solution is to restore funding for CHIP and Medicaid outreach.

“The rules themselves are very confusing, and there's not a lot of outreach funding to help families learn,” Mandle said.

Another recommendation is to remove the 5 year waiting period for lawfully residing immigrant children to get Medicaid, another is allowing kids to stay on it for a year at a time.

“Even if a parent gets seasonal or temporary job and they get a slight bump in their income, the child will maintain continuous coverage in Medicaid,” said Mandle. "We have that in CHIP and we've seen the benefits, but we don't have it in Medicaid.”

Her Salt Lake City district is predominantly Hispanic. She says the key is to expand Medicaid coverage so all families can benefit.

“We need to be compassionate and supportive of our mixed-status families,” Romero said.

Advocates agree it's a discussion they hope to hear more about at the upcoming legislative session.