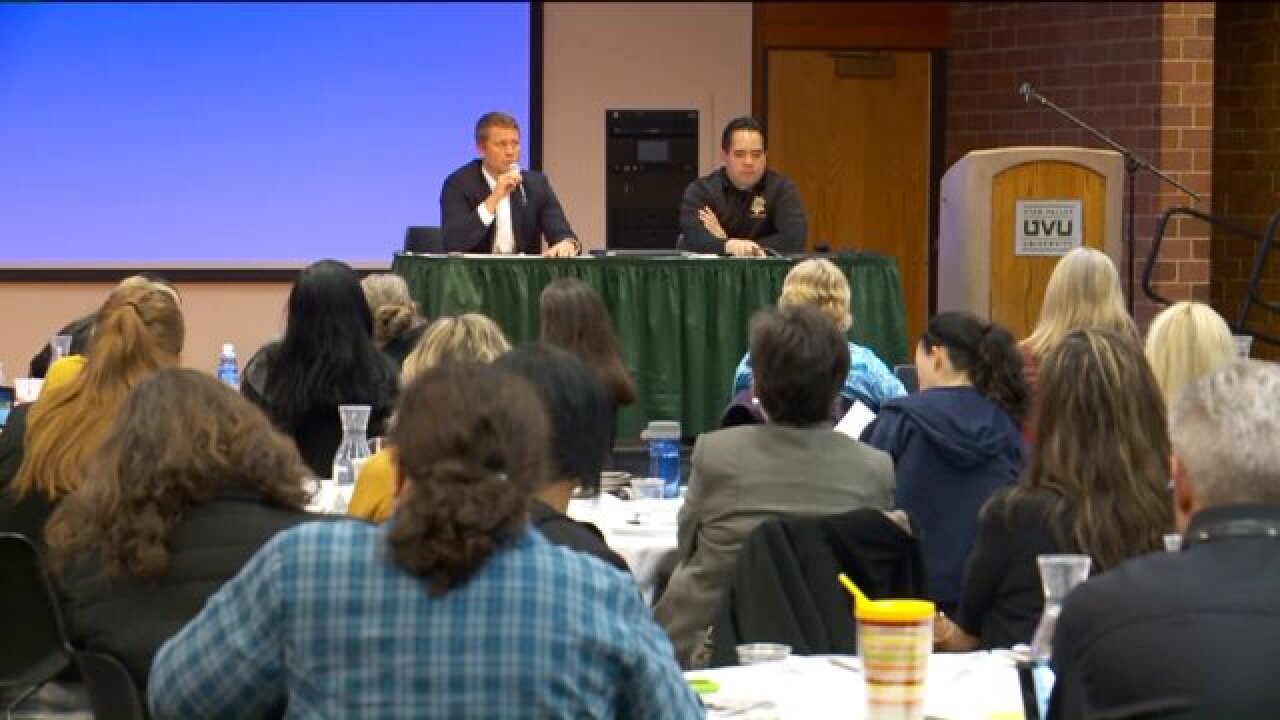 OREM, Utah -- What kind of convention talks about slavery? A gathering of historians, police, or civil rights activists?

At Utah Valley University, it was a symposium on mental health.

The reason, says Tim Ballard, CEO of Operation Underground Railroad, is that slavery is a pervasive modern crime with traumatized victims.

“There are nearly two million children that are forced into the commercial sex trade in the world today,” Ballard told Fox 13.

Operation Underground Railroad operates internationally from a headquarters in Draper. They find ongoing operations and fly in to help police locate and sweep up the slavers, and free the people involved.

Ballard spent 12 years as an agent with the U.S. Department of Homeland Security investigating human trafficking. He says he formed the non-profit to bridge enforcement agencies with others who can aid the fight against slavery, which he calls the “fastest growing criminal enterprise in the world.”

Utah’s Attorney General is a key ally for Ballard’s organization. Sean Reyes accompanied the group on a raid in the jungles of South America, and he says the problem does extend to Utah.

Reyes said lawmakers at every level need to rethink the nature of prostitution as a crime, so that sex slaves aren't victimized again by a system that sees them as criminals instead of victims.