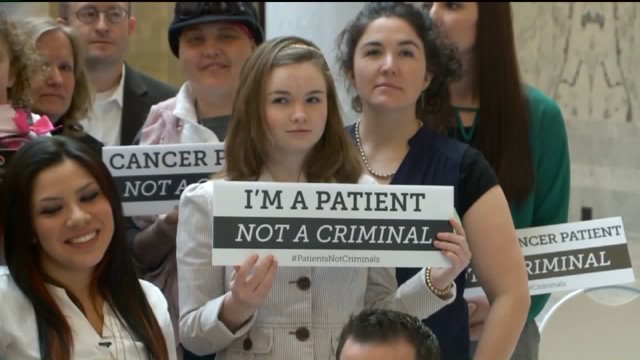 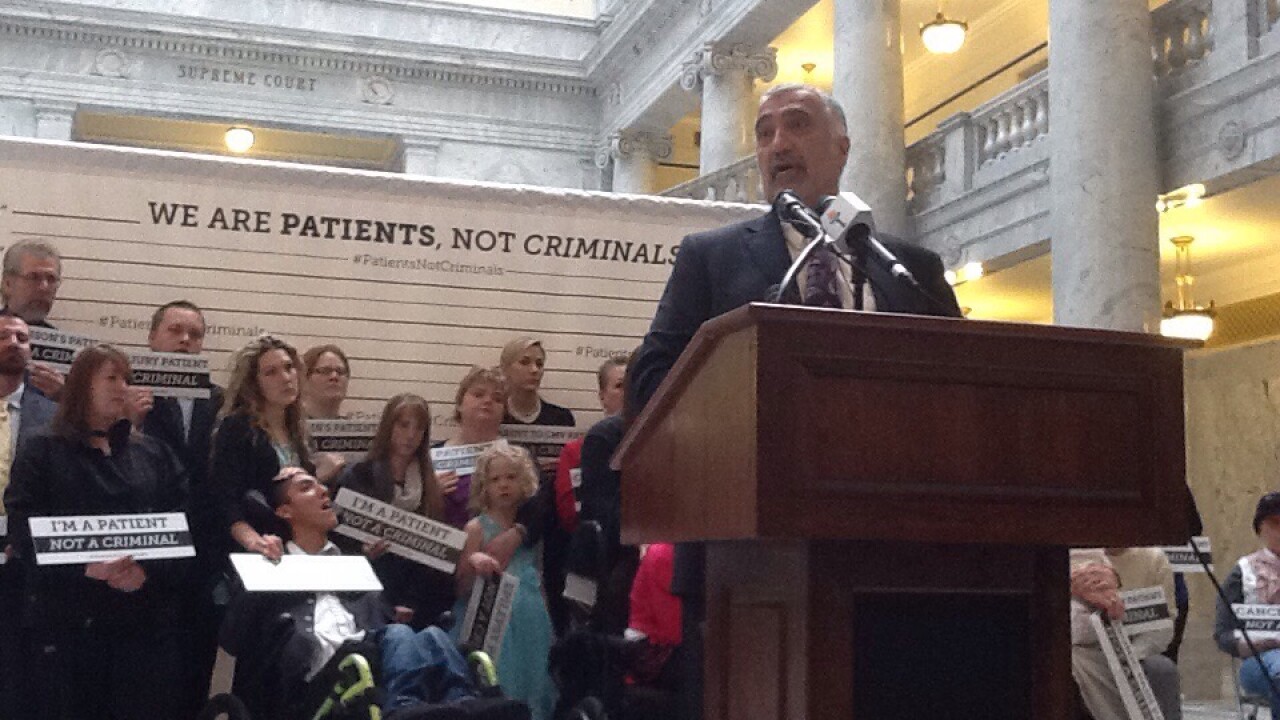 SALT LAKE CITY -- District Attorney Sim Gill appeared alongside dozens of people who have admitted to using medical marijuana in a show of support for legislation that would legalize it in Utah.

"We need to start thinking about our public policy," Gill said Wednesday.

A pair of bills are being introduced in the upcoming legislative session that would allow medical cannabis in Utah -- but with different impacts. One bill by Sen. Mark Madsen, R-Saratoga Springs, was unveiled Wednesday ahead of a news conference by the Libertas Institute, a Libertarian-leaning think tank that is backing his bill. It would allow for medical cannabis with THC to be distributed through the Utah Department of Agriculture and the Utah Department of Health.

The other bill, sponsored by Rep. Brad Daw, R-Orem, would allow cannabidoil under similar state regulation. Both bills are expected to be debated by lawmakers.

On Wednesday, dozens of people stood in the Capitol rotunda to pose for a "family mugshot" to insist they are not criminals for using medical cannabis.

"I never thought I'd find myself being a criminal after putting people in jail for using marijuana," said Allen Larson, a retired police officer who admitted to using it to treat Crohn's disease.

"It helps with the tremors and the pain," he said.

Gill told FOX 13 he is not supporting one bill over the other, but favored medical marijuana in the state.

"I think the legislature in the 21st century can certainly come up with a pathway to prescription and access to medical marijuana, and we need to recognize our antiquated drug policies as a blanket policy is a failed policy," he said. "It does not capture the complexity of individuals who are in our community with medical needs."

Gill said Utah law forces him to prosecute someone for marijuana possession. However, he admitted to FOX 13 he might offer a break to a defendant who could show it was being used for medical treatment.

"We may offer a plea in abeyance. We may say you won't end up with a conviction and go through the processes that are available to you," Gill said.