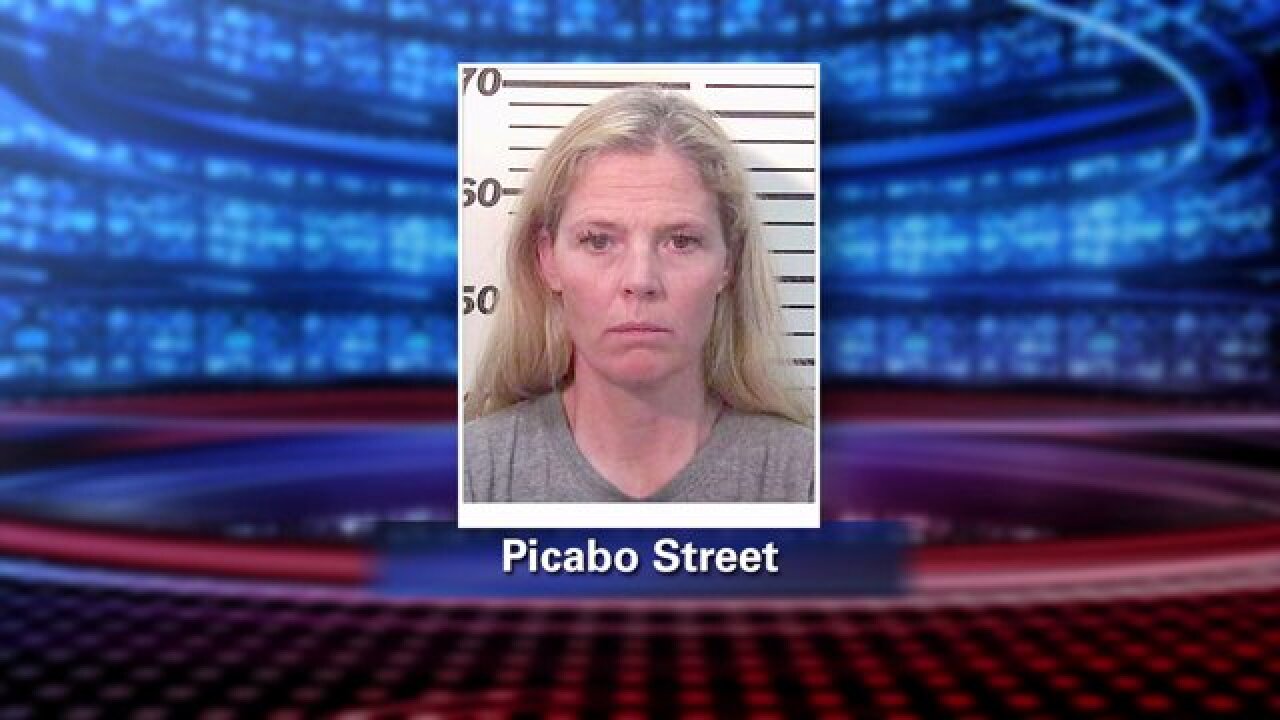 WARNING: The audio of the 911 call embedded below features at least one usage of profanity. Viewer discretion is advised.

SUMMIT COUNTY, Utah -- Olympic gold-medalist Picabo Street was arrested in Park City last month after she allegedly pushed her father down the stairs and locked him in a basement during an argument, and audio from 911 calls made after the incident shed additional light about what may have transpired.

Street, who won Olympic gold in the women's Super G while representing the United States in the Nagano Games in 1998, was booked into jail and faces charges for domestic violence assault and domestic violence in the presence of children.

The charges stem from an altercation with her father on December 23, and according to the 911 calls things began after Street said she spent an hour shoveling snow to allow her parents to leave her house, and then her father accidentally struck the house with the vehicle while trying to leave.

During the 911 call, Street claims her father, Roland Street, started yelling at her and calling her names after the collision. She said she told her dad to get out of the way and go downstairs so she could get her mom home through the snowy conditions, and she claims he then attacked her during the ensuing argument.

However, a woman who Street addresses as "Mom" at one point can be heard in the background, contradicting some of Street's claims.

“My father just tried to attack him me in my own house in front of my children," Street can be heard saying on the 911 call.

Shortly after, another woman can be heard saying: "You attacked him!"

Dispatcher: “Has it calmed down now?"

Picabo Street: “I put him downstairs, I don’t know what he’s doing."

Dispatcher: “What do you mean you put him downstairs?”

Dispatch: “So did he fall down the stairs, does he need medical maybe?"

According to police, Roland Street told officers his daughter got angry about the accidental collision with the house and began yelling at him. He told police his daughter grabbed his shoulder and shoved him down the stairs, where he fell down two flights and possibly hit his head.

The audio briefly ends before picking up a short time later, and it sounds as if Street and her mother are arguing about the details of the incident.

Picabo Street: “You’ve got to be kidding me, Mom: look what he did to my hair!”

Other voice: “I’m not kidding you at all.”

Picabo Street: “Look what he did to my hair.”

Other voice: “I saw what you did to him.”

Other voice: "You attacked him!"

Picabo Street: "He attacked... Oh my god are you kidding me? He scratched me on my face.”

Other voice: “You threw something at him.”

Later, Street can be heard explaining to the dispatcher they are snowed in and she isn't sure if her mom and dad would be able to drive back to Ogden. After exchanging some details, the call ends, but a second recording relays another call where Street said things had calmed down and she planned to leave, but is asked by the dispatcher to stay put.

Picabo Street: “So things have calmed down quite a bit here. My father is staying downstairs and isn’t going to perpetuate the situation anymore. I’m gonna try and get out of the driveway with my mom and my children and take her to Ogden.”

Dispatcher: "Wait for just a few minutes for officers to arrive, they’re super close. Because 911 was called, they have to make contact either way.”

Picabo Street is scheduled to appear in court on the charges February 16.

Despite the arrests, members in the community who spoke to FOX 13 seem puzzled by the allegations.

“She’s a good neighbor, a good mother. I have nothing bad to say about her," said Charlene Nestel, who lives just two houses down.

FOX13 attempted to reach out to the US Ski Association Wednesday, but they declined comment. A call to Fox Sports, where Street worked as a commentator during the 2014 Olympics, received a similar response.

Police in Park City likewise declined comment, saying the case had been turned over to the City Attorney's Office.