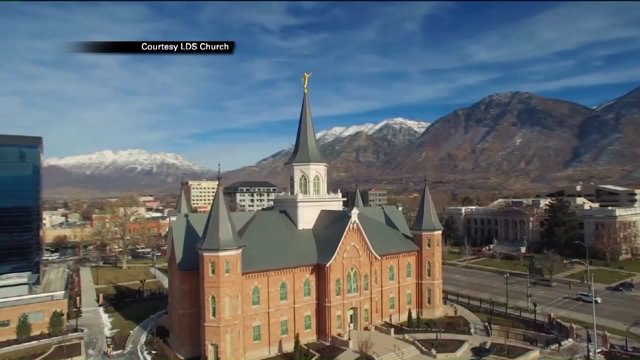 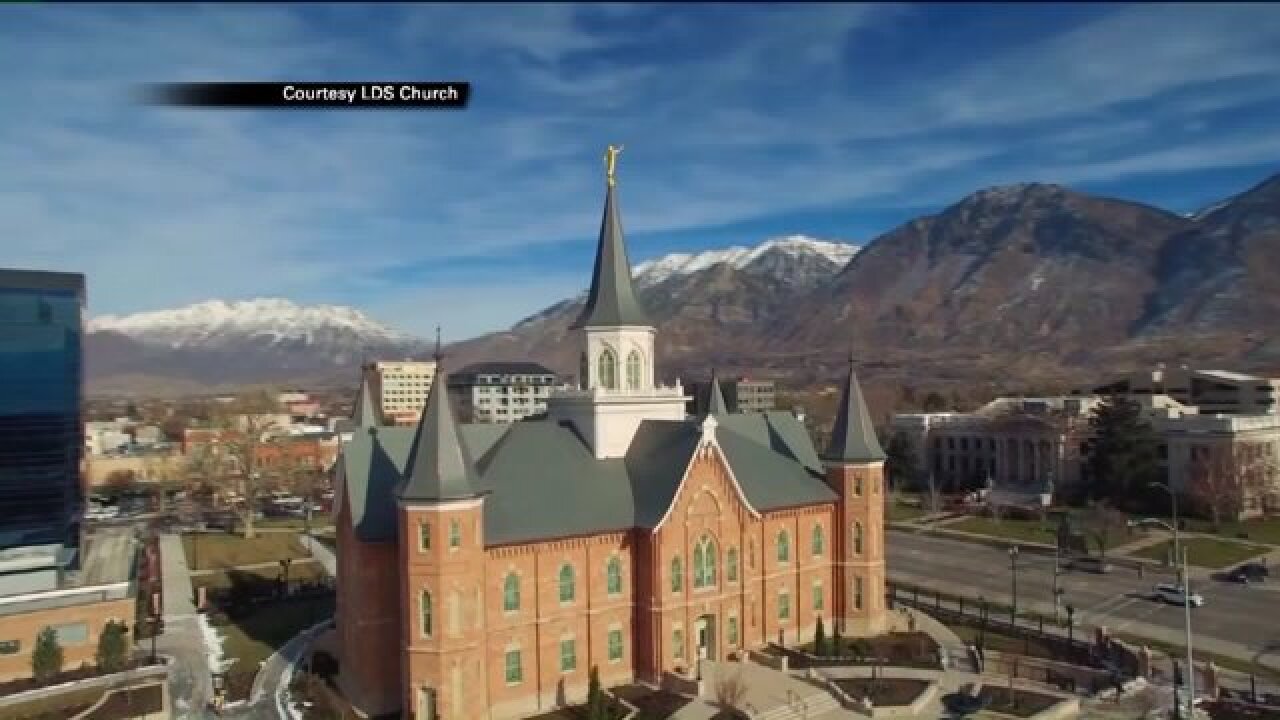 PROVO, Utah – On the outside, there’s no denying the grandeur of the Provo City Center Temple for all to take in, but it’s the work performed inside the building that leaders of the Church of Jesus Christ of Latter-day Saints say is the most beautiful and sacred.

In December 2010, piles of debris were all that remained from an accidental fire that destroyed the more than 100-year-old Provo Tabernacle.

A year later, President Thomas S. Monson revealed its new purpose – it would be transformed into a temple. The second one in Provo and the 150th in the world.

“Temples really, literally are the house of the Lord on this earth,” said Rosemary Wixom, LDS Primary General President.

On Monday, Wixom and other leaders gave the media access inside the 85,000 square foot building. All throughout the building there is a memorial to the pioneer past.

Designers stuck with the Victorian Gothic them of William Folsom, the original architect.

“Much of the woodwork, the millwork, the glass, the artwork, and even the gothic nature of the interior as well as the exterior windows reflects his great efforts,” said Elder Kent F. Richards, Executive Director of the LDS Temple Department.

A three-story staircase crafted out of wood leads to a celestial room, covered with unique art glass.

The main entrance has a reclaimed glass image of Jesus Christ from the early 1900s that came from a Presbyterian church in New York that was demolished.

Halls and rooms are lined with paintings and murals from local artists. All furnishings are brand new with one exception – a piece of wood from the tabernacle podium.

“It now sits right behind us in the chapel area and it’s part of a podium there; reconstructed to look like the original podium from the tabernacle,” said Richards.

All these elements make up a rare gem for the LDS faithful to partake of as they enter these doors to become closer to God.

“It’s a personal experience when you go inside because of what you learn there, what you feel and the personal revelations that comes to one who is there,” Wixom said.

Tours for the public will begin Jan. 16 and run through March 5. Ticket information can be found here.The temple will be dedicated March 20.